To celebrate its third anniversary, it's worth saying in general what a great album this is. Though most of the songs are on Dublin Live, and though I love the way most of them are done, listening to the studio album versions again, they have effects and subtleties which the live performances don't always get, because the album is much quieter, slower, gentler and more meditative. 'Going Home' is really a much wryer and subtler song on the album than when everyone is just waiting to cheer the line 'He's a lazy bastard living in a suit'. LC is more is at the centre in the studio album versions, the backing vocalists don't dominate quite so much at times. I prefer Amen with the violin, though, and at a faster pace, as on the tour, and would want to balance the studio 'Come Healing', in which we have a gentler, deeper Leonard, with the Dublin version, where the Webb sisters are singing with more confidence and are really angelic, and the violin is once again sublime.
Last edited by AlexandraLaughing on Wed Jan 28, 2015 6:30 pm, edited 1 time in total.
Top

Thinking again about the difference between the ways these songs were performed on the studio album and the way they are performed in Live in Dublin, I would sum it up as 'more sad'.

It's an interesting contrast with Popular Problems, which does also have some heart-rendingly sad songs, but also more celebratory ones.
Top

Hm. Is it an unanswerable question?
Roman aka Hermitage Prisoner
Top

Hm. Is it an unanswerable question?

Well, it is very difficult to choose just one song. I was going to ask you if we are allowed to vote more than once. . .(I voted only once so far because I assumed your answer would be "no". ..)
Top

holydove wrote:(I voted only once so far because I assumed your answer would be "no". ..)

You got my idea right, Rachel

Thanks for voting and sorry for starting such a cruel poll!
Roman aka Hermitage Prisoner
Top

My vote went to Darkness, of course.
Roman aka Hermitage Prisoner
Top

The same poll in our Russian community group: 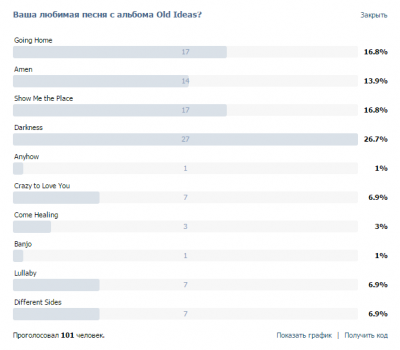 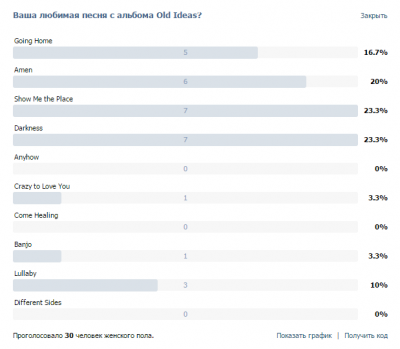 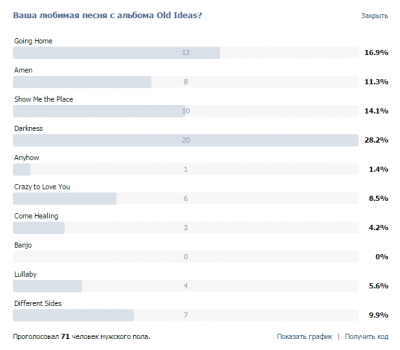 Well this FEMALE voted for Different Sides here!! Actually it was the subject of my Leonard inspiration today!! 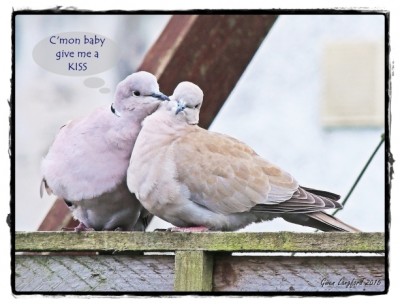