29 August 1970: An interview with Leonard Cohen

29 August 1970: An interview with Leonard Cohen

From the archive, 29 August 1970: An interview with Leonard Cohen

Originally published in the Guardian on 29 August 1970: Leonard Cohen talks about his music and poetry just before an appearance at the Isle of Wight festival 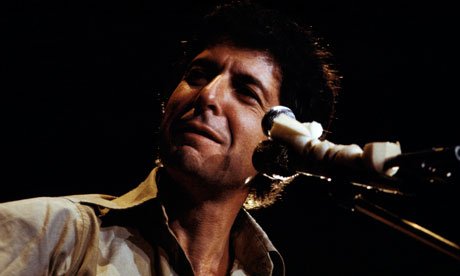 His last LP was "Songs from a Room"; and that is where they mostly seem to belong, with lonely listeners. His concert at the Royal Albert Hall in May brought a full house to cheer him; but left him unsatisfied, conscious of some fouled communication line. Leonard Cohen does not seem a natural for the Isle of Wight pop festival. But there he is with his songs of anger and love and revolution.

It is the second time he has sung at this kind of jamboree. The last – a much smaller affair – was at Aix in the South of France, where he had a noisy verbal tussle with the Maoists. They objected that he had taken money for the concert. Afterwards he wrote a poem. The last lines run: "Let the proprietors of the revolution know that the man who wrote a song the people loved was a thief." He had Villon in mind. And perhaps if any song says "Où sont les neiges d'antan" in English and for 1970 it is Cohen's"

It seems so long ago
Nancy was alone
Looking at the Late Late Show
through a semi-precious stone.

His songs are like that. Simple, sad lyrics spiked with a few of those ringing, oracular lines that thrill the romantic young of all ages: "Even damnation is poisoned with rainbows."

It is simplest to call Cohen a poet who sets some of his poems to music and performs them: and they are some of his best. Some in his collection "Poems 1956-68," are that by courtesy title only; if you didn't call them poems you would have to call them doggerel. Others reach to Whitman's knee (and might almost have been learnt there). Still others to some unmentionable part of Ginsberg (though Ginsberg would certainly mention it). But at their best they have a fine wry way of expressing our common ache.

Poems have again been his recent concern as a writer. Not long ago he handed in a collection, "Songs of Disobedience," to his American publisher; then withdrew it, because he was dissatisfied with it. Whatever he felt in the past his disregard for writing is now apparent: "I blacken pages," he tells you. "I'm not a writer...the writing is the ash of the experience." The life style is all. And his style, you feel, is not the waving acres of heads on the Isle of Wight, or the Monte Carol suite at the hotel where he touched down en route.

He is a lean man, with an eaglet face and a sleepy-sounding voice, almost inaudible at a yard's range. He sits on a step in his safari suit and his open neck shirt and wonders just how that life style might be described; without success. He spends most of his time in a house he rents on a farm in Tennessee, in a landscape of bleakness and rattlesnakes. After his current tour, and a later one through American colleges, he will pull out for a while. Probably to Montreal because, he says, "I am naive enough to have fallen in love with the place where I was born."

He is 34 now, and that is getting near the limit even for the quieter kind of enfant terrible. The style, you sense, is changing. So is the tone. And the tone is important and consistent through his output. The songs, the poems, the performances seem to exist in the same continuum with his novel, "Beautiful Losers," published here this spring. "Beautiful Losers" is in particular about Catherine Tekakwitha first Canadian-Indian saint of Mother Rome; about the narrator's relationships with his wife and their shared lover. By extension is is about the attainment of sainthood through the ecstatic resignation of the masochist, about martyrdom as aggression.

When you ask Cohen to identify this continuum, the answer is: "I am a documentary." But his writing and his songs are never documentary in the conventional sense. He works at a remove from reality in all the forms he uses: what he writes is parallel with experience: true to it but never, by definition, meeting it.

http://www.theguardian.com/theguardian/ ... rview-1970
We are so small between the stars, so large against the sky
Top
Post Reply
1 post • Page 1 of 1