This was my only concert of this tour, and I delayed my return to Hydra to take it in (never seem to be in the right place at the right time).

While I of course enjoyed it, I am frustrated at Leonard's indifference to the beat he himself as written, often ignoring entirely the bar he is supposed to come in on, and then rushing the lyrics to catch up. I consider Everybody Knows to be one of his all time greatests, and perhaps his most beautifully bitter song, but it really has to be thumped out in time, every juicy line spat out with real venom ... yet Leonard has taken to delivering it in a totally laid-back style. "Hey, man, everybody wants a box of chocolates and a long-stem rose, don't they man? I mean, cool man."

It was frightening to think he was last at Bournemouth five years ago. Feels like only yesterday. How old we are all growing, and so fast.
“If you do have love it's a kind of wound, and if you don't have it it's worse.” - Leonard, July 1988
Top

It's nearly Closing Time at Bournemouth and Leonard's appreciative fans are on their feet. Soon, he'll be trying to leave us... 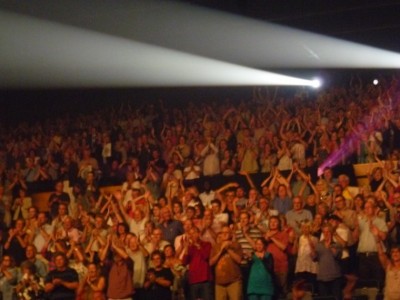 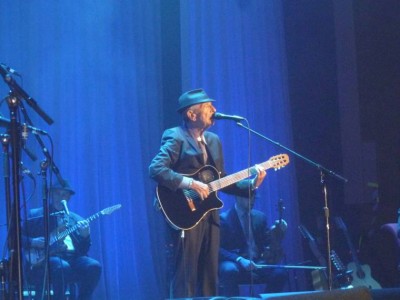 Thanks, Jilly, I don't normally get round to the Sunday magazines! The five-star review, by David Bennun, is in the Mail on Sunday's Event and all fans will agree with him when he says Leonard Cohen as a performer is now "right at the top of his game".
1972 Leeds University, 2012 London Wembley Arena, 2013 Bournemouth.
Top
Post Reply
49 posts