A couple of tidbits of information about Leonard's new album gathered from Facebook:

haunting vocal performances. stirring lyrics. classic melodies. this new Leonard Cohen album, coming out in the fall, is an absolute gem (& i had the great privilege and pleasure of producing it). album cover design by the excellent Sammy Slabbinck Collage & Illustrations, album mixed by my long time friend and collaborator, Don Miguel

And in reply to a comment about the album cover, Adam says:

I also found this. I confirmed with Robert Kory that it is true:


The final words we say at the end of reading Lamentations are "תודה וקול זמרה--from the depths of our sadness comes gratitude and song." Who better to express these emotions in words and in music than Leonard Cohen?

Leonard reached out to me in late November seeking the sound of the cantor and synagogue choir of his youth for his new album. My response: "Hallelujah!" and "I'm Your Man!" The results of his amazing invitation and our collaboration have finally become a reality!

"You Want it Darker" is the title track of Leonard Cohen's new album, lovingly and skillfully produced by his son, Adam Cohen, and scheduled for release next month by Sony Music Entertainment. Two of the tracks feature a collaboration between the favourite son of Congregation Shaar Hashomayim, its Cantor, and the Shaar Synagogue Choir conducted by Roï Azoulay.

More information to follow soon about this extremely meaningful and unforgettable experience!

About the listening: I really didn't see this coming. (But now I remember Jarkko's enigmatic smile during dinner the previous evening, while we were talking about the release of the new album "some time probably this year". This guy takes deadpanning to a new level

)
The setting was incredible. We had Sharon's superb performance first and she really set the mood. Her voice was like dark honey and her singing deep, warm, beautiful and classy. She was out for signing and talking for the first part but came back to the room for the last few songs. She just stopped near the door there, in the shadow, leaning on the wall, smiling in the dark.
And the songs... I love the new album for the first "sight". While it's definitely new and different, I felt like reading a new chapter of a beloved book, like listening to the continuation of the last two albums, like walking further on the path "Show Me the Place" set.
I can't wait to re-listening though, I miss them already and there're a lot of things to discover yet.
I think one of the songs originated in Can't take the hills/Living on pills/Book of longing (I don't know there was an official title of that song or not) but the lyric is different.

I like the repetitiveness which appeared many times before in Leonard's songs and it seems the new album is going a bit further that way, just like the last two was.

Thanks for everyone who made this listening happen. Another unforgettable memory.

Very exciting news this and great that some have now heard the new work in its entirety. More detail from those lucky few would be greatly appreciated. I am also curious as to the length (or otherwise) of the album. Did it seem particularly short or did some tracks strike the listener as lengthy? Does it sound like he has laid these tracks down with a band? I'd be doubtful of that given previous trends. And the voice- is the clip from Peaky Blinders representative of the state of his vocals? He sounds ancient which isn't necessarily a bad thing but I'd be curious as to whether the rest of the album follows along these lines.

Can't wait for the release.
Top

I freeze with fear!
Top

Would anyone agree that the cover has some resemblance? 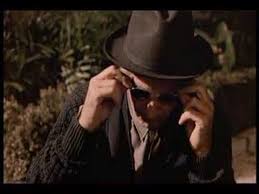 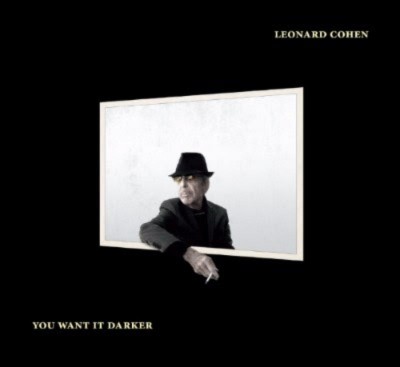 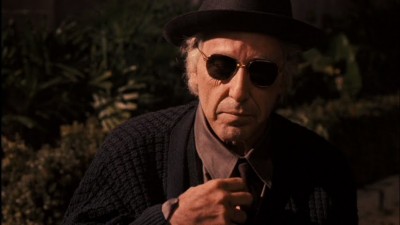 Thank you Leonard & Robert for allowing those of us at the event the privilege to hear the new album! I am filled with gratitude. The whole room was silent during every song and it was really special. The room was on high alert and almost electrified with the energy of listening with every ounce we could. What a surprise it was...
I think the new album is awesome. All of it. I loved the ones with melody and especially the Treaty. I was totally in listening mode so don't know which was which by title except for a few. I had seen Peaky Blinders and love that song for sure. I especially liked the one with the choir from your synagogue in Montreal. I only read that last night and think that is really cool and it works so well. I loved these songs from the first listen whereas usually I have to listen a few times for it to formulate for me.
The title is perfect and allows one to imagine so many things. Very sexy, dark yet the light the light is always there. My mind wanders...
The album cover is really cool. Great that Adam took the photo and produced your album. This too is truly special in so many ways.
I love your music, your voice and words. Thank you for yet another album. The world and your fans are so damn lucky!
Leslie PY
Last edited by mutti on Wed Aug 17, 2016 10:06 pm, edited 2 times in total.
1988 Vancouver
2009 Victoria/Seattle/Almost Red Rocks/Las Vegas/San Jose.
2010 Sligo x 2/Victoria/Vancouver/Portland/Las Vegas x 2.
2012 Austin x 2/Seattle/Vancouver/Montreal x 2.
2013 Oakland x 2/New York City x 2/Winnipeg...
Top

I loved it instantly...the album i have been waiting years for...deep.. aphotic and dangerous

...and I'm so glad to learn that what sounded like beautiful and mesmerising geogorian chants to my ears is an actual synagogue choir and not the output of a piece of electronic studio equipment....we all know how leonard loves his studio toys..

Can't wait to get my hands on the album..

Trying to keep my expectations in check but that last post may have sent me over the edge...
Top

JudasPriest wrote:Trying to keep my expectations in check but that last post may have sent me over the edge...

I'm sure this album is going to be brilliant , and the observations of those who have heard it support this . Having said that , and if it's not a contradiction, i'm going to work hard to have ' no expectations', and be in that sense open to the raw experience of hearing it when it comes !
Leonard's work resonates
Brighton 1979; Dublin , Manchester june 2008; glasgow, manchester Nov 2008; Liverpool july 2009 ; Barcelona Sept 2009 ;marseille, lille september2010: Ghent August 2012;Barcelona October 2012;Montreal x2 November 2012: 2013; Saint John NB April 2013; Brussels June 2013;Manchester August 2013; Leeds , Birmingham September 2013; Amsterdam September 2013
Top


What else do we know? Two songs from You Want It Darker feature the cantor and choir from Congregation Shaar Hashomayim, the Quebec synagogue where, aged 13, Cohen celebrated his bar mitzvah. It transpires that the album was played in full during The 10th Leonard Cohen Event in Amsterdam earlier this month; posts on theLeonard Cohen forum have specifically highlighted one song, “Treaty”, as a standout, describing it as Cohen “making peace, not only with his Maker, but with everyone and all things”. Enticingly, it seems that Cohen’s long-serving collaborator Patrick Leonard revealed that the songwriter is already at work on his next album: an orchestral work, no less.
Read more at http://www.uncut.co.uk/blog/the-view-fr ... sRrVjmk.99

Sorry, I experienced a spontaneous eargasm just thinking about it...
Top

Let's get this thread back on track. Can anyone else who has heard the album - or anyone who already has but can offer more - provide us with detail regarding its riches?
Top
Post Reply
337 posts

Return to “You Want It Darker”