Happy Birthday Leonard. to the greatest man thankyou for ALL your books of poems, albums, concerts etc and all the best for the future your songs and poems always make me happy thankyou have a good birthday 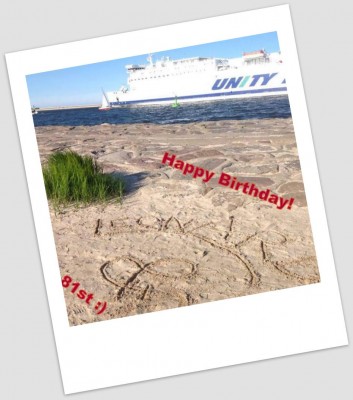 Leonard,
Thanks for all you are and all you have given. And especially for teaching me the mystery of life. I have learned to "do dum dum dum, da do dum dum" quite well over the years!

Happy Birthday to you and best wishes for many, many more! Hope to see you again soon.
Scott
Top

Happy Birthday!
Wishing you health and happiness -- and blossoms on both lemon and almond trees.

" Reality si one of the possibilities I cannot afford to ignore ". LC

Wishing you a very happy birthday. No words can express my gratitude for your songs and music and of course books.
In the hope to see you again at another concert and who knows actually meeting you!!!!!!!

Happy 81st birthday Leonard and thankyou for all your gifts , especially the ones from the past year.
Also brings back memories of being in the same 'room' as you on past birthdays - 2009 in Barcelona , 2010 in Marselles and - very nearly - 2013 in Amsterdam.....all wonderful evenings

Special thoughts for you on your birthday, Mr C.
Top

As always, thank you for you for everything you are and for the richness your work has brought to my life.

May you have an enjoyable birthday however you choose to celebrate or otherwise spend it... and a wonderful year ahead

Thank you for all the wonderful music and songs. May you continue to entertain us for many years to come.