The Dublin Event - before and after
Locked
91 posts

Time to start a new thread about our next big LC Event!

It will be somewhere in Europe - but where?

We need volunteers who will organize the 2014 Event in their home city. Someone has to be the leader of the organizing committee (with some 2-5 other active members).
The committee members have to be ready to committing themselves to a long and exacting - but also in many ways rewarding - job.
Organizers of the previous Events will certainly offer some advice, and some other help will also be available - for instance we have great graphic designers in our community.
However, all decisions and arrangements have to be made locally by the committee.

All Events are individual projects that have to manage on their own also financially; we have no reserve money to allocate.
The organizers have to fix a realistic budget based on all local costs (venues, technical equipment, booklet and so on) and an estimated minimum number of participants.

Any ideas, suggestions, volunteers - this thread is now open for your feedback.
If we get more than one candidate city, we will discuss what would be the best way to create another great Event, and where!

Just to start this ball rolling!
I know that several possible European venues have already been discussed, however, I would like to say that I would be delighted to host the 2014 Leonard Cohen Forum Event and to welcome Forum Members to Belfast.

I vote for Dubrovnik, Croatia

Lisboa would be divine, as well... with Maria Viana the perfect hostess... if she were to choose to take on such a mission.
"Be yourself. Everyone else is already taken."
~ Oscar Wilde
Top

All of the proposed locations look wonderful. I will be happy to provide any advice or answer any questions to help the organizing committee. One thing that I should mention is that Patricia O'Callaghan who released her wonderful, "Matador" tribute album, mentioned to me that she is applying for a grant that would help defray travel expenses and perhaps allow her to perform at the next event. Once the site and organizing committee are in place, I am happy to put you in touch with her.

While I certainly can't speak for her, Ali Hughes would be wonderful with her show that we were unable to put together for the Madison event. Two years later may make this more feasible.

Dubrovnik sounds perfect! A jewel of a city and I always wanted to visit it. So Paul and Juraj...... what do you think?
Top

my husband votes for dubrovnik, too. BELFAST (in summer...) or LISBOA would be cool for me. what about scandinavia or belgium?

The location is up to the organizers. We need local members to host and organize the Event.
So Jasmina, are you living in Dubrovnik, and would you like to organize our happening in 2014?

We can say what we like (I'd certainly love going to Croatia, since I've never been there), but where are the potential organisers? Scared? Tired?

Lizzy, many thanks for thinking of me, I would love to be part of that 2014 Event, though I'm not quite sure that I could make it. As you know I live in Porto and so far, besides Emilia, I don't know who else could help me.
Henning, thanks for pushing my attention for this issue

I vote for Dublin and Dubrovnik
M
Top

Spain, Croatia or The Netherlands would be my favourites.
Top

Tom Sakic, Paul Stubbs and Jurac are from Croatia aren't they? ANd they seem like men that could be good at organisation.

Personally I would not think Belfast or Dublin are good choices, the weather would always be an issue and the cities are expensive for food and drink and accomodation and we are already having the walking tour in Ireland so I think another European country for sure.

Another option would be Barcelona? Beatriz and Merixell, maybe would be interested.... These are just suggestions, I am throwing out there 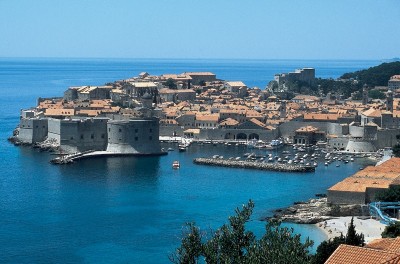 You're such a natural, M... and, you know that Henning and I did our best to convince you! If I were able, I'd sure help you.

It remains that with all of our best suggestions, until potential organizers step up to the plate and offer their HUGE services [such an undertaking these Events are], we have only dream voting to consider.

Beatriz DID seem interested in making it Barcelona when she spoke with us in Lisboa. It would be an Event with class and is worth considering. It seems she could also garner support and help from others.

Dubrovnik and Croatia both look like great possibilities, too... if we have people there willing to take on the responsibilities.
"Be yourself. Everyone else is already taken."
~ Oscar Wilde
Top

lizzytysh wrote: Dubrovnik and Croatia both look like great possibilities, too...


Maybe that meant to say "Dubrovnik IN Croatia"?

Return to “The Leonard Cohen Event in Dublin 2014”