I wrote it in Zagreb and Salzburg threads, most of chatter is the same, but the kid is gone since more than a year (as he's on tour since 2008), blessing is now gone, and Tower of Song the ordinary song, without the talk in the end. "World plunged in darkness and chaos" is there before Anthem.

majmunka wrote:I forgot to mention the nice surprise Salzburg arranged for us: there were no first and second rows which means that our fifth row tickets were actually in the 3rd row

And our 3rd row tickets were right at the front opposite Dino.

It was good to meet you at last Eva!

Hey Forum Friends,
here my photos at the meeting about 2 hours before the Concert.
Sorry to all of you , but I just can`t remember all your names , so please let me say
HELLO to all of you 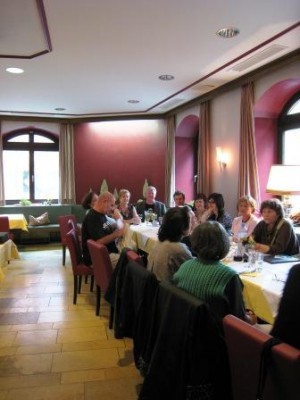 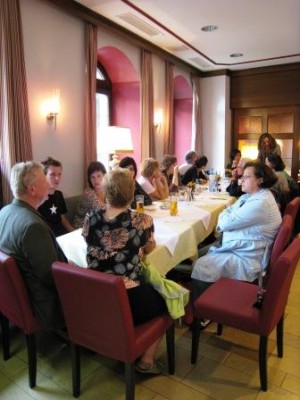 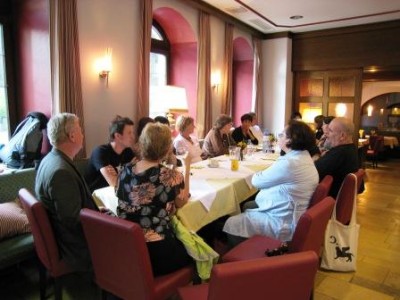 johnny7moons wrote:("just a kid with a crazy dream", "cheerfulness kept breaking through", "don't stop - don't ever stop", "don't catch a cold", etc.). Anybody spotted any new gags, asides or epigrams between the songs this time around?

Not in between talk but I noticed that "the judgements are severe" was replaced with "critics are severe" in Waiting For The Miracle. I thing there were other differences like this but I can't recall more at the moment.
One more small difference: in the Partisan there is the "I've many friends and some of them are with me" part. He changed that for the French version in Zagreb and Salzburg (no reaction at all) but used the English version in Graz so I waited for the cries.... but they didn't come.
Eva
Oh, and one more interesting detail: the audience reacted with an ovation in Salzburg for the "There's a concert hall in Vienna" part like everywhere when there are local references, but absolutely nothing in Graz.
Top 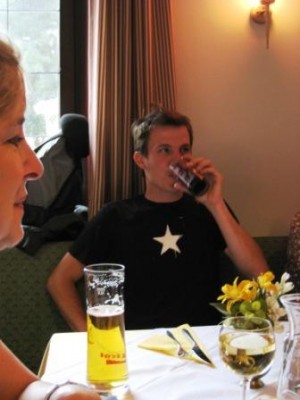 Hey Maarten, thank you so much for posting the video of " Born in Chains "

Hey Liverpoolken - Ken, I was very surprised that you still rememberd me from the "wet" Concert in Venice, you are a kind of a man ( if I may say so !) 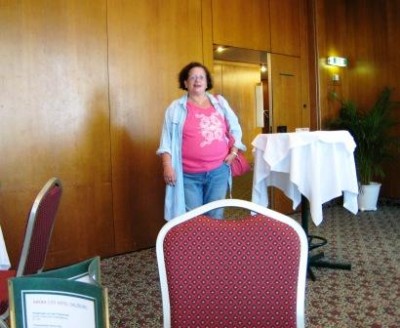 Hey Marina, thank you for so many hours of laughter , talking and much more laughter... I`m glad to meet you in Salzburg !!!

Mabeanie1 wrote: It was good to meet you at last Eva!
Wendy

And you, Wendy! I hope we will meet again in the future.
Eva
Top

and here are my Concert photos

There will be a few more photos , coming tomorrow 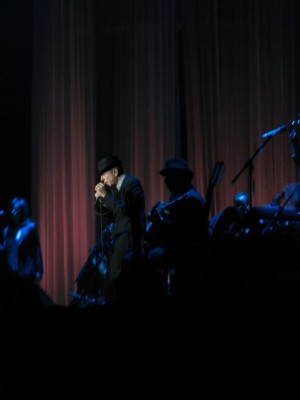 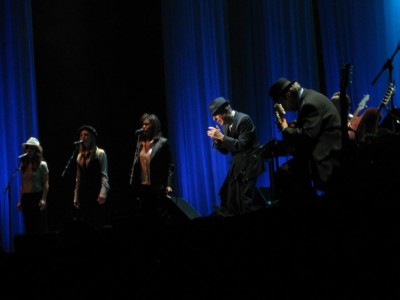 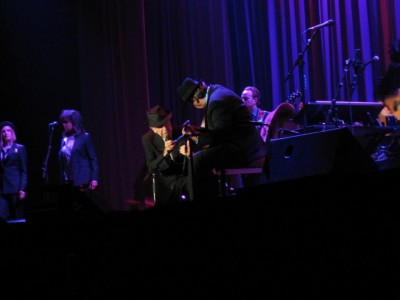 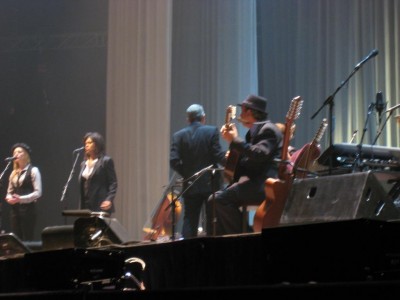 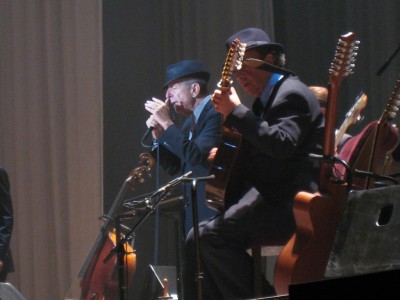 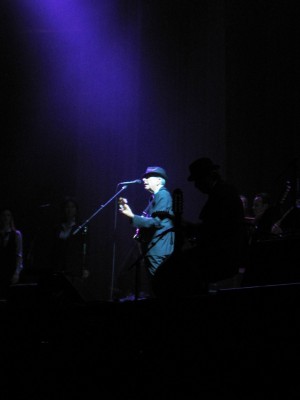 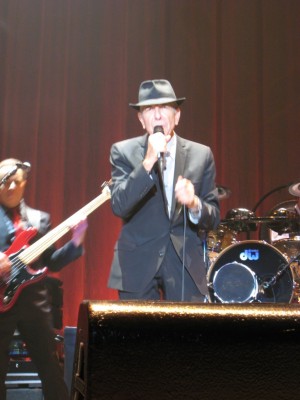 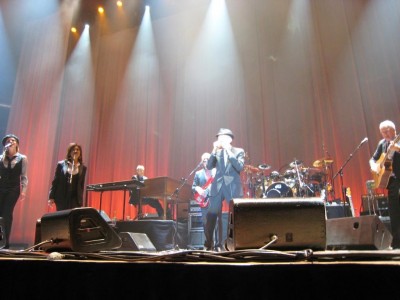 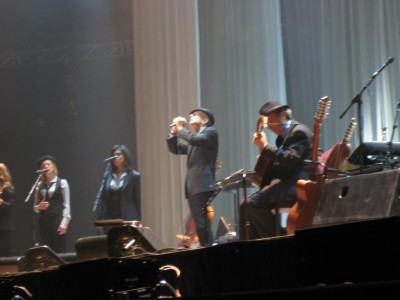 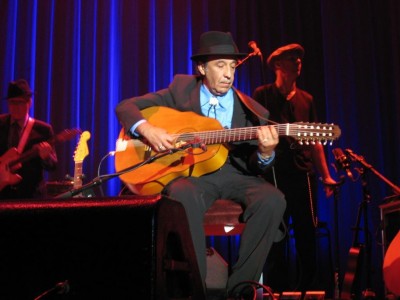 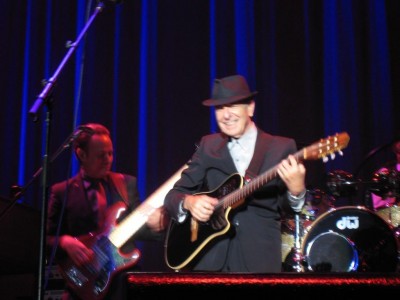 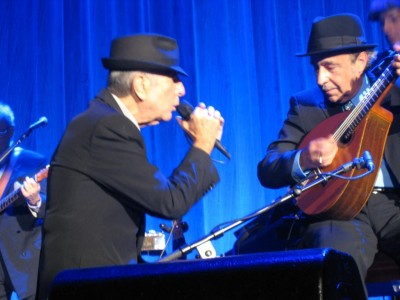 (I just posted this on the Zagreb thread)

I would like to take this opportunity to extend the highest compliments to you and to thank you for making this Forum such a grand place for Cohenites. Your posts have always been of the highest calibre, informative and entertaining.

These past few glorious days, you excelled even yourself with your hard work leading up to the meet-ups and recent concerts and your many valuable posts following the concerts.

I am in awe of your knowledge base, your passion and your conscientiousness. We are very lucky to have you as one of the integral leaders on this forum.

......at the meet up after the salzburg concert jarkko and andrea caught in a deep discussion about who is going to pay for all the beer on their table 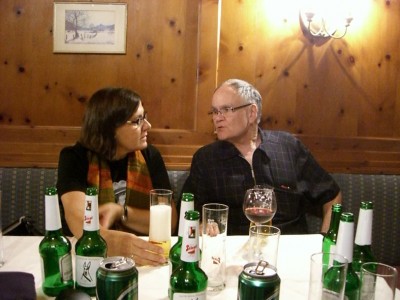 I uploaded Feels So Good from my cell phone. Mediocre picture but excellent sound, <ou can hear how crytsal it was in Salzburg Arena.


I have half of Born In Chains, didn't think to upload it but maybe I should, if it could help us to do transcript of the lyrics.
Leonard Cohen Newswire / bookoflonging.com (retired) / leonardcohencroatia.com (retired)
Top

I have a feeling that Juraj's brilliant audio recording of Salzburg is going to be the definitive recording for this tour...

...i will send you a mp3 of Born In Chains for you to upload.....ta ken
Solitudine non é essere soli, é amare gli altri inutilmente - Mario Stefani
Top

Thanks for the pictures Susy!