I was at Paul McCartney's gig on Sunday night at The O2 Arena Dublin and I must say that this gig was simply amazing and most definately on a par with Leonards gigs in the summer. As a lover of all things Beatles it was a dream of mine to see him in concert and I wasn't to be disappointed. My review of the gig can be read here

and photos can be viewed here

and a little treat as this is after all a Leonard Cohen forum. A little mosiac I made of the photo I took of Leonard during So Long Marianne using all the other photos from that gig

Hi musicmania, great pictures from Paul McCartney's concert, thanks for posting them. I saw him at Coachella last April after watching Leonard perform. What a great show he and his and band put on and I have to say I also enjoyed his performance as much as Leonard's. I was so lucky to these two legends in one evening. Music doesn't get much better than what those two have to offer!

Steady on girls! Macca on a par with Leonard...are you sure?...I mean are you REALLY sure?! I've no doubt it was a great gig, even though I wasn't there (though I've seen him live on TV), but you're stretching my imagination beyond its limits to suggest that it was as good as Leonard. Don't get me wrong...I love much of Paul's work with the Beatles, and his contribution to "Revolver" teeters on genius, but are the last forty years not just a trifle befeft? As a friend of mine once said - Paul's best work was when he was dating Jane Asher. Okay, "Ram" was a good album, and "Flowers in the Dirt" not bad, but what else? (this is where "Band on the Run" and "Venus and Mars" usually get mentioned, but I'm not so sure...). Doesn't some of Paul's other work verge on the cringeworthy? All that said, I rather wish I'd gone to O2 last night...I've got a lot of respect for Paul, and the way he stayed with Linda. He's also been a good friend to Brian Wilson, and danced like a fan at one of the "Smile" concerts that I attended (as it happens, I managed to shake his hand and thank him for his loyalty). Talking of Brian Wilson, he's the only artist I can think of whose band can put on a show that is of comparable excellence and spiritual uplift to Leonard's. However, even though I think that he too is a musical genius in his own sphere, I could not possibly compare his individual performance with that of Leonard. One last thing... I see that the Webb Sisters went to see Macca last night, and put some pics in their Facebook fan page. It seems that they, enjoyed it, too!

P.S. I did get to see George Harrison (my favourite Beatle) live in 1990, and he was excellent...but I would still not rate the concert as highly as Leonard's.
Top

Hi John, just to set the record straight, I do not think Paul is on the same level as Leonard as a person or as an artist, not a lot of people are. I think Paul can be a bit full of himself and except for a brief flirtation with transcendental meditation has not reached the same spiritual and personal growth as Leonard. But that being said he puts on one hell of a show and very few artists have recorded as many hits and has had such an affect on a generation as Paul and the Beatles have.
I was fourteen when I first saw them on The Ed Sullivan show. Their songs were relatively simple but as the times became more exciting and complicated so did their music. Lennon and McCartney wrote some pretty amazing lyrics and the fact that they could go from I Want to Hold Your Hand to Yellow Matter Running from a Dead Dog's' Eye is pretty astonishing. The Beatles for a lot of us represent an exciting time in our lives and histories that will never happen again. Hearing him do songs from The Beatles and even Wings was really moving and nostalgic. And the test of time shows what great a group of artists The Beatles were . There were kids next to me in their twenties who knew every song, as there were during Leonard's show. Good music is good music.
That being said no one holds a candle to Leonard as a songwriter. I am moved by his art and his humanity. He is one of a kind. I have been to ten of his concerts and plan on more. I have only seen Paul once, but I have to say it WAS a great show!.

Macca has said he doesn't expect to equal the songs he wrote in the sixties, though I still maintain that 'Maybe I'm Amazed' is the finest single recording by an ex-Beatle.

The 'better with Jane Asher' is an interesting point....I could say something similar about Lennon: when he was married to Cynthia (who, by all accounts, didn't really 'get' him and couldn't follow him on his mind-expanding excursions), he wrote the songs on which his reputation continues to be based. When he met his 'soulmate' Yoko Ono, his work descended into egocentric solipsism and empty sloganeering. Imo, the good bits of his solo career could form a single EP (with Cold Turkey and Instant Karma on side 1 and Mind Games and #9 Dream on side 2).
Top

Re: Sir Paul and John solos:

IM(not so)HO, Paul and John made the finest combination of poetic and lyrical talent. I know that each composed independently of the other, but somehow, in the Beatles mix, (and in my imagination perhaps) John kept the lyrics in order and Paul kept the melodic line in order. It was a magic band. Avant Garde AND popular. When they split John's lyrics began to descend into, as has been pointed out here, a narcissistic, mundane place. And Paul's melodies were great but not grounded enough in a verbal reality.

And, by the by, I downloaded Ringo's new song, "Walk with You" from ITune for 99cents today: Totally worth the price (maybe even a bit more.) -- wish there were others to go with it so it didn't have to hang out alone on its own playlist. Oh well. (I can think of things to whine about, can't I?)
Top

... Leonard could bring the mariachi band on stage to rival this ... put mnkyface/27th angel's subtitles on the big screen and he'd have it beat though ... Macca has said that he would like to do an extended run at the O2 in London ...
....all men will be sailors then....
Top

Ok people lets get one thing straight. I only said that Maccas gig was on a par with Leonards which it was and I will stand be that as I'm comparing 2 gigs within 6 months as each other in the same venue and I cannot chose between them. However a choice between them gigs aside I would pick Leonard hands down.
2009 Dublin 2010 Lissadell Katowice LV x2 2012 Ghent x2 Dublin x4 Montreal x2 Toronto x2 2013 New York x2 Brussels Dublin x2

I thought I'd stir up some lively discussion about Macca, which it seems I've done... 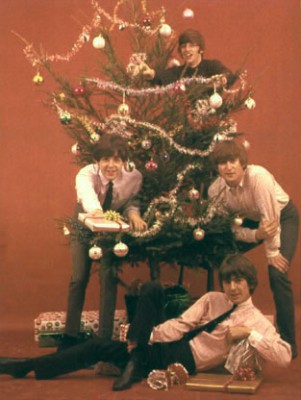