FROM LEONARD: HAPPENS TO THE HEART

The loss is so immense. As huge as the presence. Such a charisme is not to be easy to handle.

The love you give is the only love you have at the end?
***
"He can love the shape of human beings, the fine and twisted shapes of the heart. It is good to have among us such men, such balancing monsters of love."

Ahhh, beauty from the heart. Thank you for posting!
Top

It is very special to me that you mention this. I have thought about this poem a few times since the sad news. My father introduced me to Leonard Cohen's work when I was younger. Cohen Live was traveling music in the car of my youth. I thought it was magic.

By Dear Heather I was old enough to buy an album on release day myself. I loved it. From the first notes of the bass and drums of Go No More A-Roving to the applause of Tennessee Waltz.

I was always eager to engage my dad in a discussion of Leonard's work. But for some reason he seemed to rather shut discussion down when I brought it up -- as if I wasn't bright enough to interest him in discussing the work. Or maybe Leonard belonged to him.

I listened to Dear Heather constantly. I loved its lightness and gravitas. I enjoyed the humour, the playfulness and what felt like eternal perspective of The Faith. I loved the way his voice settled in the quarter tones beneath when he sang "and death is old." I loved the two vocal approaches of the "The Letters" and I was fascinated by the return of his tenor range on "Nightengale". The girl who I married, whose shoulder took my tears when I learned of Leonard's death, danced me to minor keys and drum machines of that beautiful record. I loved to amuse my friends with the absurdity of "Because Of."

My dad said "Dear Heather" wasn't worth the plastic it was printed on.

Sometime after you posted this poem, my old man brought it up. He didn't read it here. It was published elsewhere after it came out here I think. He said "did you see the new lyric from Leonard Cohen? Must be coming out on his next album."

I said "I don't think so, Dad. I think he posted it for his people on his forum. Y'know, just to share it with them."

And my Dad and I finally talked about this man's work and it's brilliance. We lingered over lines like "funding my depression" and "a mist of summer kisses/where I tried to double park." I read the poem to him as if I was discovering it. I may as well have been reading it for the first time as we shared these lines and as it Happened to our Hearts.

We spoke about how meaningful and incredible it was that at 82, this old hero of ours was actively heroic...in the time we still shared as adults, my father and I.

My dad is ill with leukemia. I pray that his illness makes no sudden moves and that we can induldge the continued innovation of the leukemia researchers and doctors for many years to come. But we remain on borrowed and swiftly passing time.

Happens to the Heart gave my old man and I this precious slip of common ground where we stood briefly and sufficiently, heart to heart over the beauty of the Word.

So thank you for this note, Jarkko. It feels good to know that this was a special piece of work for Leonard and that he wanted to make sure he shared it with us. I'm so glad that he did. I'm so glad he had this place to share it to. Thank you for making this place.

Thank you for your beautiful description of your relationship both with your Dad & Leonard.

I was fortunate to have discovered Leonard when I was 14 or 15 years old at the very beginning of his recording career. So this would put me about the age of your father, I guess.

I'll spare you the details but Leonard was involved in my life from that early beginning. In 2004, I was privileged to be a part of the Leonard Cohen Event in NYC. I took both of my daughters and their boyfriends-soon to be husbands along. We were treated to Luanne Unger playing us, "Dear Heather" before it was released.

I bought a copy for each of my daughters and inscribed them with affectionate words. They will always associate me with my love for Leonard's work-and I know they share it on another level as well.

Oh I love this poem and the messages I heard although I may be wrong:

There are always young messiahs starting convinced of their messianic power and fire and artistic gifts to say and reach final things.

Go and tell them: At the end you only may have a dying spark instead of a fire and you may find yourself as a beggar who has wrecked a lot of plans.

But somebody will have to witness, to defend, to report and to bless what happens to the heart.

And the dying spark is bright and much more than nothing.
Top

Boss wrote: ↑
Tue Aug 14, 2018 1:50 pm
Sure it failed my little fire
But it's bright the dying spark
Go tell the young messiah
What happens to the heart

Who is 'the young messiah'?

Actually, the last ever stanza which Leonard shared in public (albeit verbally), when he appeared in person at the Canadian consulate in LA, about 2 weeks before his death, was:

As for who the "young messiah" is, I'll let that person speak for himself/herself; but it seems possible that Leonard knew she was coming, knew she would look...
Top

Your servant here
HE has been told 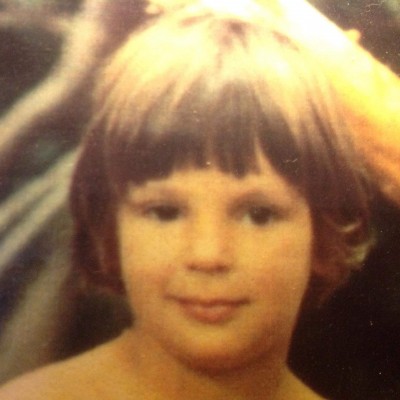 If you go back to the first page of this thread, you will see that Leonard sent this poem us on August 25, 2016, to make sure we'd see it.

Happens to the Heart will be the first poem in his forthcoming book "The Flame".

Happens to the Heart will be the first poem in his forthcoming book "The Flame".

Dear Jarkko, thank you so much for that info! That's very interesting that it will be the first poem in the book. I'd noticed, when I recently reviewed it, that it was posted on Aug. 25, 2016, but I had forgotten that it was dated June 24. It was so generous of Leonard to think of us & to give us an advance viewing of that amazing poem, & so heartbreaking that he knew he would probably be gone before the book was published. I am very eagerly looking forward to communing with every precious word of that book, by which Leonard will be speaking to us from the Great Beyond...Thanks again for posting...
Top

Thanks for the beautiful photo, Boss. If you are suggesting that the Young One is already here, then I agree (be it a HE or a SHE), & the Great Transformation is surely coming soon, if only we will all raise ourselves to readiness...& if that is You, then the world is very fortunate for your presence...
Top

Can someone please tell me what does he mean by ' Double-parking ' ? Also ' There was a pussy in the kitchen , a panther in the yard '
Top

Hello esha, and welcome to the forum!

Short of giving an exhaustive answer to your questions, let me try at least to develop a few aspects:

It means that the parking lane along some street is full of parked cars, and so we park ours beside the others, in the traffic lane, blocking both the traffic and one or more parked cars. Doing this is illegal, and if it lasts for more than a few seconds (like putting a letter into the box) we risk a fine, and our car might be towed away.

In the context of "There’s a mist of summer kisses" — that is: a tangle of furtive holiday flirts with less-than-one-night-stands — this double-parking means even more furtive intrusions into a set of relational games being played, where "The rivalry was vicious".
The association of Georges Brassens' "À l'ombre des maris" (In the Shadow of the Husbands)
https://www.youtube.com/watch?v=gU7uiAnZ9ps
with its famous refrain "Ne jetez pas la pierre à la femme adultère / Je suis derrière" (Do not throw any stones at th' adulterous woman / I am behind her) is complemented with (or superseded by) Leonard Cohen's "And the women were in charge".

The notion opposite to this furtive world can be found in "Always (by Irving Berlin)":

In this Always-world, the narrator

But here, only two of them apply: the notion of pussy-cat, a cute domestic animal catching mice, and the notion of a woman and her sex, catching the man's "mouse".
Both the cat and the woman are very much like prisoners in the house, and here it is the man who is "in charge". To be confined to a life inside what is sometimes called "traditional roles" is not very nice, not for the cat and not for the woman, but it is more bearable than for the "panther in the yard".

Panthers are much bigger than domestic cats, and they are animals of the wide, free, open spaces. To be imprisoned in a yard — that is: not even a garden, probably with no grass but a paved ground — is quite obviously hell for a panther, leading to madness. For the man "in charge", this domination over such an animal requires the use of powerful means of containment.

● In what concerns the woman/sex-object in the kitchen, let me specify that sex, with Leonard Cohen, should always be seen with an aspect of communion with God:

You who build these altars now
to sacrifice these children,
you must not do it anymore.
A scheme is not a vision
and you never have been tempted
by a demon or a god.

● In what concerns the panther losing its mind because of that far too narrow space, here a famous poem by Rainer Maria Rilke (plus my translation):
https://leonardcohenforum.com/viewtopic ... 16&t=38690

The Jardin des Plantes is a public garden in Paris, but the panther cannot roam there freely, of course. It is locked into a small cage. Leonard Cohen compacts the two terms garden and cage into one "yard".

● In what concerns the narrator, this power-wielding control-addict, he is not free either, but a prisoner on a different level. After the line with the "panther in the yard", the stanza continues:

This very much resembles the story of James Larkin White in Max Frisch's novel "Stiller" — which unfortunately is not well translated into English, and, what's more, under the absurd title "I'm not Stiller". The translator, Michael Bullock, often does not understand what he's translating, and then produces little more than collections of words.
But the gist of it — and that should suffice for our purposes here — is that there is no possibility whatsoever to run and hide from

Return to “Thanks for the Dance”