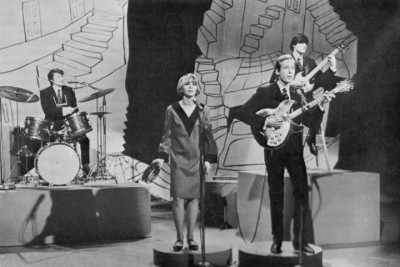 A year before Leonard Cohen or Judy Collins performed his music on stage, the Stormy Clovers were playing Cohen’s songs at festivals and in clubs, coffee houses, and campuses in Toronto, Montreal, and other Canadian cities and towns.

I have published two posts about the Stormy Clovers & Leonard Cohen with more to come:

Included in the second post is a video comprising a 1966 audio recording of the Stormy Clovers performing Suzanne by Leonard Cohen supplemented with photos of the band, Cohen, and the Montreal waterfront.
Cohencentric http://Cohencentric.com
Top

Very interesting as always, Allan - thank you so much!

Imagine having video or audio of that night at the Venus de Milo, when Leonard got up & sang those songs publicly for the very first time - wow - wouldn't that be something. . .
Top

holydove wrote:Imagine having video or audio of that night at the Venus de Milo, when Leonard got up & sang those songs publicly for the very first time - wow - wouldn't that be something. . .

That was very cool, I'm not entirely sure I liked it but still - very cool.
Top

Cate wrote:That was very cool, I'm not entirely sure I liked it but still - very cool.

Not sure I did either - then or now.

In the mid-60's (and earlier) - I had a neighbor who thought it was a very good play on words to have a group named as they were.
He pronounced it as Stormy Sea-Lovers rather than as Stormy 'K'lovers and thought that was great.

I'm so glad he decided to record it himself

I can't think of a better reason, now or ever. . .(you always make me laugh, Hartmut - thank you)

Thanks for the sweet history! It's a bit like when Peter, Paul and Mary sang "Blowin' in the Wind" ....

David Fougere, who, then known as DD Fraser, was the Stormy Clover’s bass player in the sixties, has written a first-person narrative about the band, including the experience of working with Leonard Cohen and spending time with him and Marianne. (Note: Leonard Cohen and Marianne play major but not dominant roles in the narrative.)

The story is by turns raucously funny, heartachingly tragic, mysterious, and provocative. Previously unpublished information is revealed, names are named – and dropped, accomplishments and sins are confessed.

While Forum members are likely to be most interested in the sections about Leonard Cohen and Marianne, the entire piece is an interesting and insightful look at a time when Montreal and, especially, Toronto played a major role in bringing together folk music and rock and roll.

I notice he mentions Eddy among many others.
Can anyone else hear Duane Eddy's Peter Gunn influence in Book Of Longing on TOLCA1 ?

In honour of Duane's name making it to the article, here is a tune of the left hand (at least the melody is carried in the bass line, and it would be left hand, if you were a piano player).

For those with a box a chocolates (the long stemmed rose is in the mail).
Rebel Rouser - YouTube
Top

rmorgan wrote:Thanks for the sweet history! It's a bit like when Peter, Paul and Mary sang "Blowin' in the Wind" ....

I recall an uncle living not too far from me for whom the PPM's version of If I Had a Hammer was the preference. Most of the older crowd really weren't that sure of Dylan.