No reports yet!? While waiting, and to keep this going, here are the setlists, copied from the Setlist thread (thanks to Swisschris and krsb99):

Second encores
23. Famous blue raincoat
24. It it be your will (The Webb Sisters)
25. Closing time

Third encores
27. I tried to leave you

I don't know if any forum members attended these shows - and if they did - hopefully they will post concert recaps of their experiences.

One thing for sure - Leonard Cohen and the UHTC were there for two nights. Following *virtually* I've seen a lot of stuff "out there" and it seems a shame not to have at least some of it documented here in a concert report thread. Here's some stuff I found - I'm sharing. If I see more I will try to add - and I hope others will do the same.

Montreux Jazz Festival takes place in Montreux, Switzerland - located on the shores of Lake Geneva. There are a number of different venues.
Leonard Cohen's shows took place in the Stravinski Auditorium, one of the two larger auditoriums at the Convention Center.
Maximum seating capacity is 3500. 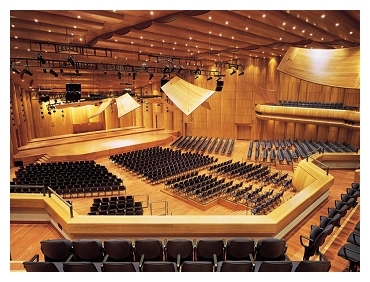 As reported by Leif Bodnarchuk in his OLD IDEAS pre-show blog - Montreux provided most of the lighting and sets for the shows -
http://dragonhelm.wordpress.com/2013/07 ... al-set-up/ 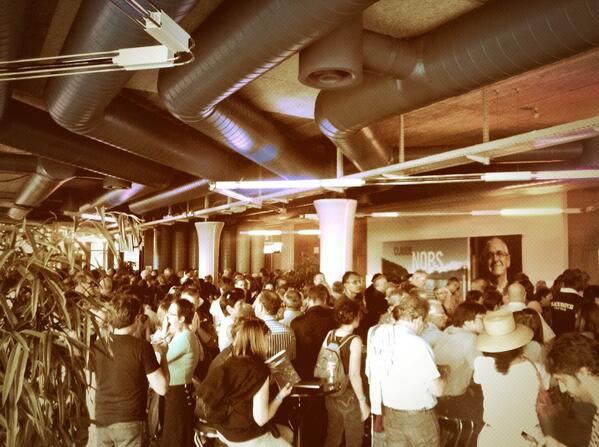 A sort of GooglE translation - 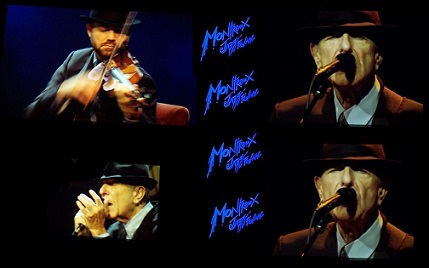 Yesterday BiBi followed Leonard Cohen in his first concert in MONTREUX (Switzerland) for the opening of the Festival. Tonight, Friday, July 5, 2013, he will give it again.

This will be four times that I've attended a Leonard Cohen concert. The first time was in a distant Festival of Humanity. I managed to get a badge and sneak behind the scenes, with some 50,000 people in front of me. It was the time of the first three albums and I was born to Pop music!
The second last time it was at Vienna Jazz Festival, three years ago. He expanded his stage performance with singers and musicians who were not less than impeccable.

Yesterday at Montreux, he offered the same service, alternating the most famous pieces of his albums (especially the first) and last songs of the last album. I remembered a great "Closing 'Time" and a vibrant "Suzanne." Three encores to finish, in front of a packed house with the perfect sound.

Leonard Cohen, more than 70 years, is still impressive with a voice more and more raucous than ever, an ally lightness with unprecedented depth.

Thank you Linda! We have something

I have lived off and on in the region for almost twenty years, but I have rarely gone to see a show at the Jazz Fest. Why? It's so expensive. It's steeped in corporate VIPness and elitism. It's just far enough from Geneva to bit a little complicated logistically...so it needs to be special, and Leonard at Montreux is special! Very special... so I wouldn't have missed it for anything. Feel privileged to attend, lucky that my work scheduled allowed for me to take some time off and thankful to Jarkko for his help in getting us pre-sale tix

Two quotes from Leonard sum up everything pretty well:

From the first night:

Standing room zone was packed choc-a-bloc, and quite far back from the stage. I was lucky enough to be in the first row of standing, leaning on some very expensive seats.I had a great view. But I bet others were not so lucky.

Leonard started the second set with " Thank you so much for standing back there, we really appreciate it. It's hot and you are standing close to each other. You must look at it as an opportunity to make friends."


And from the second night, just before the encore:

"I want to warn you that sometimes we play longer than Bruce Springsteen, so if anybody has a pressing engagement we will not be offended if you have to leave before the encores are over"

This made me laugh, as not only is it true...but as I saw Bruce on Wednesday night in Geneva, it was also timely. And of course...no one left!

The two shows have sort of blended together in my mind now, but of the two I preferred the second - for the energy, for the length, for the sound (I was in a seat so had a nice central position)
It was fun, seeing Leonard in a Festival environment (though not the type to have many artists on the same stage, rather having many artists at the same time...and the festival attractions nearby)
Being at a show, on the lakeside of beautiful Lac Leman, on a beautiful summer's eve is beyond description
It was great to hear "lover lover lover" as I don't think I have heard that before live (although, my memories of Massey Hall Toronto 1988 are a little blurry)
The venue was top class, but I thought the seating plan totally stank.
Sound was perfect, clean..but not too loud.
Light show was sublime.
Video rediffusion in the room was nicely done.
Security was cool. They seem to ignore most people filming, politely warned those taking pix with flash.


Everyone seemed to leave the shows, like me...with a big smile.

As your third post, I have to say it is wonderful and valued (as is your second post of the complete setlist)!

There are so many tidbits from the performance. You gave us an excellent idea of the general feel of the concerts with the added bonus of your personal feelings and recollections.

This is greatly appreciated. Thank you!

One photo I forgot to add.
Here is the view of the lake from in front of the venue!

Two great nights in a row. Second night was better.

Glad to hear the Drifters cover and some of the Old Ideas songs.

Thank for the presale. Really appreciated.

Some links to pictures

First night from the balcony :
http://flic.kr/s/aHsjGFF247

Uploaded by MamselElza, thank you!
Top

There are 12 good pictures at Charts In France site -
http://www.chartsinfrance.net/Leonard-C ... s-357.html