This is very exciting! Many thanks to Jarkko and Tom. My power has been out for 12 hours due to a heavy wet snowfall....and had forgotten to recharge phone so missed the Vienna presale, later reading of the very expensive tickets. So now I am thrilled with Pula, reconnecting with old friends and meeting so many forum members for the first time. The excursions sound wonderful and seeing Leonard and the UHTC in such a magnificent setting will be a once in a lifetime experience!!
Top

I was very fast this morning. It would be really nice summer - on May 31st The Boss in Padova, then on August 2nd Leonard Cohen in Pula <3

Just to add more flavor, Maarten booked the tickets for his whole family:)

Apparently we will need a bus and beach only for ourselves!
Leonard Cohen Newswire / bookoflonging.com (retired) / leonardcohencroatia.com (retired)
Top

tigrib wrote: looking forward to get to know Croatia

Ah yes, happy memories of holidays in what was then Jugoslavija. Actually Pula didn't have a lot going for it except the Arena - it was hot, crowded and "touristy" even then and smaller Porec further up the coast was much nicer, but there were some lovely excursions available - Plitvice National Park, Postojna caves, Lipizzaner stallions...all still there, no doubt!
Forget your perfect offering -
There is a crack in everything...
Top

Ann...I think Pula will have a lot going in early August. Yes, it may be hot, it may be crowded, but it will be crowded with a lot of LC fans who plan on having a wonderful, fun time! You should consider making the trip, as revisiting special places from the past is sometimes eye-opening. One can never "go back again" but life always changes things, perhaps for the better. I'm looking forward to some of the excursions out of town. This is an area of the world I never thought I would visit, but now look forward to the history, and the beauty of the country.
Top

We all will be having a great time in Pula. Very much looking forward to this and meeting so many old friends and some new ones too.

And how nice to hear that apparently the good tickets went all to true fans.

See you all there!

Istria, including Pula remains my favourite part of this beautiful and very varied country! Of course, mass tourism was developed here from the 1950s as a source of foreign currency and so, indeed, Pula will be quite crowded in August at the height of the season. It is less crowded than it could be because previously tourists were almost outnumbered by soldiers as it was a big army base but no longer. It has a kind of old fashioned feel about it which I like. And inland Istria is quite beautiful, a kind of Tuscany light with small hill villages and wonderful hospitality and food. The island of Briuni is superb: built up by the Austrians at the turn of the 19/20 centuries, and used by Tito for long vacations during his presidency, which has a wildlife park and still some animals descended from those presented to Tito by other heads os state from the non-aligned movement (Nehru, Nasser, Ghaddaffi). You can visit the Tito museum and see that he loved entertaining (and some claim he went a little too far in this) movie stars such as Elizabeth Taylor (Richard Burton played the role of Tito in a famous war movie in the 70s), Sophia Loren, and co. And all this is without Ken and Henning who rival Tito in grace, good looks, and ability to drink large quantities of alcohol!

TipperaryAnn is not so wrong, I'd also suggest a trip to Poreč, Umag and Rovinj (three towns up the coast from Pula, and all more preferable than Pula for vacations:), and as well to inside Istria (full of small roads, villages on hills with great national cousine restaurants). E.g. the town of Motovun: http://en.wikipedia.org/wiki/Motovun

Istria is small - everything in Istria is under one hour ride. including Slovenian coast, and Trieste/Venice. Check http://en.wikipedia.org/wiki/Istria 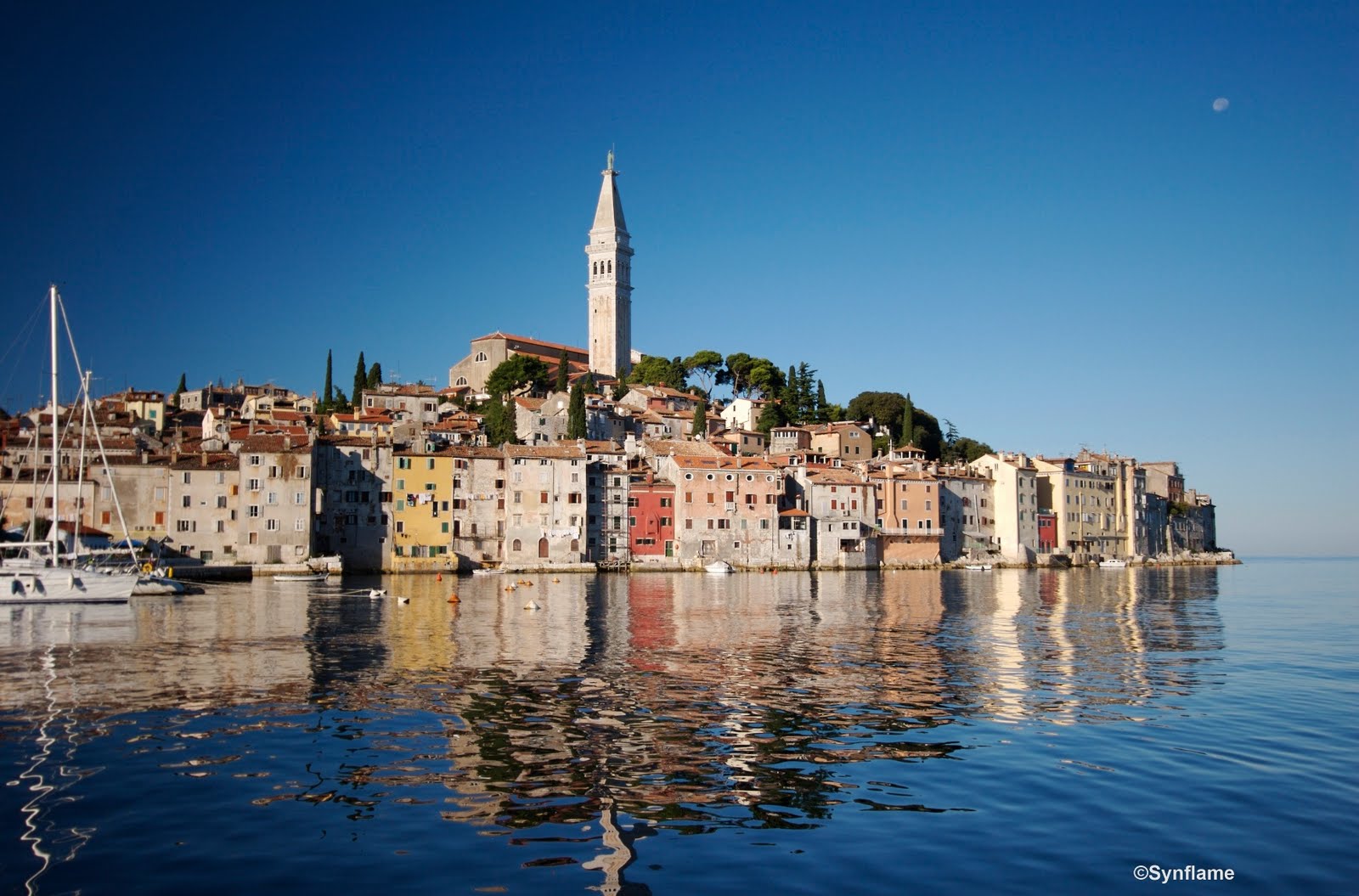 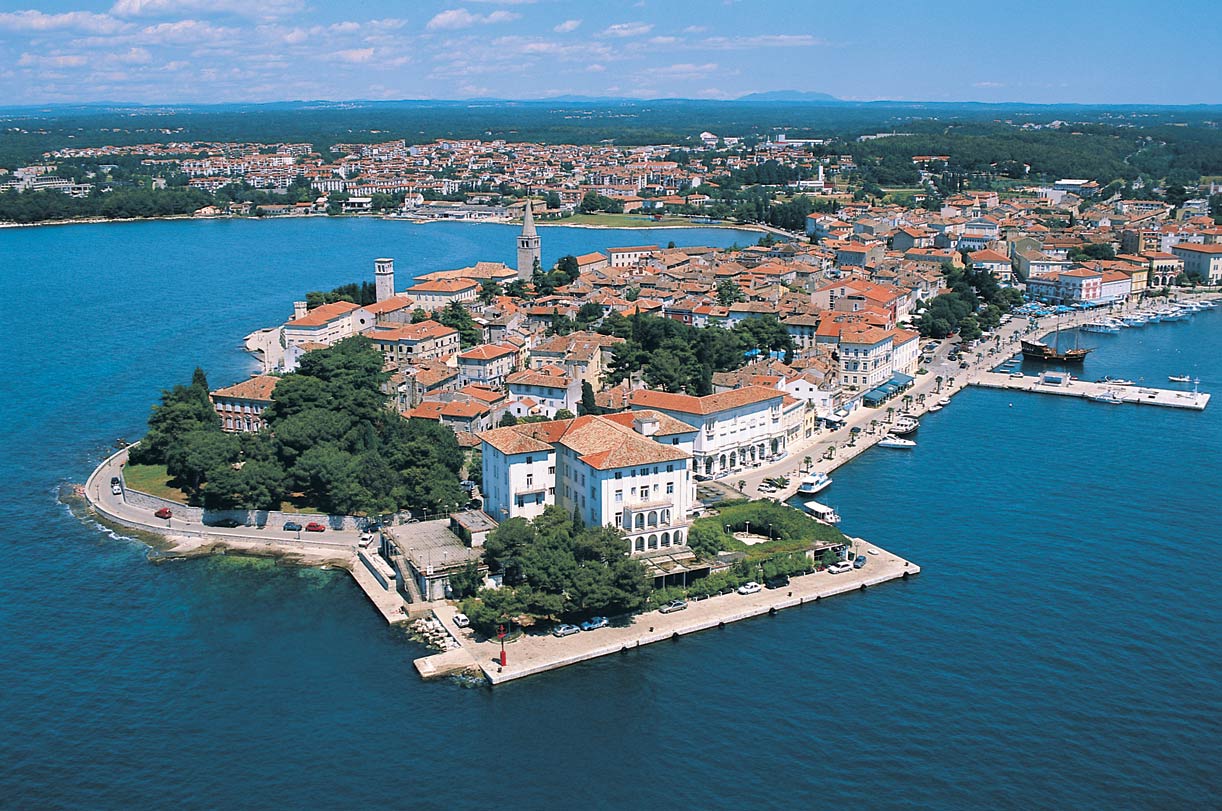 Tom, Paul and Ann: thank you so much for the reminders of the happy holidays we spent in Istria way back when ..... eeekk, about 30 years ago.

Tom: are these places easy to get to by bus?

Wendy, I can beat that! I spent a holiday in Rabac in Istria way back in 1966

Our £48.00 package tour then flew into Venice followed by a long drive through the night.
Feel so jealous of all of you while following this thread!
Top

Mabeanie1 wrote: Tom: are these places easy to get to by bus?