The venue is K-Rock Centre is an arena located in downtown Kingston, Ontario and named after a local radio station, K-Rock 105.7.
A "large venue entertainment centre" - It opened in 2008 and is used for ice hockey and entertainment.
The seating capacity for concerts is 6,800.

sturgess66 wrote:The venue is K-Rock Centre ... It opened in 2008 and is used for ice hockey

sturgess66 wrote:The venue is K-Rock Centre ... It opened in 2008 and is used for ice hockey

‏@kevinpottie Am about to see Leonard Cohen in Kingston, great to see Adrienne Clarkson and John Ralston Saul out for the event

@GregBurliuk Looks like a full house for Leonard Cohen at KRock Centre. Bigger than ZZtop

‏@KROCKCentreThe house is full, about to start the show with Leonard Cohen pic.twitter.com/yVhmJM37 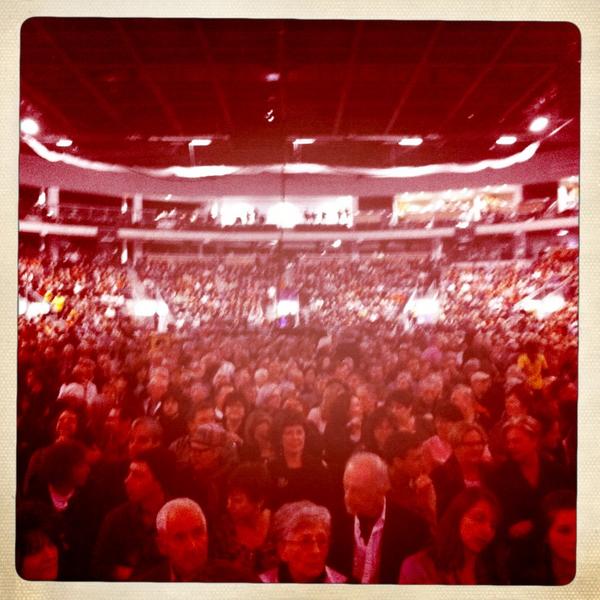 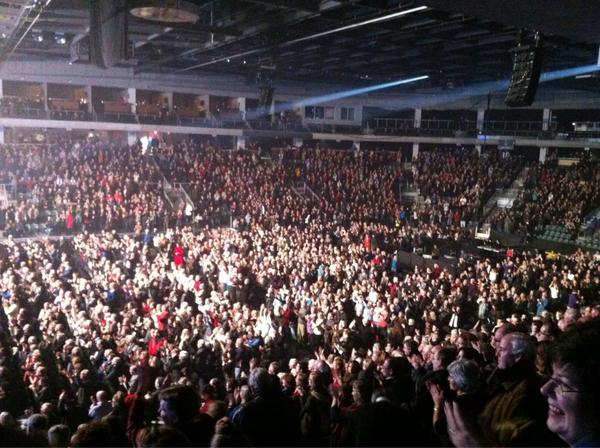 Back in 20 for the second half of the show

lover lover lover It is official, Kingston was the wildcard hot ticket of this tour. Chelsea Hotel, La Manic, and the second set is still going strong.

@StellarJana The Leonard Cohen crowd is interesting; a lot of Mom Dates. And a standing ovation as he walked on stage. #ygk #cohenygk

Uploaded by david Dossett - Thanks

Dance Me To The End Of Love
http://www.youtube.com/watch?v=y0BE50i82rU

I think this is Kingston ...

Save The Last Dance For Me
http://www.youtube.com/watch?v=Zq2z9qrwRW4
Top

Another great night. Thanks to Cate for organizing the "I'm your Man" dinner!

A more subdued and grayer crowd than my two previous concerts, but they got into it by the end.

Highlights for me were: Lover, Lover, Lover and LC performing Chelsea Hotel alone, just the man and his guitar. And La Manic. He took some time with the anglo audience in Kingston and explained a bit of the history of the Manic Hydro electric building project. He translated the first sentence for the audience: "If you knew just what a drag it is to be here at La Manic, you'd write to me more often." I wonder if we might hear the translated version at some point?

Missing from the set list was Heart with No Companion and The Partisan. Plus in encores he skipped I Tried to Leave You and ended with Save the Last Dance for Me.

My 8 year old daughter was pretty exhausted by the end, but I think she enjoyed it. She was able to get Javier's set list, two pages long in extra large font. A pretty good souvenir from her first ever concert! Not surprisingly for a little girl perhaps she just loved the Webb Sisters. And the violin. And LC made her laugh out loud a couple of times.

What a lovely review Paula. I'm so glad your daughter entyed the show and has her special souvenir.

I wonder what Leonard has in mind for his US audiences. I suspect we have heard
The last of La Manic, for this tour at least.

First Set:
Dance Me to the End of Love
The Future
Bird on a Wire
Everybody Knows
Who by Fire
Darkness
Ain't No Cure for Love
Amen
Come Healing
In My Secret Life
A Thousand Kisses Deep
Anthem
Second Set
Tower of Song
Suzanne
Chelsea Hotel No. 2
Waiting for the Miracle
Lover Lover Lover
La Manic
(Georges Dor cover)
Alexandra Leaving
I'm Your Man
Hallelujah
Take This Waltz
Encore:
So Long, Marianne
Going Home
First We Take Manhattan
Encore 2:
Famous Blue Raincoat
If It Be Your Will
Closing Time
Save the Last Dance for Me
(The Drifters cover)
Top 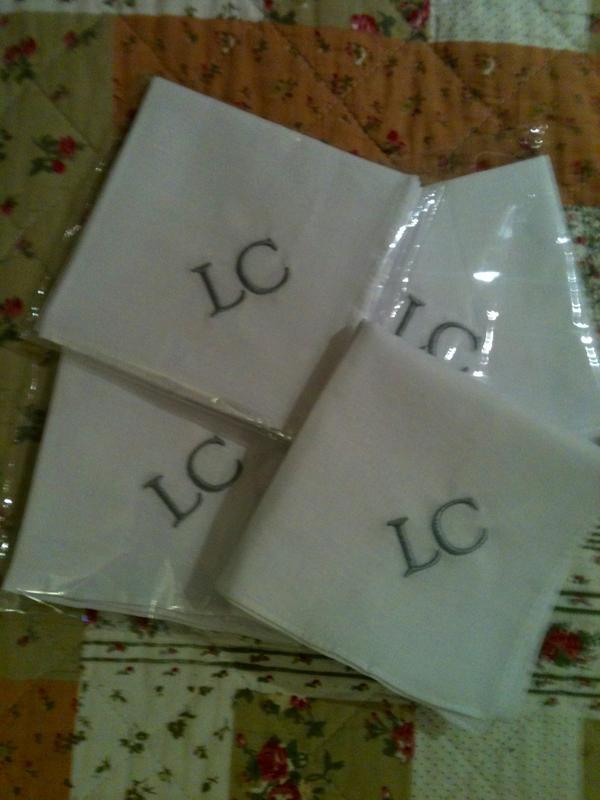 @LauraCalder - My editor gave me these handkerchiefs for Christmas. She got them for free...at a Leonard Cohen concert. pic.twitter.com/cpjeXPot


@stargonenova - There are no words for how amazing Leonard Cohen was last night. Once in a lifetime experience.

@foodiePrints He is a great poet. Every musician on stage was as great in their way. What a combination!

I want videos!! (someone, please!)
Top