Concert reports, set lists, reviews, photos and You Tube links. Fan meet-ups before and after the concerts.
Post Reply
42 posts 7:40 pm start per request by promoter due a minor dust up on the motorway

The concert was great but unfortunately a bit too short (compared too Leonard´s usual 3 and a half hours ) due to the aforementioned:
"7:40 pm start per request by promoter due a minor dust up on the motorway"("Minor Dust" would be the understatemant of the year, we needed 45min to get onto the parking space, so no problems with the the motorway, but with the parking). And it hand to end because of the curfew at 11pm sharp.
So the choosen venue (Hockeypark) in Mönchengladbach wasn´t the best, but Leonard made it up for the poor organisation.
Munich May 1988, Oberhausen November 2008, Cologne July 2009, Dortmund September2010, Mönchengladbach September2012 Oberhausen June 2013, Amsterdam September 2013
Top

We got stuck on the road. 30 km away from the venue a truck accident caused the closing of the highway. The whole traffic was redirected via country side. It took us 90 minutes to reach the exit of the highway. When we apporached the venue at almost showtime there still so many cars queueing for the parking lot and we said, they cannot start with so many still on their way. Of course beause of the late arrival we were all nervous and we got in the venue 10 minutes late, happy to hear that show has not started yet. But I felt I had to go to a place first, where no fish goes. And then I heard Leonard singing, dance me to the loo. Right in time for the second song I had placed myself in the first row seat. Happy. Of course they had to cut those ten minutes at then end because of the 11 p-m. curfew. It was a great evening with a fantastic Marianne-Choir, only to be topped in Dublin next week. The weather was good to us, a bit chilly later, but temperatures never come as a surprise these days, do they ? Next stop: Verona.
IT'S DARKER NOW
1979: Frankfurt | 1980: Frankfurt | 1985: Wiesbaden - Munich | 1988: Munich - Nuremberg | 1993: Frankfurt
2008: Dublin - Manchester - Amsterdam - Loerrach - Berlin - Frankfurt - Oberhausen - London
2009: Cologne - Barcelona | 2010: Wiesbaden - Dortmund
2012: Ghent - Moenchengladbach - Verona - Lisbon | 2013: Oberhausen - Mannheim - Pula
Top

Henning you should be reporting on all the concerts.... This made me laugh but also was very sweet. Did you request the black and yellow posters ?
Top

After we were treated with the longest show in Gent on the 17th last month (and were able to listen to the soundcheck), we decided to go to 'close to home' Moenchen Gladbach last night. At arrival we wondered what on earth had gone wrong with German logistics. Getting on the parking took ages. Managed to buy some tickets from a couple of young Arabics and there we went into the 'Innenraum'.

Show itself started too late, Leonard said they would give they're very best. And arguably they did. It was a very good concert again. Managed to get up to the barrier for the encores, but there were only three. Germans all of a sudden went 'Puenktlich' at 23:00.

Personal highlights probably Night Comes On, a wonderful sung Alexandra Leaving and 26 others. Does anybody know which referende he made in Hallelujah? I thought it was a local one as I heard people laughing, but I wasn't sure.
Last edited by Per Slucht on Fri Sep 07, 2012 7:47 pm, edited 1 time in total.
Top

Must have been quite a horror for you all in the traffic jam and queing for the parking lot.

Luckily we only had to travel from Cologne and started at 4:30 pm.
Time even to visit the Edeka supermarket around the corner.

I imagined, we could have some problems, when the concert started 10 minutes late.
But then, the end came too sudden.

So I am glad to have have been to Berlins Waldbühne the evening before...
2008: Amsterdam, Lörrach
2012: Berlin, Mönchengladbach
Top

One of my favourites:

The Webb Sisters: Coming back to you 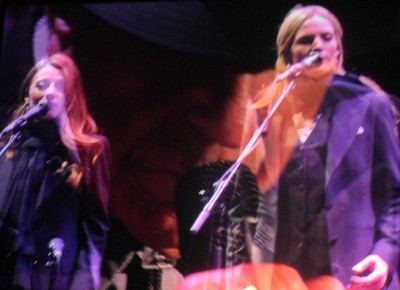 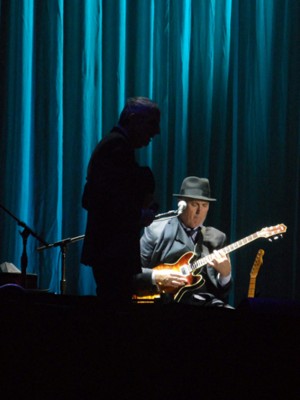 Did he do an abbreviated version of 'Save the last dance' again?
Top

I am sure the real fans got frustrated by arriving late due to traffic and parking problems but a big part of the audience did not seem to mind. First priority seemed to be getting ‘bier und wurst’. Not just when they arrived late but also all through the entire show. I don’t think 5 minutes went by without someone carrying beer and fastfood blocking my view. Not to mention the 4 morons sitting in front of me spending almost the entire show drinking beer and talking loud. Perhaps some of the people got confused and thought they were at the football stadium next door.
I also went to Gent and found that to be a much more civilized audience.
Sorry to ventilate my frustration in this forum but if this is typical for a concert at Warsteiner Hockeypark Mönchengladbach then this was my first and last concert at this venue.
Frank.
Top

Hartmut wrote:Did he do an abbreviated version of 'Save the last dance' again?

No he played it completely as he had cut out some songs before, so time left...
2008: Amsterdam, Lörrach
2012: Berlin, Mönchengladbach
Top

Henning,
Thanks for the wonderful report. Wish we could join you in Dublin!

Yes Franks, I agree. I attended the concert at Ghent twice and was very moved by the respect of the audience, when Leonard sang everybody was quiet and enjoyed in silence, I have seen no people move during the concert. The setting in Ghent was also beautiful, with the sun going down on Sint Pieters Abbey. It was funny when Leonard said, at the end of the concert that he had to stop singing because our Lady of Sint Pieters would embrace us all so hard that we would all have to become religious...
If possible I am going to Madrid also.
Top

Hartmut wrote:Did he do an abbreviated version of 'Save the last dance' again?

No he played it completely as he had cut out some songs before, so time left...

It wouldn't be fair to generalize the largely German audience, but I agree some of the 'Bier & Wurst'-people, as well as the people serving in the on field-bars weren't exactly polite. Talking all through the show.
Very different from Gent, were it was very quiet after about 15 minutes.
Top
Post Reply
42 posts