Concert reports, set lists, reviews, photos and You Tube links. Fan meet-ups before and after the concerts.
Post Reply
17 posts 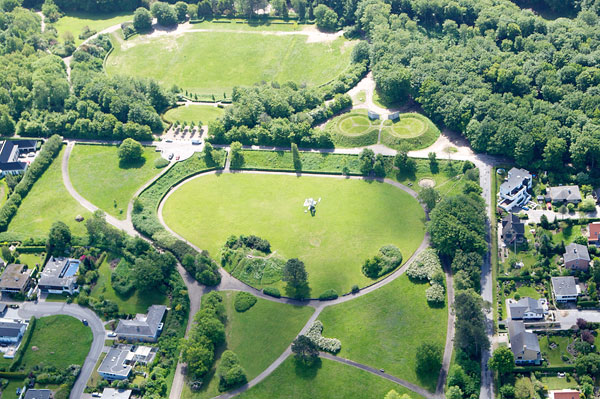 Venue - Mølleparken
Mølleparken means “The Mill Park” in English, and is situated at the intersection of Vester Allé, Åboulevarden and Møllegade in Aarhus. It derives its name from the water mill that stood here in medieval times. Early in the twentieth century the Aarhus municipality purchased the land and began its conversion to the attractive landscaped gardens that exist today. A particular attraction of the park is a bronze sculpture group donated in 1929 by the Carlsberg Foundation.
Last edited by sturgess66 on Wed Sep 26, 2012 10:26 pm, edited 1 time in total.
Top 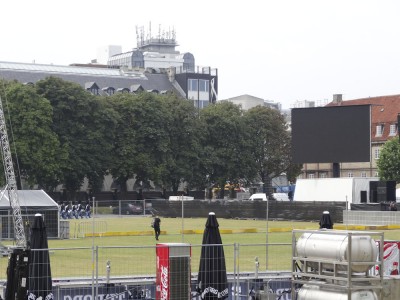 The Royal Life Guards passing by before the Rehearsing 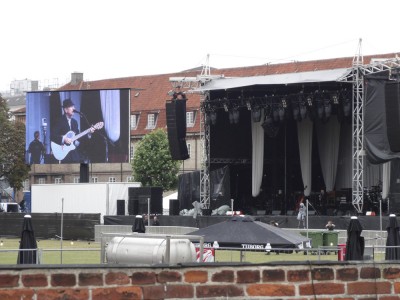 Leonard Cohen Rehearsing by himself. As my friend said ..."He really must love playing music since he is doing these long rehearsings before every show"


This is what was played for the sound check:

Leonard Cohen rehearsing with the band:
Dance Me To The End Of Love
Going Home
The Future
Light As a Breeze (Not shure about this one)
Show Me The Place
Anyhow
Banjo

I had to leave during "Banjo" and therefore I dont know about the endeing of the Rehearsing.
Top 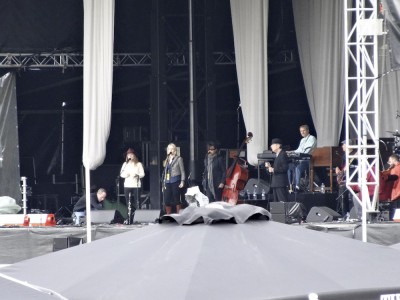 Leonard Cohen and the band


DESCRIPTION: (Google translation) Good exercise will be to go around the tower is up in Mølleparken the Leonard Cohen concert August 26, 2012 at. 18th See Mølleparken and immediate surroundings here added "Show me the Place" by Leonard Cohen newest and popular CD "Old Ideas".

COMMENT ON VIDEO: (Google translation) Thank you for a fine intense little film - and thanks for the sound of an eventful life, with ups and downs.

And congratulations on a perfect concert with Cohen. He now changed more in his life than many self-proclaimed saviors!

He's got a whole world to listen.

I bow in the dust.


At the Leonard Cohen concert... It was really deep and intense... And frakkin' incredible http://instagr.am/p/Oznl4Il4zQ/

The concert was marvellous as ever - and I really enjoyed that part. Reviews in local newspapers as overwhelmed as has to be expected:

The local organization can only be called lousy.
So lousy, that Leonard after half an hour said something like he was glad, that people came to see him even though it was under these circumstances.
The circumstances were, that even though people had queued up for hours, with only one (!!!!) little entrance really many missed the start of the show. And not only the start, but up to 45 - 60 minutes of the concert.
And as the place could easily be overlooked, Leonard must have been aware of that like we were, while sitting on the tribune.

We paid 50€ extra pr. ticket to be seated. According to the plan from tribune A there should be a really good view.
But the tribune had been moved away from the scene, allowing a free space for people to get their beer from a bar situated besides the scene.
And that was very disturbing, additionally people on the tribune were chatting, as the tribune had been placed, so most of the seated people with the most expensive tickets could not see the scene at all.

The local event manager said in an interview, she could not see a problem in people missing the first part of the show, even though they had queued up for hours - as the concert was 3,5 hours, everybody got their share.
Additionally: not enough toilets and if you wanted food before the concert, you had to qeue for 60 minutes - but only sausages or sweets were available.

Not a good venue - but only due to bad local organization.

Luckily we left the expensive seats quite early and swapped with some people standing right in front of the scene.
And could so enjoy the concert without disturbance and had a really great evening.

The set list included both Famous Blue Raincoat, Light As The Breeze and a full version of Closing Time, which we did not have time for in Copenhagen.

A great evening, as I was lucky to get into the venue in time andso did not miss anything and left the tribune to be at the scene. Amazing atmosphere there.

Feels still like a dream having been at two so georgious concerts in a row.

Yes indeed a great concert, no thanks to the organizers, I paid 1100 Dkr for not seeing more than 10 % of the stage, but here is another question : What became of Bob Metzger on guitar and Dino Soldo, the guitarist was presented as something like Mitch Hawkins and there was this young guy on the fiddle, but no Bob and no dino ? I have tried to find anything about this on the internet but no succes so far ?
Top

Video uploaded by TheThk1976 - Thanks!

Video uploaded by FrostbiteZ1 - Thanks!

Dance Me To The End Of Love
https://www.youtube.com/watch?v=pFRMb-dgW7s

I Can't Forget & Different Sides & Light As The Breeze
https://www.youtube.com/watch?v=Ph52T58hGWo

Heart With No Companion & The Gypsy's Wife
https://www.youtube.com/watch?v=xaN9bE-f9-s

Video uploaded by Rasmus Bækby - Thanks!

That is the best!

and I think you pretty much got what he said. He seems to end it with "and it was never...well I don't know, friends".