by JJR
Jennifer Warnes has just posted on her website that she is 'in the beginning stages" of recording a new album with Roscoe Beck. She hints at a 2015 release date. We certainly hope so!

by B4real
Yes, I heard talk of it some months ago and now it is official that is definitely good news

...... I love it that they are creating another album together!

by JJR
Not the new Jennifer Warnes album we've been waiting (and waiting and waiting and waiting) for, but I see BMG are re-releasing 'The Well' on CD on March 4th. This is a puzzling decision since it was re-released on CD in 2011 and on vinyl in 2014. Can we hope that the reason this time is to make it available, at a more modest price, before the arrival of a new album later this year? Fingers crossed.

by JJR
News here about the long overdue UK release of 'The Well'. Also a brief mention of the new album, said to be coming either late 2016 or early 2017.

by B4real
Good to read that update info and here's some additional news. 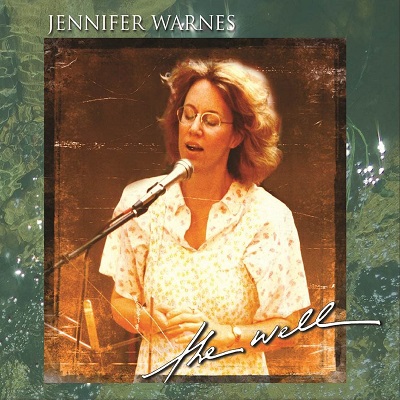 The Press release in PDF form about the reissue of The Well from Jennifer's web site: http://www.jenniferwarnes.com/PDFs/Jenn ... BMG-NA.pdf

The Well is one of my favourite JW albums - I love its strings. It has the best ever cover of Billy Joel's And So It Goes. The arrangement of Too Late Love Comes is based on the traditional Irish air Dawning Of The Day, as is Raglan Road. I love playing that song as well as And So It Goes on the violin.

Prairie Melancholy has these great lines:
"So shred the poems
Let the wild birds chase them in the breeze
Let them make their nests with words like 'please'....."

I'm so looking forward to her new album.

This interesting statement at the end of the first article is more good news:

To this end, she sang with Leonard Cohen in December for his recording project, and is working on her own book project.

by sturgess66
Posted on Facebook at Jennifer's fan site by her webmaster Dave Joern -
https://www.facebook.com/groups/70449250235/

Interview with Jennifer about 55:30 in, nearly the entire second hour.


March 22, 2016
BBC Radio Merseyside Interview with Spencer Leigh
Jennifer's interview about 55:30 in.
"Stop" or "Pause" our Player at bottom of this page before visiting the link above.

Jennifer is interviewed by Spencer Leigh of BBC at BBC Radio Merseyside - March 20, 2016
The podcast will be available for 22 more days - mid April?

This is a wonderful interview with Jennifer Warnes.
She talks of many things and, of course, about her long relationship with Leonard Cohen - with comments like "he brings the excitement of the written world to music" and he "speaks to the soul."

The interview is interspersed with a lot of good music. I loved this - her mention of how there used to be "road records" - listening to an album while on a road trip in a car - the love of "the hour spent with an artist that was unbroken."

She mentions the upcoming album that she is working on with Roscoe Beck and others - a "collection of tunes that resonate with her life." And there quite likely will be a film ...

"Glad to be working with renowned engineer Elliot Scheiner soon, moving my album toward completion".

As usual, no details, no teasers. Just the same vague promise we've been getting for the last six years. Patience, my friends, patience.

by JJR
Great news! Jennifer has just announced that her new album will be released 'in the New Year'. More details coming soon.

by JJR
Well the New Year has come and gone and still no album. The last 'official' word was Late Summer 2017. It would be nice to believe one of these announcements but we've been hearing them for so long now that it's hard to put much faith in them. I just hope by the time the album does eventually come out there will be enough people around who remember the heights to which Jennifer Warnes once soared.

JJR wrote: ↑
Wed Apr 05, 2017 5:22 am
It would be nice to believe one of these announcements but we've been hearing them for so long now that it's hard to put much faith in them

Well, she writes: "The album is now in the artwork phase, looking towards a late summer release."

That sounds quite concrete.

by JJR
Like I said, not the first time. But here's hoping!

by B4real
Yes, hopefully the album will be out soon. But we have learnt to be patient here

This is a bit late too but Happy 70th Birthday for 3rd March, Jennifer!

by JJR
At last a release date! According to her website the new record will be out on October 6th. Still no title or other details but they can't be far behind.

by JJR
Hope of an October 6th release is beginning to fade. There's been no announcement yet and nothing on Amazon. Loads of October, and even November, releases have already been posted. I'm sure it'll happen, just not sure when.
All times are UTC+03:00
Page 1 of 2