Well, when she said in 2016 that the album would be out 'in the new year' she should have added 'new year 2018'. The latest news is that the album has been pushed back - yet again - to January 2018. While on the one hand I don't mind her taking time to get the album ready for release, I do wish she'd stop announcing that it's coming out and then, just when it's due, saying it's not coming out. This has happened three of four times now.
Top

This is getting silly. Most of the January releases have been announced now and still not a word about the new album. In fact the latest post on her website (Dec 1st) doesn't even mention it!! It's been ready for release for over a year now so something must be holding it up. Contractual problems maybe?
Top

Well it's January 2018 and still not a whisper about when Jennifer Warnes' new album will be out. In fact today there were two more reasons to think that it may never come out, or at least not this year. First Rolling Stone published a list of the 54 most anticipated albums of 2018 without a mention of Jennifer Warnes (probably because they too know nothing about it); second - and more worryingly - Jennifer herself posted a new photo on her website (it's a good photo) but again DIDN'T MENTION THE NEW ALBUM!! Really, it's hard to believe it's going to be released any time soon.

But who knows?
Top

Well JJR, this seems like more than a whisper

but news of this new album is not listed on Jennifer's official site yet. The album is called Another Time, Another Place. 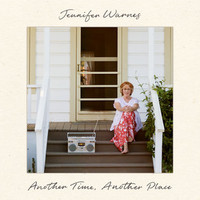 Finally, the news we've all been waiting for. Wonderful! There's a story in Billboard today about the new album. Among other things it explains why recording the album took so long. Thank you, Jennifer, for persevering through all the heartbreak.

ah well, as they say, good things come to those who wait

It is now listed under News on Jennifer's site: http://www.jenniferwarnes.com/
It doesn't have to be perfect, it just has to B4real ~ me
Attitude is a self-fulfilling prophecy ~ me ...... The magic of art is the truth of its lies ~ me ...... Only left-handers are in their right mind!
Top
Post Reply
24 posts