SONGS AND COVER OF OLD IDEAS

by Harriet175
The cover ... creating various feelings ...
it looks very striking to me with the unusual colour arrangement.
First it felt slightly alarming to me, the colours, some bizarre signal i did not know what to make of. Made me feel slightly uneasy.
And then it was combining the flashy red, the darker black – the shadows – with the much more comforting green, sunny and peaceful garden scene,
somehow redeeming and unifying.

To me also, the shadow of the photographer looks like a pregnant woman (i thought of Lorca).

one strange spontaneous thought i had when i looked at the striking colour combination of:
black – red – white
i was reminded of the Hakenkreuz / Swastika symbol (i am German, maybe that explains it

),
and what we associate with it: i wish it would just be an “old idea” belonging to the past - absent and obsolete in the presence 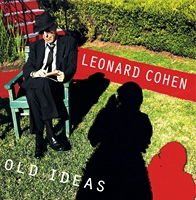 Wow, that is a rather bizarre association (a swastika? Seriously?). Not all ideas are worthy of public expression.

by bridger15
I think having a swastika here is offensive, especially when the offending image is twice the size of the album cover.
I think this image should be removed - leave the post text - just remove the image.

by Harriet175
Just in case of misunderstanding:

Besides, this symbol stands very much for “old ideas” – the ideas from our very recent history.

It’s no use to repress or ban it – better to be aware of it, and what it stands for.
Hence, to me worthy of public expression.

i removed the picture. i had tried to make it very tiny before posting it the 1st time - but was unable to, technically.

IMO the colour association is not at all offensive. The symbol stands very much for old (historical) ideas.

i had read a lot about this period of the world history - also over years in school (my religion teacher was Jewish, so the main topic he chose for years was the Nazis and their crimes against humanity), and i am grateful for it, to me it is very important to be aware of it – a lot to learn from.
(Sadly, it is not just an old idea, still actual nowadays, in the news ...even if people don't like to hear about it - which to me is understandable, but not helpful)

by Marino
Harriet175, you are crazy and your post is offensive to all of forum members.

by musicmania
Sometimes it is best to keep ones thoughts and opinions to oneself. I am just glad I did not see that image.

by Harriet175
There is nothing wrong with the Swastika symbol as such, it is a very old cultural symbol dating back more than 6000 years.
It was abused by the Nazis late in the 20th century. Staying in Asia, you encounter it everywhere...

The swastika (wikipedia):
Earliest archaeological evidence of swastika-shaped ornaments dates back to the Indus Valley Civilization of Ancient India as well as Classical Antiquity. Swastikas have also been used in other various ancient civilizations around the world. It remains widely used in Indian religions, specifically in Hinduism, Buddhism and Jainism, primarily as a tantric symbol to evoke 'shakti' or the sacred symbol of good luck. The swastika is also a Chinese character used in East Asia representing eternity and Buddhism.

by musicmania
I've previously read the history of the Swastika but because of the abuse of its use by the Nazi's it will always be associated with them in the Western world. Regardless of the history behind it the first thoughts that will come to our minds when we see it will be the atrocities of WW2.

by somewhat_nifty
The swastika itself is an ancient symbol, but the colours that Harriet175 was referring to are only associated with the National Socialists in this context, not with the swastika per se. Posting it in this specific form in this particular forum was always going to cause offence.

by Harriet175
Hello, all i wrote above was that, to me, the colours Black – Red – White stand out on the album cover (contrasting with the green).
When i had seen the cover for the very 1st time, one association (out of many) was that the colour combination Black-Red-White reminded me of the colours of the Nazi flag
– which is not an opinion, neither offending anyone, it just happens to be that way –

i do not find such a reference, associated because of the colours, offending in any way. I did never associate L.C. with the flag, of course (which would be absurd).

i was born many decades after the end of WW2, still i grew up being conscious of the Nazi flag (for education purposes, thanks to my former Jewish teacher only (!), other teachers ignored the period rather). yes the whole flag has become a symbol indeed. And the Swastika symbol inside is abused, to the extent that people do not recognize it as an ancient symbol anymore (in Asia they still do). Only mentioning the word “Swastika” seems like waving a red flag to a bull. IMO the cross as a symbol was abused, too, but still displayed. A German friend i showed the album cover to had the same association with the flag (without being a LC fan), so i am not alone. 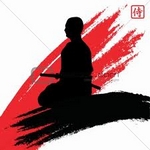 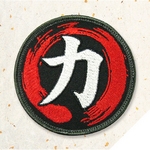 it would be kind to allow people some freedom of thought instead of telling gently to shut up.
i am aware that tolerance is not some forum members strong point, when emotions are stirred.

Some forum members before said: the cover looks only bright and postive, but it was also mentioned the cover would look creepy, some associations with death –
(although Leonard is very much alive – and no-one found this association offensive)
So obviously different people feel differently about colours and colour arrangements, and about the album cover as such! Which should be respected IMO

I like the cover a lot, it’s very thought provoking and interesting. To me, it looks intriguing because of the colour play - but i don’t find it “only pretty” or “only sunshine”.

by Mabeanie1
This thread is a place to discuss the cover and content of Leonard's forthcoming new album, "Old Ideas".

Nicole, you are entitled to your view and you have had your say. Sadly, your comments have led to the thread heading off in an unwelcome direction and it would be a shame if it simply became a discussion of the meaning of certain ancient and/or political symbols.

Let's get back to discussing Leonard's artistic output.

by LisaLCFan
I was recently in Montreal, and today I was reminded of that great city's coat of arms. Leonard Cohen is doubtlessly aware of this image. Perhaps it may have been part of the inspiration for his stunning new album cover?

by hadley
I think the red shadow of the photographer represents the ego, and also is kind of a reminder that everybody sees the same thing differently (therefore if another person were the photographer then the red shadow would look different.) Normally in photographs or life in general we are unaware of the subject looking at the object and the effect that has on what we think we are seeing. Kind of ironic with everyone here, myself included, arguing about what they personally are seeing when looking at the cover

by Roy
Now in Stores

Rolling Stone Magazine with David Bowie on the cover and Leonard Cohen's name. Old Ideas reviewed by Rolling Stone 4 STARS and 1/2 STAR out of 5.