Ask and answer questions about Leonard Cohen, his work, this forum and the websites!
Post Reply
46 posts

I'm writing an article to submit to my local newspaper on the subject of height (or lack thereof) and pointing out a couple of heroes of mine that are less than tall in stature.

I was looking on the internet for some reference to Mr. Cohen's height, but all I can find is conjecture that he's 5'9".

Can one of you who have met him in person give me an idea as to how tall he is?

Private Field Commander John K.
I love to speak with John
He's a pundit and a fraud
He's a lazy banker living in a suit

There is a reproduction of Leonard's first passport from 1959 in Ira Nadel's Various Positions. This gives his height as 5' 8".

It's possible there might be a slight tendency to exaggerate slightly on one's passport application form. I actually thought he was around 5' 7" but then, what do I know?

All figures excluding hat of course.

Hi Wendy - Yes, I have to exclude the hat otherwise it'll throw off my argument. Not that the hat isn't important, mind you.

Thanks for the info!

John The K.
I love to speak with John
He's a pundit and a fraud
He's a lazy banker living in a suit

The attached photos shows Leonard and I chatting after the final concert in Las Vegas. I am 5'6" , although years ago I was closer to 5'8". Depending how you measure the hat, it looks like Leonard has also been a victim of the aging process, compared with his passport height! 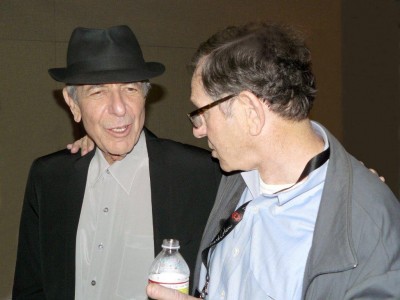 Chatting about Frank Scott, a fellow Montrealer, who wrote " Villanelle " from the Dear Heather album 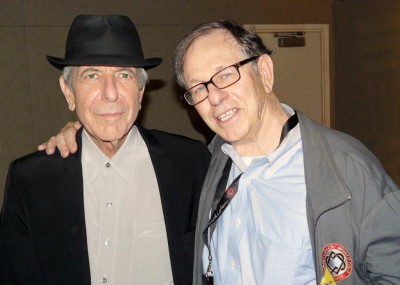 I have stood next to LC on a few occasions and I am taller than him and I am just 5' 7", Vicomtesse is 5' 2" and my Niece is 5' 0". If you look at this page and scroll down, then 5' 4" seems about right for L.C, maybe a tad higher but not much. Strange really, I have never really thought about Leonard's height before.

Actually, I always figured that as an old Jewish guy that Leonard Cohen would present himself as, well, an old Jewish guy! There are some Jewish men like my senator Chuck Schumer who are tall though (Chuck is VERY tall which I wouldn't have guessed until I met him).

That being said I've finished my piece which I've posted on the forum here:

as it does not relate to Leonard Cohen, and as you can see I've decided to split the difference for now and call Mr. Cohen about 5'5". I'll wait a few days before seeking publication so we can have a consensus if one is needed. Accuracy counts!

Here’s an interesting discussion about Leonard’s height in 2002 –

You know, this reminds me of a scene in The Favourite Game (which tenuously some people say is partly autobiographical) when Breavman stuffed tissues into his shoes to impress a girl at a dance by making him appear taller. He knew she had added tissues into her bra and he thought the same principle would work for him – vertically not horizontally! After about half an hour of dancing the tissues had become a most uncomfortable hard ball under his arches. Read the whole senario - it will most definitely make you smile!

Ah, the heights we try to reach to impress!

For the record, my guess is that he’s 5’6” in his bare feet. He probably hasn’t measured himself for years and may not even know the answer himself until he does.

I have been 5' 5" (and a half) for over 40 years. I don't think I have started to shrink yet and, in fact, if you look at the pictures of the"gang" in Katowice, Gwen and I are roughly the same height. She is much younger than I am and can't possibly have shrunk!

Leonard is definitely taller than I am. 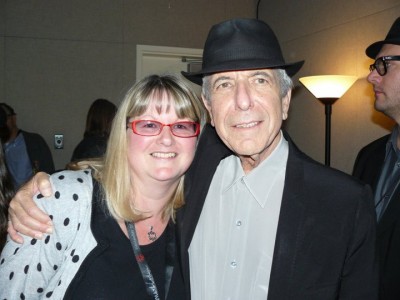 Wendy you're not standing up straight

He's still taller though Bev! I did try to upload Exhibit B (Wendy stands up straight...) but the file is too big and I don't have the technology to make it smaller at the moment

Funny how the topics go round and round .....

Well done for finding the old thread. I can never get the search to pull up the right thing for me!

Wendy, he certainly does seem to be....and it would be a different look too if you had heels on!!.....or maybe you do!
Personally I like the lean in look.

....and that thread is entertaining too! Makes you wonder where most of those posters are now.

EDIT: ....but we still don't know what or if there is anything in those shoes

He had his hat and shoes on unfortunately

However looking closer at the photo of us standing he does look closer to my height than I first thought but I still think he is a couple of inches taller.
Enter exhibit A 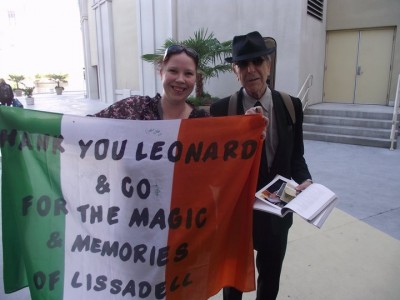 He is standing back slightly which would make him appear shorter. Still a great photo Gwen

Thanks Bev. Wonderful memories. Hard to believe a year has passed since that magical moment!!