It is Wednesday, November 3rd in Christchurch, New Zealand – about 12:30 p.m. The temperature there is a comfortable 66 degrees F.

I could find only a very small picture of the venue. The CBS Canterbury Arena (formally Westpac Arena), built in 1998, is one of New Zealand's largest indoor sports and entertainment venues It has a maximum seating capacity of almost 9,000 and hosts international sporting events, artists, exhibitions and gala dinners.

The city of Christchurch in Canterbury is the largest city on the South Island of New Zealand – and suffered extensive damage as a result of two recent – and major - earthquakes, the first at the beginning of September (7.0 magnitude) and the second in mid-October (5.0 magnitude).

A view of Christchurch Square – 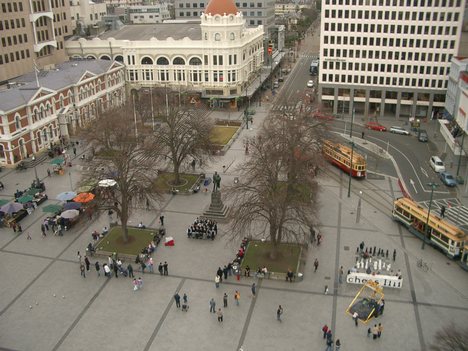 We had no video from the last show -

I’m really hoping someone has one of these - 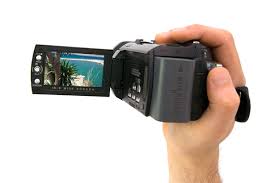 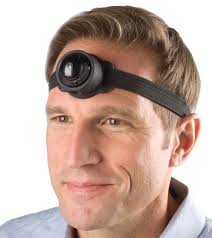 Soundcheck and the boys are kicking around another new tune.
* CBS Canterbury Arena - Christchurch, New Zealand It’s our last night in New Zealand and LC is holding nothing back. Tried to Leave You, but it’s encore number two. Closing Time before we close the book on New Zealand. Closing up shop in Christchurch.

Yes, c'mon Christchurch, just point it and press the button, we will love any recordings you make.

Arriving at the CBS Canterbury Arena I found Leonard Cohen's The Guests in my head: ''One by one the guests arrive, the guests are coming through. The open-hearted many, the broken-hearted few. And those who dance begin to dance, and those who weep begin. Welcome, welcome, cries a voice, let all my guests come in...''

I missed opener Bic Runga completely through underestimating traffic congestion, despite allowing myself 45 minutes to get from the city centre to the venue. I have never seen this venue so full of cars.

Magical is a word which was used a lot by those who saw Leonard Cohen last time he played in Christchurch, as they delivered the kind of fervent praise usually reserved for a religious experience.

Now I can understand why.

For those who missed out in 2008, another chance to see and hear the 76-year-old Canadian singer/songwriting legend miracuously presented itself last night.

Religion is something which is not far from the heart of Leonard Cohen. A Buddhist monk as well as observant Jew, there is an indefinable spirituality that informs many of his songs. Cohen was ordained as a Rinzai Zen Buddhist monk and took the Dharma name Jikan, meaning silence. And Cohen says as much in the silences and spaces in his performance as he does through his articulate wordplay and extraordinary music.

The smart hat and suit complicate the Zen-like aura a little but throughout Cohen conducts himself in the calm, meditative manner usually associated with a prophet.

My own route to the songs of Leonard Cohen is indirect, having initially heard Cohen songs covered by others. Therefore I first got to know encore So Long Marianne as performed by the Straitjacket Fits, Lover, Lover, Lover done by Echo and the Bunnymen and the omnipresent Hallelujah performed by all sorts, ranging from Dave Dobbyn to KD Lang and Nick Drake.

Playing for over three hours over two parts and three encores last night, the arena was bathed in a hushed, reverent atmosphere as Cohen delicately delivered Dance Me to the End of Love, The Darkness, Waiting for the Miracle, Bird on the Wire, Tower of Song, Sisters of Mercy, the Gypsy's Wife, Hallelujah, I'm Your Man and more. I've watched his live DVDs and heard his albums but hearing Cohen live was another step up - it was like being drizzled in lyrical honey.
Ad Feedback

For me, Chelsea Hotel #2 and 1000 Kisses Deep were dynamite. Unfortunately two braying bovine boofheads behind me decided to loudly chat about meaningless domestic frippery. I turned around and gave them "the look" and thankfully they shut their boorish cakeholes.

Cohen's gift as a songwriter, especially as a wordsmith, has never been in doubt, even for the non-obsessive, and for all who attended the sold-out CBS Canterbury Arena last night, the kind of respect usually reserved for a Dylan or a Brian Wilson was afforded. He received a standing ovation walking on stage and three standing ovations before Closing Time.

Cohen is a master at weaving emotion subtly and the atmosphere was never overly maudlin; rather the sadness was inspiring and the audience laughed often at his well-timed lines and clever poetic teasers.

Cohen said he was humbled by the hospitality he had received in our ''mysterious and exotic location you all seem to regard as regular''.

There is a crack, a crack in everything ... that's how the light gets in.

The Godfather of cool, Cohen is one of a kind and this was one of the best shows I've seen in a long time.

Mr Cohen, sir, Christchurch collectively takes its hat off to you.

[quote="sturgess66"]We had no video from the last show -

would produce great video but unfortunately might be spotted by security

Ah cohenadmirer - I know, I know - but I liked the thought and the image.

BUT - WE HAVE SOME VIDEO!

"henknz" gave it a shot - and we appreciate it. Thank you!!!

Christchurch, New Zealand, 3 November 2010. My shaky attempt at filming this beautiful, bluesy version of Bird On A Wire was interrupted by a discreet tap on the shoulder: sorry, no filming allowed.

And "henknz" was courageous and not deterred by that tap on the shoulder!!

Christchurch, 3 November 2010. This was the last of a long string of encores. The man is 76 years of age, and was on stage for a full three hours! What a concert!

"Closing Time" - great view of enthusiastic audience at the end.

A scan of the set list from the stage is included below. I seem to have lost my written record of the set list but I am pretty sure I have got it correct. If anybody who was there notices any errors (or can confirm my recollection) please make a post here.

Good work on picking up another on-stage set list. Interesting to see it lists The Darkness and Born In Chains apparently as alternative options: maybe LC decides on the spur of the moment.

Also interesting to see that it was again a 23 song concert (a little bit shorter than the full 3.5 hour show) ... I wonder what we will get in Brisbane on Saturday?

sturgess66 wrote: This is a nice picture of Christchurch - although taken quite a few years ago –

That's actually the city's port of Lyttleton, quite separate from the city itself thanks to a dramatic range of volcanic hills in between the two.

Perhaps somebody can Google a better photo than this. I know I've got some on my hard drive somewhere, but I have no time to sort them now.

Anyhow, Leonard was sublime, as ever. Two unintended incidents stamped this concert with its own uniqueness. Leonard's microphone failed during Bird On The Wire, but the mishap was handled with flair by the crew and with grace by Leonard. He briefly and obliquely referred to the incident later when name-checking the crew. And Sharon came in a couple of bars too early on the French verses in The Partisan. My impression from the flow of the song, however, was that it might actually have been Leonard coming in a couple of bars too late, with only Sharon missing the sudden cue.

My 7 year old son is still on a high from accompanying me to the show. He sat enthralled through the entire 3 hours, and sang along to all his favourite tunes.
Top

Does anyone know why the show was so much shorter in Christchurch? Dean mentioned a curfew as the reason for a shorter show in Wellington. Was this the case in Christchurch too?