There's a show today in Stuttgart - the sixth largest city in Germany - and the venue is Hanns-Martin-Schleyer-Halle - - a/k/a Schleyerhalle-
built in 1983. It is part of a "dual complex" - connected to the Porsche-Arena.

A major demonstration is ongoing in the center of Stuttgart. It has turned "ugly" with many injured - and has involved tear gas, pepper spray, water cannons by the police - people protesting a "rail project." German Chancellor Angela Merkel has called for calm.
http://www.google.com/hostednews/afp/ar ... 936445.861

I read on FaceBook that the demonstrating continued on into the night - and could be heard from the hotel where the Leonard and the Unified Heart Touring Company were staying.

Some vivid captures from Joey - Also going on across town, the Stuttgart 21 protest.
The scene is very tense and it looks like both police and protesters are in for the long haul.
* Stuttgart, Germany After a soggy night, it appears the police line has held and the clear cutting of the parks trees continues unabated. While the protesters have diminished in number at the moment, it is expected that 50,000+ people will be showing up around 5pm to pick up the baton and carry on into the night.
* Stuttgart, Germany

Meanwhile - the show must go on - and the sound check is underway.
From Joey - “Once more into the breach”
Soundcheck is on in Stuttgart.
* Schleyerhalle - Stuttgart, Germany

It will be interesting to see, if Leonard will mention the protests during the concert...
Top "We are so lightly here"
Top Bob Metzger has LC’s back as the Unified Heart Touring Co. runs through So Long Marianne.
*Schleyerhalle - Stuttgart, Germany MaryB wrote:Linda,
I am always grateful for your constantly updated photos and info. Makes one feel like you're almost there.

And thanks to Neo too who has been taking up the slack.

But - big thanks to Joseph Carenza, a/k/a "Joey" - for his "Notes from the Road!!" For those of us who can't be there - and as well for those who were there . A wonderful documenting of Leonard Cohen and the Unified Heart Touring Company as they travel - from show to show - city to city - country to country - on this incredible World Tour. 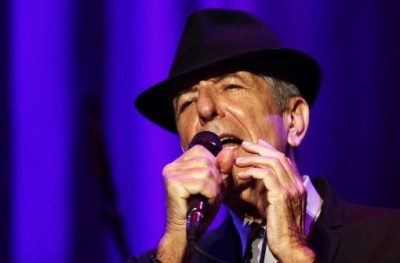 
No reviews yet, but I found this pre-concert article.
Top

Just found one Neo - and it looks like Leonard may have made a comment at the show relating to the demonstrations about the cutting down of trees for the rail line! He is standing tall - with the trees!


Leonard Cohen in Stuttgart
"Solidarity with the trees"
Michael Werner, published on 02.10.2010

Stuttgart - "Dance Me to the End of Love" Leonard Cohen on Friday evening, his great concert started in the Schleyer Halle, "Hey that's Know Way To Say Goodbye", the songwriter adopted the three and a half hours later from his enthusiastic audience. In between: hits like "Bird on the Wire" and "Suzanne," carefully orchestrated life descriptions such as "Everybody Knows" and with an acclaimed commentary on Stuttgart 21 Cohen has expressed his "solidarity with the trees." The 75-year-old singer from Montreal, was impressive with his evocative rough voice, the exquisite band and an incredible stage presence.

Thank you very much sturgess66! I was sure that there would be a comment on Stuttgart 21 when the protest could be heard from the hotel where the band was staying and the topic was featured at Joey's site so much...
Thank you Joey and thank you Leonard!
Top Travel day.
Cool and damp fall morning in the city center and if things go to plan here in Stuttgart, the next time the tour comes through (should there be a next time of course) this park won’t be here, replaced instead by a high-speed train line; Stuttgart 21.
As for the UHTC, 25 minutes to lobby call and then off to Poland.
* Stuttgart, Germany Leaving Stuttgart, all the best to our comrades in the park.
* Stuttgart, Germany

Great that LC commented on the Stuttgart 21 problem! I was hoping he would do so, since he is covering topics about "democracy" and struggles like this so often in his songs. There is a crack in everything - that's how the light gets in.
Can anybody recall when and what he exactly said during the concert about the trees or the demonstrations and how the reaction in the audience was?

Encouraging and peaceful greetings to anyone out there in Stuttgart from the north of Germany.