Indeed it are roses! The lady who gave them was standing just next to us. By the way, who is FRED?
Ingrid.
Top

Thank you all for your reviews of this concert and welcome to all the new posters - hope you stay around this wonderful forum. I could feel the heat and all the love for LC from all these great reviews. It's so nice to know LC was received so enthusiastically.

And thank you Maarten for all the lovely photos. Loved the one of Sharon in particular.

Lovely pictures, Maarten, of an amazing concert! Thanks for sharing, as I did not take any this time (I was in the 19th row).

Leonard was so very much "alive and kicking"! He seemed at least five years younger than in Brussels or Bruges. How does he manage that? Once again, he gave us an unforgettable evening, which will live in our memory for ever!
Thank you so much, Mr. Cohen, for adding your beautiful music and words to my life , ever since I was young. It really means a lot to me. And due to your music, I recently found a really nice new friend, isn't that wonderful too? Ja Bart1979, ik heb je wel herkend! Groetjes aan mijn "maatje", en nog eens bedankt voor de Cohen-cd die je me donderdag gaf. Inderdaad héél mooi! Van Anjani Thomas heb ik ook nog de CD "Blue Alert", waarover je op deze site meer kan lezen. Ze ging hiervoor aan de slag met een aantal onafgewerkte Cohen-nummers.Cohen was mede-producer.( Ze zingt trouwens ook "Nightingale" op "Dear Heather".)
I came so far for beauty, I left so much behind...
1985 Brussels-1988 Antwerp-2008 Bruges and Brussels-2009 Antwerp-2010 Ghent (2x)-2012 Ghent (2x)-2013 Antwerp
Top

A fantastic concert again last week in Antwerp. Even better than last year in Rotterdam, where we saw and heard LC for the first time in our life. I still can't stand forgetting LC after the sixties and rediscovering him so much later, but not too late! Next month we go to Colmar and who knows to another concert in september.

Tinkie:
For the blessings at the end of the concert, Marteen is right ...he said "...don't catch a summer cold...." and by the way ....at the very end of the show, who throw the banana on the stage that Leonard picked up with a huge smile on his face ?

I really would like to know because it was so surrealist, so improbable... so funny and so nice to see that fans care about the monkey !!! what about the plywood violin ?

All the best
Tinkie

The Flower and Banana was thrown on the stage by Corrie Roeleveld. 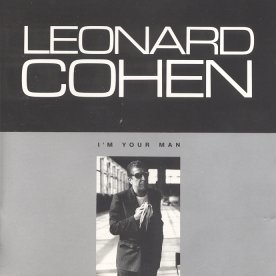 I am new on the forum. I attented the concert in Antwerp, 2009, Fourth of July. Enjoyed this concert very much. I am looking for the playlist that evening. I thought Mr. Cohen and his band ended the concert by the song Famous Blue Raincoat (o.c. there was at the end Whiter Thou Goest).

Thank you all, most kind regards,

bert de donder wrote:Hello there everybody,

I am new on the forum. I attented the concert in Antwerp, 2009, Fourth of July. Enjoyed this concert very much. I am looking for the playlist that evening. I thought Mr. Cohen and his band ended the concert by the song Famous Blue Raincoat (o.c. there was at the end Whiter Thou Goest).

Thank you all, most kind regards,

Late comment.. but was there too with my wife. And Sir Cohen, you have touched us in a way that Music can do, but does rarely. Thank you.
I have been following you for +20 years now, having been introduced to your music through my parents.

We are sure to relive this experience soon.. in Nîmes we'll be present