"To suggest an off-stage argument is ridiculous." - hydriot.
Perhaps. No more so than to suggest that it's impossible because they're professionals though. I was not to the only one to perceive what certainly looked like - from fairly close up and from the screen - some sort of a bad vibe. This seemed to be confirmed both by LC's slightly wary attitude towards Sharon Robinson (contrast with the London dvd) and the palpable distance between her and the Webbs in the first half. It seemed to get better when Leonard moved beside her and quite clearly used body language in a conciliatory way.
Can all this just be empty supposition? Of course.
Does it matter now? Of course not.
But it was not insignificant then, nor the maddening audience behaviour that clearly some experienced, and others didn't.
But his Cohen-ish sincerity (he knows we know each encore is planned, and that he will say "I didn't come to <insert city> just to fool you", and he knows that some of the audience don't understand many of the words and are there for a mixture of other reasons; and finally he knows that we know (but sometimes forget) that he is just a man…) - his sincerity illuminates all else, and makes us more sincere ourselves, more creative, more engaged. Dylan, Tom Waits et al can do it sometimes. He does it all the time, and actually embodies it, so that to see a photo of him, or recall his words, is to experience almost the whole. It's also worth considering why peoples' love for him, and that's not too strong a word, is often unconditional. I think he embodies not only what we would wish to be, but what we would wish others to be as well, and that's extremely rare, and good practice at unselfish love too.
So you see, although I moaned in my first posting, I do actually appreciate him

To everybody waiting for pictures: i enclosed them to my first message in the thread. For more pics you still have to send a pm with your private e-mail. I will send you the pictures in a photoshop file then.

Buster: I could not answer you, as the mailserver rejected your address. Can you send another? 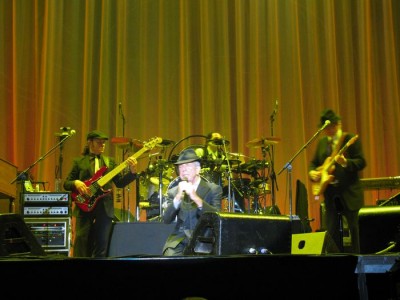 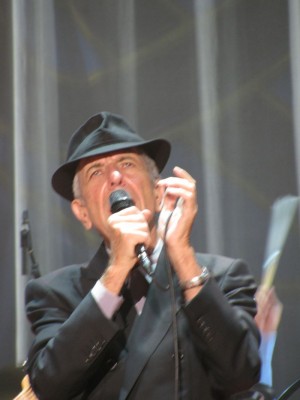 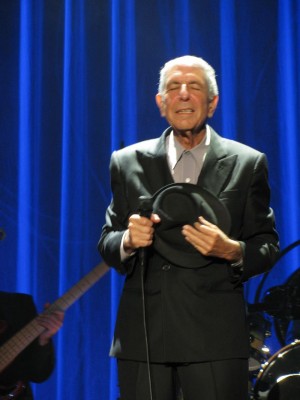 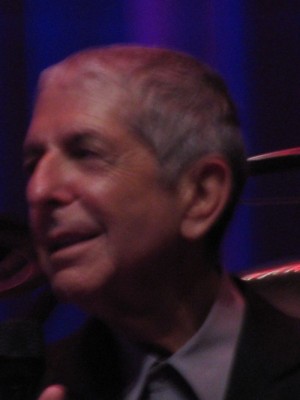 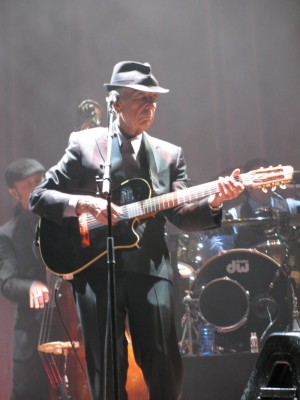 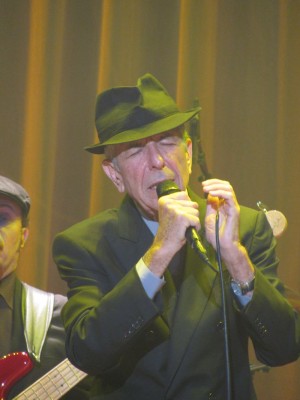 Thank you, Amrei, for the great pictures. Leonard is so beautiful, and you capture his essence.

Thanks for the great pictures Amrei!

"BenLev10" has posted some good video - a rousing performance of "First We Take Manhattan" from the Berlin concert on YouTube. It looks like the audience sort of loved it

Of course we loved it!

I have read all the messages in this thread and thought about, what we could do to prevent some (or even many) to have a bad taste after a concert, where - instead of listening to Leonard Cohen - people were sad and disappointed about the audience walking around with drinks and food.

In fact, I had sent out a warning when the tickets went on sale, as I could see on eventim's homepage, that they had turned the first three side blocks on the left into some kind of VIP restaurant, where people had to get their food and drinks from a buffet.

Somehow this message wasn't really noticed, I thought you didn´t care and booked my own tickets far away from the restaurant area, so we had a really wonderful evening not noticing the marches for supplies and ignoring malplaced clapping and whooping. Maybe I should have tried to attract more attention to my message, now I am really sorry I didn´t.

Anyway, if we want to make sure, that this is not going to happen again, you have to make statements in your evaluation on the ticket sale at eventim or simply write a complaint to them. It will change nothing for this time, but it might prevent them from spoiling another concert with this kind of events.
I thought, after having read your comments, that this VIP food area also could be a reason for attracting an audience, who is more interested in the event concert+food+ nice evening with friends than really listening to Leonard Cohen (therefore the noise, the clapping in the middle of songs, talking and what else you complained about.

So: Write to eventim and tell them - if many of us write, they surely will consider this the next time.

[quote="bridger15"]Does anyone remember what Leonard's Blessings were - usually four - following Whither Thou Goest?

bridger15 wrote:Does anyone remember what Leonard's Blessings were - usually four - following Whither Thou Goest?

this is my recording:
http://www.youtube.com/watch?v=wtr-j-3a2kg

Magnificent pictures and video ! Thank you so much!

*still overwhelmed*
Why do you look at the speck of sawdust in your brother's eye and pay no attention to the plank in your own eye?
Matthew 7,3
Top

Many thanks for the wonderful pictures. I only have to look at them and feel back in the concert.
Have a good day, christel
Top

Thank you for the pictures and the posted videos! They are really gorgeous.

In my opinion, it was a great concert! And why should we make this less for us, because of some philistines? Of course, not!

One thing left I wanna say, sometimes in the concert I thought by myself 'Well, something in me tells me - this will be not the last world tour' *twinkle* Oh, how I wish that will be true for 2010!

best regards
Adina
Tho' your promise count for nothing
You must keep it nonetheless... Heart with no Companion (Various Positions, Leonard Cohen)
Top

Can I take the last poto you posted (Anthem2) for a self Acryl painted collage, to hang it in my living room? Because of the copyright!

regards
Adina
Tho' your promise count for nothing
You must keep it nonetheless... Heart with no Companion (Various Positions, Leonard Cohen)
Top

jarkko wrote:If you want to print the official setlist for Berlin for your archives, it's here:
http://www.leonardcohenfiles.com/berlin ... 2-2009.jpg
(Songs on the right were in reserve).

I'm always saying that would kill just to hear The Avalanche, then just imagine all those songs in addition... Man, that's gotta be a massacre