Oh thanks for your kind words.

Well, that's me! Always to help people and to give hints.

BUT I get treated so badly very often - in "normal life outside the computer" but also in the forums, such as Tom Waits and Cyndi Lauper. People just always critiziging me because such as kinda fresh air guy, as you told rightly (I actually like this expression

) but you know, this is just nowaday's society!

People actually want you to be direct and sincere, but if you are just this way round people attack you! It happens to me nearly daily, and this pretty makes me pissed off!!!

I really hope I can do the Cologne gig, but this is NOT the Kölnarena, is it?

!!! You can go to Cologne or Berlin! I`m soooooooooooooo sad, I can`t because I`ve just
a term during that week and I can`t change it

.
Hope there will be still other concerts in Germany this summer. I really, really hope so!
2008 Lörrach,Oberhausen,2009 Dublin, 2010 Stuttgart, 2012Verona
Top

I would love to do both gigs but there is Marianne Faithfull in Berlin the same day! And I am a hardcore MF fan! 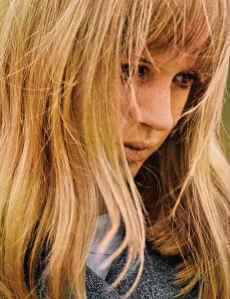 Hi faithfully,
Marianne Faithful will come to Lörrach, too this summer. I don`t know the date at the moment but
I got an email from the "Stimmen" management last week.
2008 Lörrach,Oberhausen,2009 Dublin, 2010 Stuttgart, 2012Verona
Top

Wouldn't it be nice, if Mr. Cohen would decide to visit Lörrach again? A warm evening on a nice litte marketplace and some of the best music ever played live while the sun is setting...? There's nobody listed on Friday yet and last year it was a friday, too... Oh well, don't jolt me out of my dreams, please...

That would not only be nice, that would be great

Of course I know this, I even have my place in the middle of the 1st row! Bougt my ticket about 2, 3 weeks ago, even the 1st minute it went on sale!

I even saw Marianne Faithfull for my very first time there in Lörrach, on June 29, 2002. But only from the 2nd row, but that was ok. Bugger me, who was too late for hunting my ticket!

I will also go and see her in Bologna (at the Marianne Faitfhull Festival), Montreux, Stuttgart, Berlin (which I mentioned already), Paris, Barcelona and Lyon (if these gigs which was cancelled last year will take place), Bretagne and many else more.

Once more: I AM A MARIANNE FAITHFULL HARDCORE FAN!!!

Last year, they did a Patti Smith Festival - so maybe and why not next year the Leondard Cohen Festival?

Maybe we shall suggest it to them I found other one with a cat and one ... what woman, I didn't dare.

jarkko wrote:We do NOT have the official, confirmed list of the European concerts yet, so just remain patient (but I can imagine how happy
For_Your_Smile and other Spanish friends will be when the list finally is available

What does mean this? I am not wrong, I know that he is a good person, he is not cruel, not at all. This sounds well, sounds as great news.

It is difficult to wait, we will plan the vacations when we know something more.


I was too late again, too.
Row 10, not even in the center.
At least I got better seats than last time.
I shouldn't have spend so much money anyways. I'm loosing my job. If I got a new one by then I have no idea if I can take two days of to visit a concert in another town.
But I am soo glad, there will be more concerts and I will have another chance too see him live again. My second Leonard Cohen concert. I'm very happy!
Top

As for Marianne pics, check out this!

Just awesome, all these pictures cross her career/life from - pics from now and then!

The sunflowers and fox - guess who she got these gifts from!

I can`t believe it, again concerts in Europe? He goes on? Hoping and dreaming I can go again. If Germany why not Holland?
here is your love for all this
2008 amsterdam/rotterdam, 2009 antwerpen, 2010 gent/dortmund, 2012 gent/amsterdam, 2013 antwerpen/oberhausen/rotterdam/amsterdam
Top