So you are the webmaster from the files site?

BTW I registred here just in order to post this!

Faithfully, you'll get a beer (or something else)

Nobody in this forum into Marianne Faithfull btw? 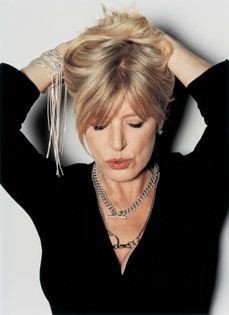 Sure! Eventim is a serious site! Don't you dare to not trust 'em!

But who are you, the master of the files site?

You mention Berlin also on October 4...but when does THIS sales start, or is this yet to decide?

And no gig in Zurich this year?
Top

October in Berlin was 2008 and yes, Jarkko is the master of pretty much everything, when it comes to Leonard Cohen.
Top

So he is likely to be constanly "under alert" regarding Lenny, isn't he?!

Hey, those dates are the PAST gigs I've seen so far -- I have listed them in my forum signature just like many other oldtimers.

We do NOT have the official, confirmed list of the European concerts yet, so just remain patient (but I can imagine how happy
For_Your_Smile and other Spanish friends will be when the list finally is available

I foreshadowed future events a bit and added a note about Köln and Berlin to The Files... and opened this new section for
this leg of the tour.
1988, 1993: Helsinki||2008: Manchester|Oslo|London O2|Berlin|Helsinki|London RAH|| 2009: New York Beacon|Berlin|Venice|Barcelona|Las Vegas|San José||2010: Salzburg|Helsinki|Gent|Bratislava|Las Vegas|| 2012: Gent|Helsinki|Verona|| 2013: New York|Pula|Oslo|||
Top

Oh faithfully, I already said that this date in October was in 2008

just put them off (deleted them) as i was googling and saw there yes, 2008

So you vaguely tell me Switzerland is likely to be on the tour list, too?

Front row for Berlin, can't believe it! Thanks so much for the heads up!

Was at the Beacon last month. First we take Manhattan...
Top

Jarkko, is this situation with comparable with the previous eventim berlin announcement ?

(i got stung last time eventim announced Berlin, booked tickets with very high fees esp for delivery by DHL as only option as i reside outside of Germany, booked non-refundable flights, received tickets - and then it was all cancelled - the ticket got refunded but not the fees - and of course the flights - so I was out of pocket for a few hundered pounds)


***I cannot say for sure. Eventim started last year too early before final confirmation. The gig was removed from tentative plans, not cancelled (because it was never confirmed!). I have asked both AEG and the tour management for more information, will probably hear something later today. / Jarkko***
desire the horse
depression the cart
Top

It's nice when people are happy.

Imagine this! I bought my ticket for the Marianne Faithfull Stuttgart gig on July 22. I was ready some weeks ago when the tickets went on sale (also on Eventim.de) BUT the bullshit happening was that there was a company that bought half the hall (no joke!) for his employees and clients. That's what I have been told by the Jazz Open Festival themselves!!! And this means, despite the fact I was there that Monday on 8 a.m. I have my place now aside, a pretty bullshit place! Ok I will see Marianne other times - most in the centre of the 1st row - but there, it was just bad luck. And it's obvious this company - which ever this might be - had the advantage to buy these tickets as first client, even before the tickets went on sale! Ok it's nice they decided for the Marianne gig BUT is this fair to not provide the best place for fan number 1 on planet earth? No, it absolutely ain't!

You hopefully won't experience this bullshit situation for your ticket booking!

Here a nice pic from one of the many Fashion Shows that Marianne attends - here with Claudia Schiffer (behind you can also see Kirsten Dunst!) 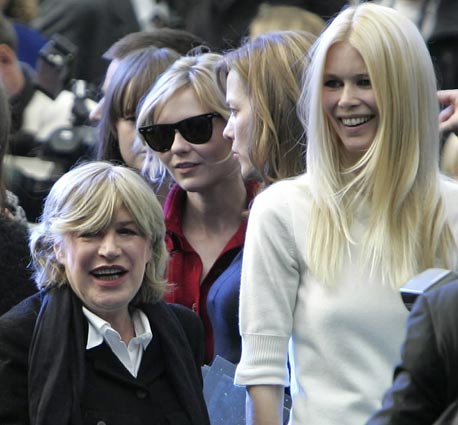 Great!! Its great news Leonard cohen come back. I´´locking for tickets in berlin or Köln.My friend
will come with me to the concert. He coms from North Irak its Kurde and he ist a new fan from
LC.
Iam so happy

Leonard Cohen in concert is just AWESEOME...AND ALSO MISTER COHEN IN PERSON...REALLY LOVE HIM IN ANY WAY!!!

Really looking forward to his amazing jumps on stage each time he enters the stage - that's FANTASTIC!!! 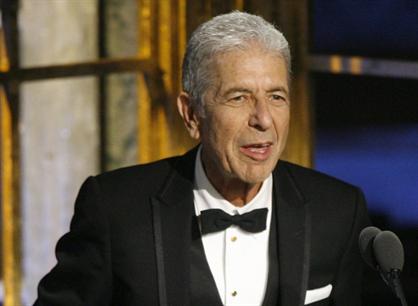