Where will they be announced first? Here?

I first found out about the European Tour 2009, because Eventim sent me a mail and bought Tickets at once for Berlin.

and Holland? just as northern as Germany...
here is your love for all this
2008 amsterdam/rotterdam, 2009 antwerpen, 2010 gent/dortmund, 2012 gent/amsterdam, 2013 antwerpen/oberhausen/rotterdam/amsterdam
Top

Why can nobody tell when the gigs in Europe will be announced? Why this top secret attitude? 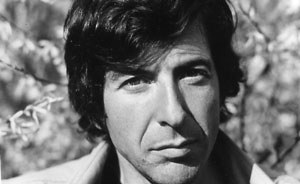 ...because the date has not been set yet -- many things are open, and the tour management wants to confirm every detail before the announcement! Remember that Eventim put the tickets on sale too early, without waiting for green light from AEG Live or the tour management.
1988, 1993: Helsinki||2008: Manchester|Oslo|London O2|Berlin|Helsinki|London RAH|| 2009: New York Beacon|Berlin|Venice|Barcelona|Las Vegas|San José||2010: Salzburg|Helsinki|Gent|Bratislava|Las Vegas|| 2012: Gent|Helsinki|Verona|| 2013: New York|Pula|Oslo|||
Top

Surely the Irish leg of the tour will be announced today, St. Patricks Day. Greetings to all fans I met in Berlin, Cardiff, Birmingham and New York. An announcement would crown the day for his Irish following. Any hope?
2xDublin 2008, 2xDublin 2009, Berlin, Beacon Theatre 2009, Cardiff, Birmingham, 2xSligo 2010, 3 x Dublin 2012
"You held on to me like I was a crucifix, as we went kneeling through the dark"
Top

But could you, at least, tell me if there will be a gig in Switzerland, without mentioning city, venue and date? Oh pleeeeeeeease..........
Top

He could be frank and brave enough to tell me the reason!
Top

why should he,when you are being so rude?

When dates are finalised we shall know, until then we hope and wait.
"I needed so much, to have nothing to touch - I've always been greedy that way"
Top

He could be frank and brave enough to tell me the reason!

If Jarkko says he is coming to the UK then I won't travel abroad to see him. If however he then doesn't come I will be annoyed that I have missed my chance to see him perform.

If Jarkko says he is NOT coming to the UK then I will travel to see him. If however he then does come to the UK I will then be annoyed that I have spent alot of money to see him abroad when I could have seen him in the UK.

I'm sure most people consider that kinda language offensive so maybe you'd better tone it down a bit buddy.
Top
Post Reply
182 posts