Leonard Has Passed Away

A reason to smile...

Leonard Cohen's producer reveals R&B and orchestral albums were in the works
'We were going to try and make an R&B record — for real,' Patrick Leonard tells EW

It’s not hard to read heavy themes of mortality and letting go into Leonard Cohen’s final album, You Want It Darker, released just weeks before his death. But according to his friend and producer Patrick Leonard, a music-industry veteran with a long list of A-list collaborators (Madonna, Michael Jackson, Bryan Ferry, Fleetwood Mac), the legendary songwriter’s creative pilot light was nowhere near extinguished when he passed on Nov. 7 at the age of 82.

“We were in the middle of a bunch of stuff,” Leonard tells EW. “We were going to try to make an R&B record—for real. There’s four, five, six songs that are sitting there, and they’re good.” (And by R&B, he clarifies, he means more “old-school Otis,” not R. Kelly – “just those sorts of simple grooves and great bass lines.”)

“We were all over a few things that were too damn cool,” Leonard says. “We also had this string record going, which was inspired by the ‘Treaty’ reprise [on Darker] and there are 10 arrangements, many of them recorded already: ‘Anthem,’ ‘Suzanne,’ ‘Bird on a Wire,’ ‘Sisters of Mercy’ – I don’t have the full list with me but there’s six more. They’re done just like ‘Treaty’ and they’re beautiful. So that may find its way out just because I loved it and he loved it – this thing of trying to discover the essence and the center of those old records and those lyrics without actually having the lyrics in it at all. It’s an interesting exercise, right? That’s part of the craft I think of doing these arrangements, that you give people the space to find their way into it. That it doesn’t ever push you away from it, it pulls you in.”

As far as how and when any posthumous recordings may be released, he isn’t sure, he says, “whether [Cohen] left any provisions for what will happen now. He and I had talked about the string record, and he said, ‘I might not see it finished, but I’d like it to be finished no matter what.’ The R&B stuff, there’s very little of that that has him on it [vocally], and that’s something that couldn’t exist without him. But we had many songs started and some of them finished, very near completion but not recorded. I don’t know what will happen,” Leonard said, his voice breaking. “The suddenness of his passing precludes that.”


I had very few deeply personal experiences with Leonard, enough to count on one and a half hands: a tiny little sparkling horse*. Like for most of us, for me he dwelled in a higher strata inhabited by some living but mostly passed icons who seemed to have this direct line to the galaxy, whilst at the same time knowing exactly when to take out the trash. Formidable in both the sacred and the mundane. But fortunately I now covet these few personal moments, I’m pretty sure it’s about 7 in total (a sacred number of course!) And credit them with grabbing hold and shifting the direction of the restless path my life has always taken. It was never a fundamental shift, just a kind yet brutally strong nudge towards where I really ought to be heading. I would have liked to have had more time to ask him more questions, and certainly now in this pathetic dinghy, adrift in a violent sea, we all need help in maneuvering a truly busted rudder through a series of magnificent typhoons. But it’s ok, it’s all in the music. Farewell Leonard, we need you now up there as much as we did down here. Love always, Rufus.

Last night at his concert in Arizona, Rufus performed Hallelujah in honor of Leonard. You can watch his tearful performance on Twitter:

Lovely to see Leonard's face on the front of the Saturday Times(and so many other papers today) today and a few articles including a 2 page obituary. I'm sure we'd all disagree with the writer when they state that Lorca Cohen had a surrogate child for Rufus Wainwright and his partner. From what I can remember Rufus made it quite clear that the child needed to live with its mother and it wasn't a surrogate arrangement. We're hardly impartial in this forum but i also don't think we'd be surprised as the writer was at a "gushing critic" comparing Leonard's writing to James Joyce.
Top

What can I say that has not been said before...

Good night Sweet Leonard, you were loved. You still are.

Gone to the Tower of Song. But he may be back....Thank you Leonard for all the memories, all the years, all the lines.
Top 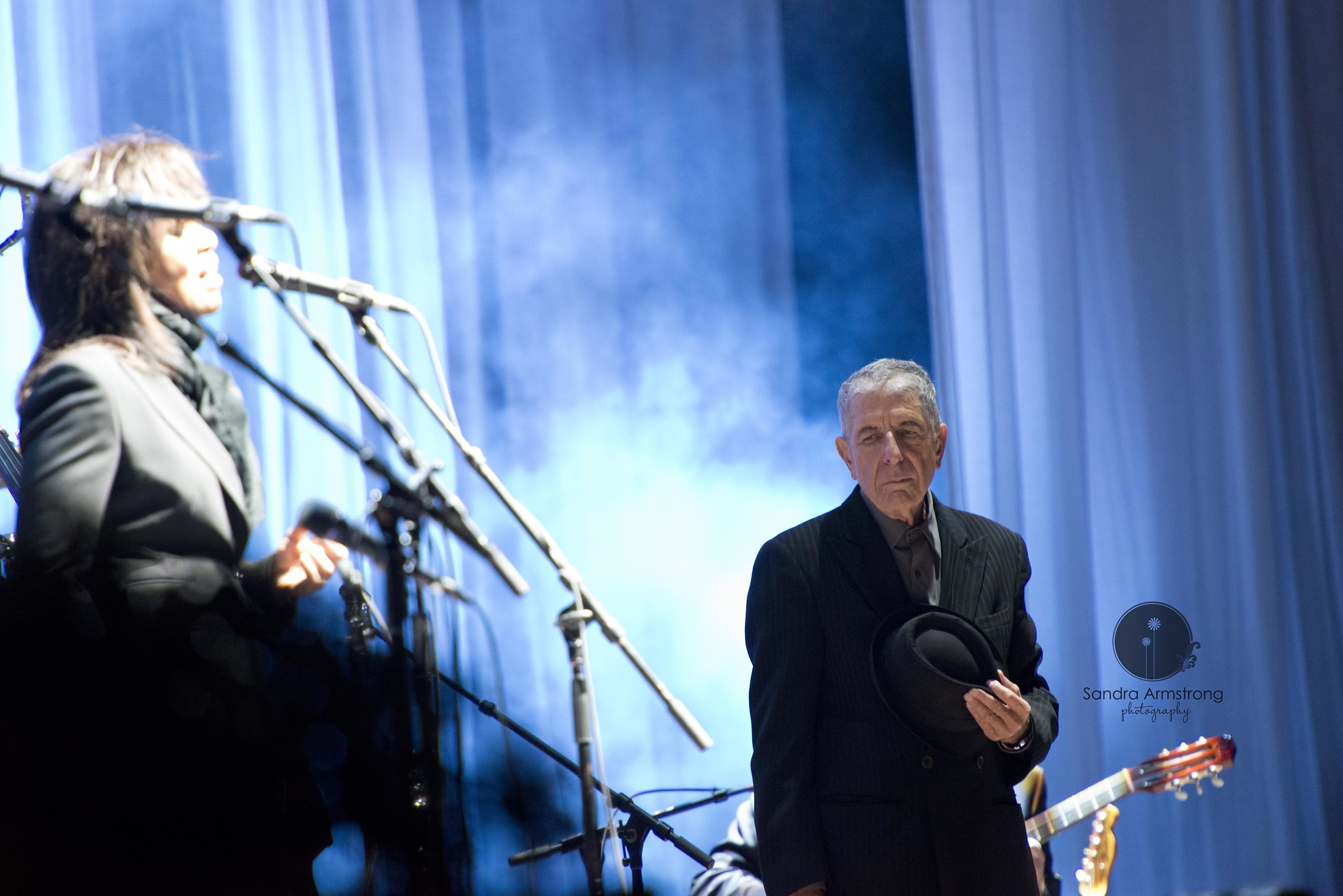 _SAA4426s by sandra armstrong, on Flickr
Such a mournful photo of Leonard in Sligo
Top

see you further on down the road, leonard. like you said, "they'll never catch us!" 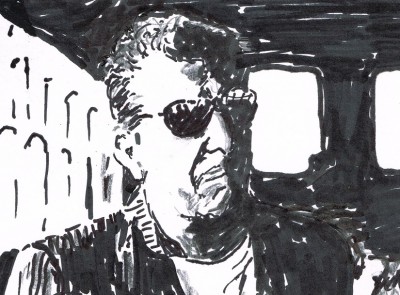 Having loved Leonard Cohen almost all my life, and having met him on several occasions, I'm deeply saddened by his passing like all his other fans, but this morning I felt happy. Having lived in Montreal most of my life, I'm naturally a very proud Montrealer & love our city, love my country, but for many years I was disturbed and upset by the lack of recognition for Leonard by the people, the press & even my alma mater, McGill University, also Leonard's university. But today, fueled by the outpouring of love from all the people here as well as from all the corners of the world, our newspaper the Montreal Gazette, devoted almost 11 full pages to our beloved Leonard Cohen!
"There is a crack in everything, that's how the light gets in"
Top

Just want to express that my thoughts and prayers are with his family and friends.

I lost a friend and a teacher today this week. Leonard was my introduction to spiruality and therefore changed my life in a good way. I will miss his words, his music, his insecurity, his braveness, his humour, his wisdom.

I am forever in his debt. He showed me humbleness and gratitude.

Thank you for sharing that very wonderful photograph.

On the occasions when I saw Sharon step into the spotlight to perform "Alexandra Leaving" (always a concert high point for me), he would doff his hat and then adopt this respectful posture. Rather than mournful, I see him meditating on his words "The Incomparable Sharon Robinson" and on what had been and what could have been.

For me, this is the essence of Cohen. Living life to the full and then meditating on it.

My heart is broken that you're gone from here. Thank you for everything. Le ghrá agus solas, a fhear uasail
Top

Devastated to wake up to this news yesterday. Leonard has been my hero and my light for 45 years. No-one even came close. My sincere condolences to Adam and Lorca and to all those people who have loved and respected this gentleman of words. What a lousy week !
Top

DarkBalkanSubject wrote:Few weeks ago, as I turned on the radio in my car, I heard his song playing and my blood chilled and rushed to my head... I had to pull over and frantically search the news online... only to find out seconds later that it was a re-run of his USA's NPR / Terry Gross / Fresh Air's interview, from 2006 I think.

I had lived through this news. So now, when it came, it somehow did not feel that abrupt and... painful... until it started to settle...

I am so thankful that he gave us what our own words and minds could not, but badly needed, still badly need.

p.s.
I had tickets for his last New York concert. Bought them some 10 months in advance, but ended up missing the show because of reasons outside of my control. Ever since then, I have been sure that there will be another tour. I was even ready to travel to any destination in the world, to see him live...

Following the "car" episode I - desperately, naively, felt that I have to force a concert. The ludicrous idea became to materialize, when a friend help me talk it trough and kinda said "why not". The plan was to crowd-fund the rental of a couple of nights of the LA concert hall under a fake act, then round up the musicians from his last tour and albums. All this swiftly and in secrecy from him until as late as possible. So that EVERYTHING would be setup for him to just come, sit in a chair, sing a few songs and go back home.

Researching for contacts, I started seeing all the news reports of his health... his son's account of how the album was recorded, his own words about what was coming... I felt a little ashamed of my selfishness, but then I thought how right it would feel, if such an event happens as a tribute... even without him, if all the people from both sides of the curtain, who loved and appreciated his work got together to celebrate and say one last thank you!

that would be wonderful I hope it happens

Tanks for All. You sang your way into our hearts, so long L. Cohen. I still hear you from the tower down the road.
Top
Post Reply
698 posts