Leonard discusses Hallelujah and his new album in London

Leonard discusses Hallelujah and his new album in London

This from the Guardian:

http://www.theguardian.com/music/2014/s ... r-problems
Those who earnestly are lost
Are lost and lost again

He's working hard to promote this album, oh these lucky people. Here's hoping it pays off with chart listings, he deserves it.

~ always have, always will.

Thanks so much for posting this, Bartleby.

]
"Be yourself. Everyone else is already taken."
~ Oscar Wilde
Top

This is, I think, a better write up of the same London event.

this one is nice as well:

LC on finding the upside, on record at least:

basecamp wrote:this one is nice as well:

LC on finding the upside, on record at least:

Now the brittons, they are seing Patrick Leonard as the French Canadian of service. Is this an obsession? He is an American, as far as I can see in his bio.

All those means of communication may be extremely performant in regard of the speed, but the content is helter-skeltered in the haste and careless transportation : the text is all mixed up and, and we have to find, pieces by pieces what is information. From a lot of just piles of mishaped datas. So at the end, the real communication is slowed down, in fact.
***
"He can love the shape of human beings, the fine and twisted shapes of the heart. It is good to have among us such men, such balancing monsters of love."

Tchocolatl wrote:Now the brittons, they are seing Patrick Leonard as the French Canadian of service. Is this an obsession? He is an American, as far as I can see in his bio.

MW: how do you decide who you produce? Because you seem to like Canadians!!
PL: who have I done? Adam and Leonard Cohen, what can you say, Bryan Adams and Lara Fabian? I am French Canadian myself so maybe there is some kinship there. All great artists.

This is not the point of my message.

It was just a small example that jumped to my eyes of what bugs me in communication now, even by what is considered serious journalists. Take a little fact here, take another fact here, accumulate datas, shake them, and hope it turns out as information by luck, send them on the net, quick, quick, quick. QUICK holy s**t! We must have something out for yesterday, anyway people are not reading, they just scan, Go!

At least we have a good report of the promo that Leonard Cohen did there.
***
"He can love the shape of human beings, the fine and twisted shapes of the heart. It is good to have among us such men, such balancing monsters of love."

Re: "Popular Problems" - the next LC album (late September 2


Surely, any sequel/second LP would be entitled Unpopular Solutions.....?

Now WiTS you came (nonono I will not say "all the way from China" - I just said it. Duh!) with an article that I really enjoyed.

So much that in fear of seing the page disapeared of the net for some reason or another, I copy the article here.

“I’m going to leave the room when the record plays, so you can grimace and wince at your own disposal,” announces a slightly diminished-looking Leonard Cohen to the room of journalists and well-wishers at the Canadian High Commissioner in London’s Mayfair. In town for one night only – last night (16 September), in fact – the poet-crooner was here to present his 13th studio album, Popular Problems, which will be released next week, the day after his 80th birthday (21 September).

Yet whatever idea of frailties that may come his impending graduation to octogenarian popstar status, Cohen quickly dismisses them this evening. Firstly there’s the work itself. Wry, noir, grizzled, refined, brutal and tender, his new record confirms his artistic skills are in rude health – and he quickly volunteers that he is already “deep” into his next album. Yet the man also appears to have grown in stature, too. Maybe he’s been doing push-ups out the back while us hacks listen to Popular Problems, or perhaps it’s that a bit of gentle sparring with the press emboldens him, but when he re-enters the room for a half-hour of questions and answers, he seems a bigger, stronger presence than before. He’s wearing exactly the same outfit, right down to the tie he sports on the cover of his new record, and as his gentle, gravelly voice fills the air he becomes every bit the icon.

“I think it has a mood of despair,” he grins, when asked what theme his latest work possesses. “But those are things we ascribe to a piece of work after it’s finished. While it’s going on you’re just scraping the bottom of the barrel trying to get something together.” Although he admits there is some forward planning in his world, getting belly laughs with his announcement that “the next record is going to be called Unpopular Solutions”.

“I don’t know how other writers feel but I just have a sense of gratitude that you can bring anything to completion in this veil of tears,” he adds of his creative process. “It’s the ‘doneness’ of the thing that I really cherish.” With some of Popular Problems’ lyrics concerning themselves with the military and wars, a “gentleman from the BBC” wonders if Cohen’s 13th record is a political one.

“It reflects the world we live in, but it’s not deliberate. One picks up these things from the atmosphere,” the singer suggests of his current subject matter. “I’ve [actually] tried over the years to define a political position that no one can actually decipher!” With potential headlines wryly sidestepped, however, Cohen’s brow furrows in serious thought to Auntie’s follow-up enquiry. Having quit smoking some years ago, he once said he start again when he hit 80. The 21 September is looming – so will be sparking up again?

“Yes!” he answers without missing a beat. “Does anyone have a cigarette? There are so few places you can smoke now. I smoked for 50 years or so, gave it up 10 or 15 years ago, but I really like smoking and I think about it a lot. I’m thinking about it right now!”

With deference to our hosts, the next questioner wonders how important Canada has been to the songwriters to music. Very. “Well, Canadians are very involved in our country, we are on the edge of America and we watch America the way women watch men,” he explains, before pausing with perfect comic timing. “Very, very carefully! So when there’s this continual cultural and political challenge right on the edge of your lives it develops a sense of solidarity. So yes it is a very important element in my life.”

Canadians are not Cohen’s only supporters though. A Norwegian journalist asks him why before his recent chart renaissance, his records only went to Number 1 in her country and Poland. “I’ve been trying to figure that out,” he smiles before gamely offering a theory. “I lived with a Norwegian woman for a long time. I lived in Oslo for a while and my family came from Poland in 1860 so maybe that explains something.”

After dodging a question about his current tastes in literature (“It’s kind of a secret”) and contemplating his relationship with his older work (“you have to find a way into the centre of the song”), an Israeli journalist wonders if Cohen hasn’t been slightly less than honest this evening. Yes, there’s a “mood of despair” to his new album, but doesn’t it have its optimistic moments too? It seems it’s a fair cop. “Yeah, I’m a closet optimist!” he confesses.

Banged to rights, a Spanish journalist then asks Cohen if, as he chalks up 80 years and 13 albums, how he’s going to celebrate his birthday (“I may have a smoke!”) before wondering that having reached this milestone, does that make feel like an institution? To a man of his wit the set-up line naturally proves irresistible. “Sometimes I feel like an institution,” he confirms, “but kind of like a mental hospital!” Lennie Cohen, ladies and gentlemen, he’s here all night.

From stand-up, Cohen moves effortlessly to philosophy as the next question from a Danish writer taps the singer’s noir. On his last album Old Ideas, he sung of a “manual for living with defeat”, so what would that “manual” actually include?

“I wish I could really come up with something because we are all living defeat and with failure and with disappointment and with bewilderment. We are all living with these dark forces that modify our lives,” he carefully explains. “I think the ‘Manual For Defeat’ is to first of all acknowledge that everyone suffers, that everyone is engaged in a mighty struggle for self-respect, for meaning, for significance. I think the first step would be to recognise that your struggle is the same as everyone else’s struggle, and that your suffering is the same as everyone else’s suffering.

“I think that’s the beginning of a responsible life, otherwise you’re in a continual savage battle with each other. Unless we recognise that each of us suffer in the same way there’s no possible solution: political or social or spiritual. So that would be the beginning, the recognition that we all suffer.”

Our audience with Leonard Cohen then takes a slightly surrealist twist for its conclusion, with another Spanish journalist asking the Montreal native for his views on the Scottish independence referendum and what impact that might have on the Iberian Peninsular. Diplomatically Cohen deals with the topical twist indicating that, “I don’t feel compelled to take a stand one way or the other”, adding that, “I assume everybody is working with their best intention… on both sides.”

It’s proves an unlikely final question, but then Cohen’s route to his 80th year has been roundabout too, traversing from poetry to monasteries, retirement to fraud victim, Jeff Buckley to The X-Factor. The constant has been his artistic determination and fortunately there’s one question from earlier in the night that he doesn’t feel the need to be ambiguous about. Will he be touring again? Yes.

“I like life on the road, it’s a lot easier than civilian life,” notes the near birthday boy. “You feel like you’re in a motorcycle gang! It’s that and washing dishes which are the only things I can do well.” After tonight’s session, diplomat, philosopher and comic should join plate scrubber on his CV.
Paul Stokes @Stokesie

Good job!
***
"He can love the shape of human beings, the fine and twisted shapes of the heart. It is good to have among us such men, such balancing monsters of love."

Tchocolatl wrote:Now WiTS you came (nonono I will not say "all the way from China" - I just said it. Duh!) with an article that I really enjoyed. 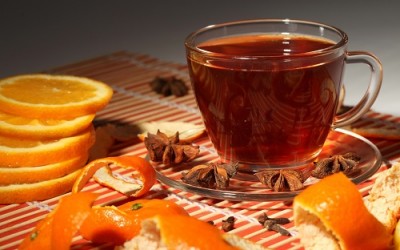