I ordered it today from a Scandinavian internet book shop (www.adlibris.com) - delivery time was said to be 2-5 days (it's in stock!), and price 18 eur including postage. Much cheaper than from Amazon.
1988, 1993: Helsinki||2008: Manchester|Oslo|London O2|Berlin|Helsinki|London RAH|| 2009: New York Beacon|Berlin|Venice|Barcelona|Las Vegas|San José||2010: Salzburg|Helsinki|Gent|Bratislava|Las Vegas|| 2012: Gent|Helsinki|Verona|| 2013: New York|Pula|Oslo|||
Top

thank you Jarkko for the info
Top

jarkko wrote:I ordered it today from a Scandinavian internet book shop (http://www.adlibris.com) - delivery time was said to be 2-5 days (it's in stock!), and price 18 eur including postage. Much cheaper than from Amazon.

A real bargain Jarkko. Unfortunately, it doesn't work from the UK so I am stuck with Amazon which is much cheaper than other sites available to us (it's £24.99 on Waterstones' website!)

Was yours in English, Jarkko?
"Be yourself. Everyone else is already taken."
~ Oscar Wilde
Top

Okay, that's what I figured, but wanted to make sure. Mine's been on order from Amazon for months. Periodically, they email and ask if I want them to cancel my order, which my not responding, at all, is all that's needed to keep my order active.
"Be yourself. Everyone else is already taken."
~ Oscar Wilde
Top

This will be the 10th book this year on LC!
(Thanks to Dominique for the hint!)

Well, all of that promises to make the coming of this book very exciting!
"Be yourself. Everyone else is already taken."
~ Oscar Wilde
Top

Sharon Robinson's book will not now be released until Feb. 2015, according to Amazon.
Disappointing, but I'm prepared to wait.

Having worked with and supported LC for many years she has earned the right to write about him, unlike all the others who have just jumped on the bandwagon!

Later edit: Amazon now says this book will make it before end of 2014. Look forward to reading it whenever it appears.
Last edited by Athnuachan on Sun Jun 15, 2014 9:09 pm, edited 2 times in total.
Ring the bells that still can ring...
Top

I've been reading "So Long Marianne A Love Story," and at the end of the chapter recounting Marianne's husband Axel's sad decline, the author says, "It had been a long way to the bottom. Or, as Leonard Cohen would later write: Yes it's come to this, and wasn't it a long way down."

Dress Rehearsal Rag has always been an interesting song to me, it contains some very clever lyrics. What I am wondering is, does anyone here on the forum know of LC ever saying that Dress Rehearsal Rag was, at least in part, based on Axel Jensen?
2010 DECEMBER 10 - CAESARS COLOSSEUM, LAS VEGAS / 2012 SEPTEMBER 28 - L'OLYMPIA, PARIS
2012 OCTOBER 3 - PALAU SANT JORDI, BARCELONA / 2012 DECEMBER 13 - K-ROCK CENTRE, KINGSTON
2013 APRIL 6 - RADIO CITY MUSIC HALL, NEW YORK CITY / 2013 JULY 9 - PIAZZA NAPOLEONE, LUCCA
2017 NOVEMBER 4-8 - MONTREAL "TOWER OF SONG" CELEBRATION - RIP, YOU GOT ME SINGING!
Top

its4inthemorning wrote: What I am wondering is, does anyone here on the forum know of LC ever saying that Dress Rehearsal Rag was, at least in part, based on Axel Jensen?

Doubt it, somehow.
Have the strong impression that every LC song is about LC himself!
Ring the bells that still can ring...
Top 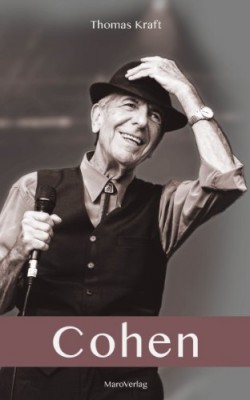 One more book, 11th so far (but there are more to come). Dominique Boile found it for us at Amazon.de:


Thomas Kraft has here written a biography that does not focus on just dates of life. Rather, he is interested in the dominant themes in the life of this multifaceted artist: his strengths and weaknesses, its ups and downs: "The desire and its tired ambition, a lazy observer of my pain ..." guilt, humility, addiction and freedom. Thomas Kraft has succeeded with this book, a tribute, a birthday gift of a different kind. The end of the book contains a detailed chronology with complete bibliography and discography.

Here is another new book (by me) on Cohen and his songs. It is not a biography but it offers an analysis of all his songs in the order they appeared on his albums. It is in Danish and is called "Master Songs". http://www.forlagetvandkunsten.dk/111808/ 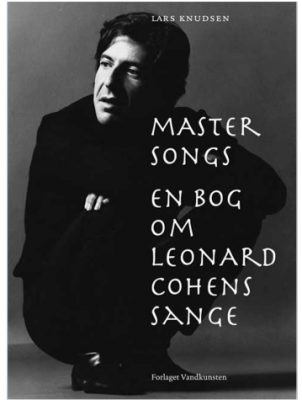 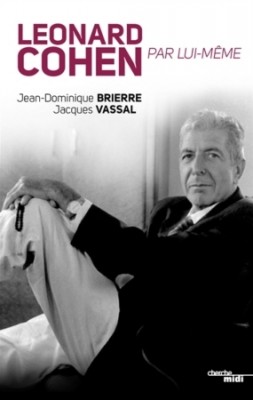