Happy Birthday, Leonard. You are a very important and meaningful part of my life. I am looking forward to your concert at Madison Square Garden in December. I wish you good health and self peace.
Top

I hope that you have a very happy birthday. Your work continues to inspire and challenge me. My best wishes for a wonderful upcoming year where ever it takes you.

John Kloberdanz
Buffalo, New York
I love to speak with John
He's a pundit and a fraud
He's a lazy banker living in a suit

Many happy returns Leonard. You seem to have the gift of growing younger with age - and more active and confident by the minute. As for me, I'm just starting to seize up and freeze over

Happy Birthday Leonard!
You are the music in my life. Thank You for the wonderful consert in Helsinki.

HAPPY BIRTHDAY Leonard. 78 years young.
Thank you for all the years of words and song. Thank you for Wembley.
May you have many many more Birthdays to celebrate, we will all celebrate them with you.
THANK YOU We all love you.
Somebody must have died for you
A Thousand Kisses Deep

Have the best possible birthday .
The next time i see you on stage you will be 78 !
Sounds quite old but the way you've been ageing helps to reduce my anxieties about this inexorable process!

May you have many healthy and fulfilling years ahead, and may we see you and celebrate your work in your wonderful presence from time to time during those years

Wishing you a wonderful birthday.

Happy Birthday Leonard!! I've been a fan since 1972.
Thank you for so many years of beautiful music!
Can't wait to see you in December!!
Top

Happy birthday, Leonard, and thank you for inviting us into your private sanctuary on such a vast scale. We understand your protocol so we stand at a distance wishing you many future years of health and strength - to continue to share your profound interpretations of the human condition . Truly art of historic importance.

Thank you for the glorious light which you have so generously poured through the cracks in my world for all these many years.

May your birthday and all your days be filled with love and joy and everything that brings that miraculous mesmerizing smile to your exquisite face.

Thank you for coming back to us. We need you. 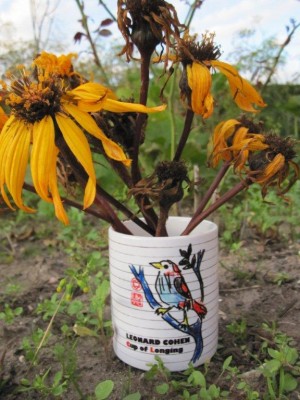 All the best wishes !!!!
You are blessed with many gifts,may you stay forever young.

And -by the way - no more Open Airs please,take good care for your health,
and ours

Wishing you a very restfull Happy Birthday
Hope warmer climes will help with your summer cold.

Thank you so much for your wonderful music and your obvious happiness in bringing it to so many of us.
You know we will always 'LoveYou Anyhow'.