palefire wrote: I 'complained' about the sound earlier in the thread. It's a personal taste thing in my case. I really liked the mix in Cardiff, where, to my ears, it sounded like Bob Metzger & Neil Larsson were a little less prominent in the mix and Javier Maas was more discernible. The vocals (Len, Sharon, the Webbs) were dialled back just a little.

Perhaps a good illustration of this would be to look at the track "The future" (on the DVD, on BBC4 or listen to the CD). Looking at the video feed it is clear that Maas is very busy in this song. His contribution is very much buried in the mix. My recollection of the Cardiff gig is that his playing added a very welcome dimension to the song, which does not come out in the recording.

I've just listenened to The Future again. You're right about Javier Mas, a little too quiet. Metzger and Larsson's dominance gives it a much more electric feel.... Still a great version of the song.
I'm sure you can hear the Webb sisters smiling while they sing just after their little dance. And I like Leonard saying "Beautiful" to the band at the end of the song.
I'm too lazy to search through this thread for what people said earlier, but weren't there a couple of people who complained that the DVD mix was worse than that of the CD? It was this that made me think they had DVD player problems.
Martin
Top

wakeupmartin wrote: I've just listenened to The Future again. You're right about Javier Mas, a little too quiet. Metzger and Larsson's dominance gives it a much more electric feel.... Still a great version of the song.
I'm sure you can hear the Webb sisters smiling while they sing just after their little dance. And I like Leonard saying "Beautiful" to the band at the end of the song.
I'm too lazy to search through this thread for what people said earlier, but weren't there a couple of people who complained that the DVD mix was worse than that of the CD? It was this that made me think they had DVD player problems.
Martin

To my (admittedly pretty gig-frazzled) ears the DVD & cd sound seems pretty much the same.

Much like yourself I'm not so concerned as to trawl back through all the previous comments.

Just have my fingers crossed that if Len does churn out a new album after the tour he'll record it with this band. The synths have their place, but a part of me just wonders how amazing an album like 10 new songs might have been if it'd been recorded with a band.

And I do like the Live in London Album - (I tend to prefer his live albums to the studio ones), my point was a minor, minor quibble.
Top

Review of LIVE IN LONDON DVD on a South African literary site for the Xhosa, Afrikaans & English languages
http://www.litnet.co.za/cgi-bin/giga.cg ... at_id=1536
Thanks to Pieter for giving us the link!!


The Lieder of Leonard
Pieter Uys
He jogs up the stairs to join the ensemble. Looking dapper and groomed in their suits, they are ready and eager to unleash Leonard's Lieder in this unusually vast chamber. Even the lovely female vocalists are formally attired, setting a splendid visual standard for a night of a thousand harmonies. Everything about this extraordinary DVD impresses. There's the breathtaking cinematography, the expert and seamless editing that strikes a perfect balance between shots of Lenny, the musicians, the instruments as they are being played, the graceful backing singers and the appreciative audience.

The lighting too, meets the mood of the music as it bathes the stage in blue, green, red, royal purple or golden brown. Instruments like the banduria and archilaud add new dimensions to the sound, while the instrumental and vocal arrangements refresh and rejuvenate old songs. The angelic voices of Sharon Robinson and the Webb Sisters caress the lyrics throughout, but with particularly arresting effect on "Ain't No Cure For Love", "In My Secret Life", "Anthem", "Closing Time" and "Hallelujah".

On the solemn "Who By Fire" the camera perfectly complements the sounds of the archilaud, keyboards, stand-up bass and - most impressively - the sitar as Hattie Webb plucks the strings. The same happens with the harmonica on "Hey That's No Way To Say Goodbye". What's more, the audience resonates with LC's every word between songs, whether it be witty or just wonderful. He wisely chooses wit when introducing the disturbing or apocalyptic ones like "The Future" and "Everybody Knows". The first part of the concert concludes with "Anthem", a sublime collision of sound and vision with a lengthy outro in which Leonard acknowledges the individual musicians. He does that often throughout the performance.

The proceedings resume with a good laugh or two, whereupon Leonard humbly thanks the audience for keeping his songs alive down the years. Ecstatic applause erupts as he sings the ironic line "born with the gift of a golden voice" in "Tower of Song". Then the stage darkens for a melancholy Suzanne before a long banduria solo introduces "The Gypsy's Wife", on which he plays the guitar. Next, "Sharon Robinson" brings soul to "Boogie Street" by singing lead. The studio recording of "Hallelujah" sounds like a demo compared with this version, which flows, moves and embraces the listener within its exquisitely woven textures.

Leonard recites some stanzas of "Democracy" before the ensemble renders it in a robust and rhythmic way; "A Thousand Kisses Deep" is recited in full with only keyboard backing. The stage comes alive for "Take This Waltz" as he interacts with the musicians before settling into a duet with the blond Webb Sister that becomes an audiovisual delight. The upbeat mood lasts through a rousing rendition of "So Long Marianne"; it is abruptly displaced by the subdued resignation of "Sisters of Mercy" which is, however, simultaneously tender and reassuring.

For the third time, Leonard recites - the first few lines of "If It Be Your Will". Then he hands the prayer to the Webb Sisters, who accompany themselves on harp and guitar for a supranuminous performance. From the divine to the irreverent, the pace picks up for the buoyant "Closing Time" as the singers sway and the music swirls to the catchy tune. At the end, all the musicians join voices on the comforting conclusion, "Whither Thou Goest".

July 17, 2008 was clearly a night to remember for those present. Fortunately, enough of the magic is captured here to make one watch this DVD over and over again. The booklet contains a gig review by John Aizlewood, plenty of full-colour photographs, the track listing and credits. All the lyrics are available on the disc.

From Christy Moore's recent newsletter
Look out for him in Dublin


Watched Leonard Cohens recent concert in London on DVD last night. We caught his gig here last year but nevertheless were mesmerised once again by his artistry and generosity, his skill at communication and by the wonderful band that surround and support every move he makes. We anticipate his return next week. May his light shine upon us for years to come.

Thats it for now, Paddy is gone to th

Do we know if theres gonna be a DVD of the Weybridge gig? I think the audience participation during the gig would look pretty good on DVD. And if we do put out a DVD of the gig, can it please for the love of all that is holy come out in 16:9 format which is what most TVs are these days instead of 4:3? And put out in HD maybe?
Top

I think it is time to draw the line on the arguments/discussions about the quality of the DVD. I have my copy since early june and it is my precious reminder of the time i spent in Leonards company at 3 shows in Dublin in 08 and 09. Even if we never get to see him in concert again we have a permanent reminder of those magical nights with leonard and his marvellous band. Leonard you are the man.
Top

Thank you so much for this news Jarkko! I think all of us have been anticipating a "Best of Tour" dvd but excellent news to know it is for positive and also that it will be a BluRay disc and in HD! So many things to look forward to!

Now, go and relax in the forest or by a lake!

I don't think there are definitive plans nor details at this point, but the original idea has been to include every song performed during this tour in the "best version" selected from the video footage archive (all concerts of last fall and many of the 2009 tour have been filmed in HD)
1988, 1993: Helsinki||2008: Manchester|Oslo|London O2|Berlin|Helsinki|London RAH|| 2009: New York Beacon|Berlin|Venice|Barcelona|Las Vegas|San José||2010: Salzburg|Helsinki|Gent|Bratislava|Las Vegas|| 2012: Gent|Helsinki|Verona|| 2013: New York|Pula|Oslo|||
Top

jarkko wrote:I don't think there are definitive plans nor details at this point, but the original idea has been to include every song performed during this tour in the "best version" selected from the video footage archive (all concerts of last fall and many of the 2009 tour have been filmed in HD)


Wow Jarkko that sounds great, really comprehensive. If they're looking for someone to go through all those long hours of video footage (200 dates multiplied by 3 hours!) I'll volunteer to help!

jarkko wrote:I don't think there are definitive plans nor details at this point, but the original idea has been to include every song performed during this tour in the "best version" selected from the video footage archive (all concerts of last fall and many of the 2009 tour have been filmed in HD) 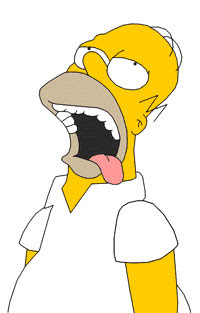 I'm sitting watching the Live in London DVD on my PC for the umteenth time. I just LOVE it! I'm hoping to make it to the St.Louis show in Nov. There are so many parts of this video tho, that I just adore. I mean to start with, the way he comes bounding onto the stage and the look on his face when he looks out at the crowd...PRICELESS!!!! That look is sheer joy, like the look on a baby's face when they discover something for the first time. He has some great moments all thru the concert. I love his observation that the last time he was there "age 60, just a kid with a crazy dream." What a line! Of course, that's followed by his list of all the meds he's taken and, "I've also indulged myself in the various religions and philosopies but cheerfulness kept breaking thru" Just wonderful!!!!

I think my favorite moment of the whole concert is when he goes skipping off stage after singing "Closing Time", only to return for a few more songs.

I just can't wait until Nov so I can actually see him in person. What a guy!
Lili
"Well, that's my story
I admit it's broken and it's bleak
But all the twisted pieces fit
A 1000 kisses deep."
Top

Bought Live in London CD today as I wanted to get it after I'd seen him live. Great concert captured but I think there is a difference between this years performances and the one captured last year. I think the band is sounding even tighter but more relaxed and LC's voice is stronger than has been captured on the CD! Great stuff!