new poster to the forum here, so go easy on me

. I'd like to share my feelings of the Lucca gig, if for no other reason than that I promised one one forum member at the gig that I would...

Seeing mountains does the funnies to me (makes me all poetic), and the text below came from Lucca...

The setting, the venue, could not have been more beautiful and more "tuning-to-the-mood-for-leonard" than it was. The dark blue velvet sky, the statue on the middle of the piazza, the occasional aerial effect of pigeons flying and leaves blown by the gentle summer wind over the audience. And myself in Italy for the first time, doing my best to keep good company to four lovely ladies (

to the party of five mentioned by happygirl), which did really affect my mood... in the most positive way imaginable.

Yes... the first 3 songs were marred by organizational issues. 'nuff said on this forum already.

The first cold shivers crawled their merry way up and down my spine at the first beats of "Who by Fire".
And they just wouldn't go away afterwards.

Songs that had not moved me too much (only in comparison to other LC songs, that is) before suddenly filled my conciousness with new ideas. I'd been a fan of the modern, wistful, slightly-sarcastic-but-nonetheless-optimistic LC for about 11 years now. I'd been a fan of the outsider and the commentator of the late 80's and the early 90's. "I'm Your Man" and "The Future" had been Cohen for me.
Now "Hallelujah", "Gypsy's wife", "If it be your will"... and many more impacted me in strange and beautiful ways. I learned to appreciate the music of Leonard Cohen all over again.

Was fantastic to meet other fans at the forum members meeting before and after the show, thanks to everyone.

During the interval, three words filled my mind: Dove sta memora. "Where the memory resides", or, the place were emotion is at one with intellect... that place might as well be called "Leonard Cohen-land".

The set was simply too perfectly crafted - more than half the time I felt like I just knew what was coming next (had not read any setlists of the tour!), on the few songs that I did not know, I could feel the lyrics, could know the next line... too much to put down to simple synchronities. That was Leonard exerting his persona, his influence on the crowd, and me. That was place, the mindscape, away from the "darkness and chaos" of the world, as LC so eloquently put it.

Helsinki gig next, and while I do not dream that the setting could be even half as good, there's one request: volume, up, up, up and then some

Mille grazie, signor Cohen. Your words and your voice are in my pulse, my heart, my breath.

was I the only finn there?
Top

Hello to all the forum members who met at Stellar Polare prior to the Luca concert. I have finally got back to Perth (Australia) via Hong Kong. A long trip but certainly worth it for what was a very special Leonard Cohen concert. Thank you all for your companionship, it was terrific to mix with other Cohenites. All the best, John (harros) ps.Andrea, looking forward to some photos etc from stella polare
Top

Thanks for your posts! At this stage my colleagues and friends are starting to get a bit bored with me raving about the gig in Lucca (of course WE all know they are really just envious). So it's good to have this place to go to and remind myself that it really happened and I'm not the only one who's heart has been that affected by Leonard's lovely music and presence. Looking forward to hear more reports from other Stella Polare people and anybody else who we met at the gig. I saw a woman with a LC t-shirt in a supermarket in Dublin the day after we got back and we had a chat in the vegetable isle about how brilliant the Dublin gig was and how some of her friends had been to one gig while she looked after their kids and vice versa. Isn't it amazing how you can connect with total strangers this way because of how special Leonard's music is to us. I love it

! Now I remember why I do not love fan's forums and fans in general

! I'll try to unsubscribe from here. And I'll continue adoring LC. But by myself

sorry, man, didn't ment to offend you or anything

I just wanted to say that you could avoid that mess at the gate by coming earlier, that's all. but nevermind, the concert was great, leonard is great and that's only what matters

it's hard to walk tall when you're small
Top 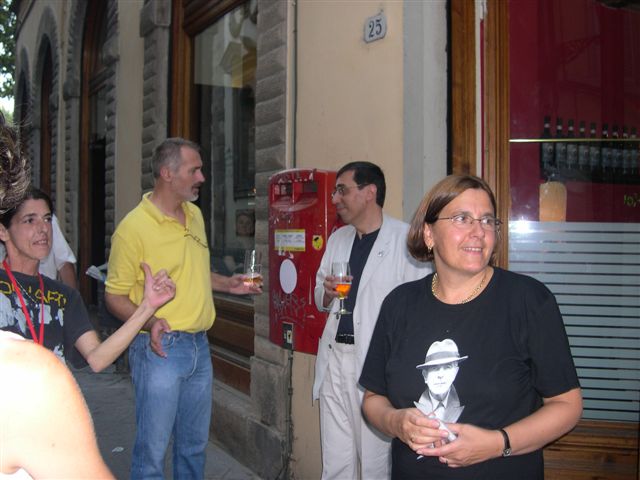 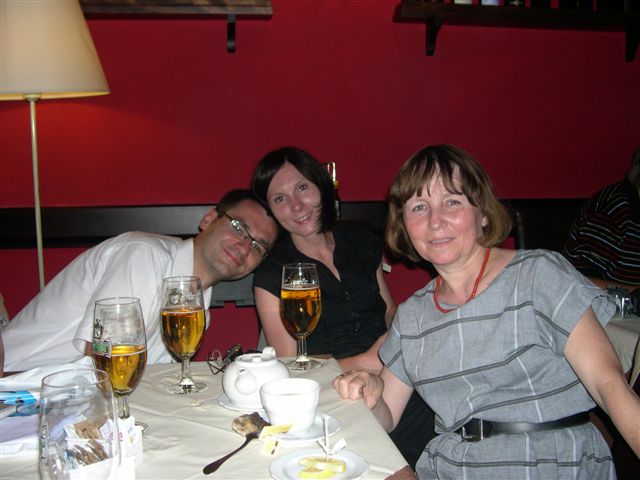 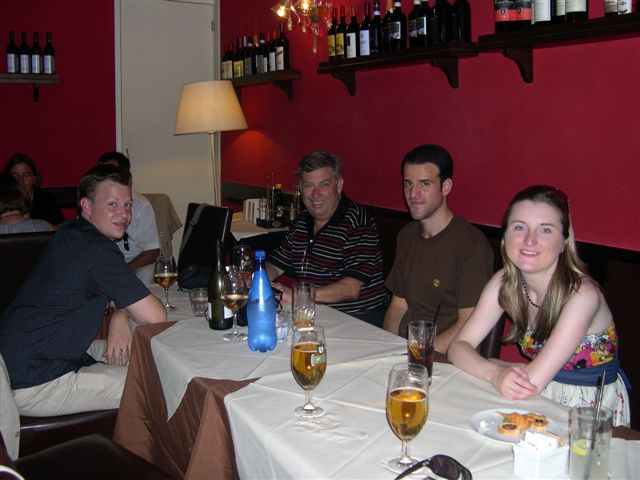 Here are some more...enjoy them 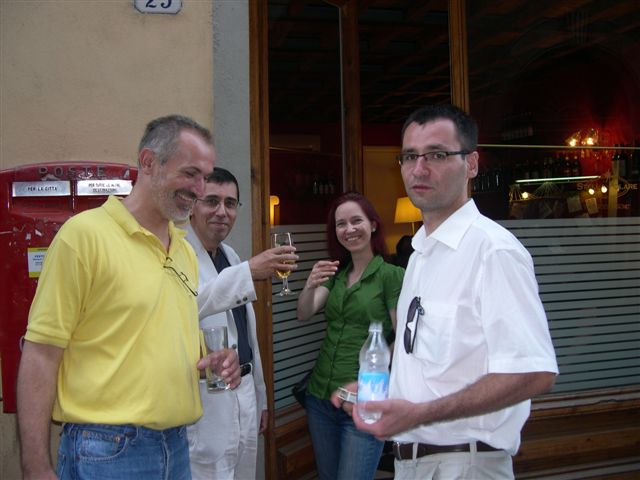 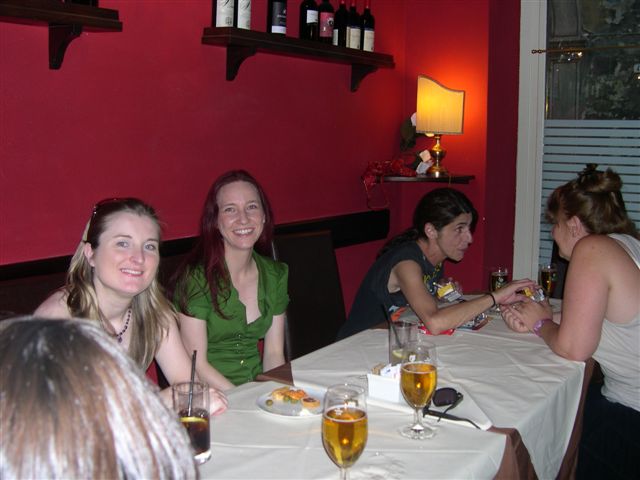 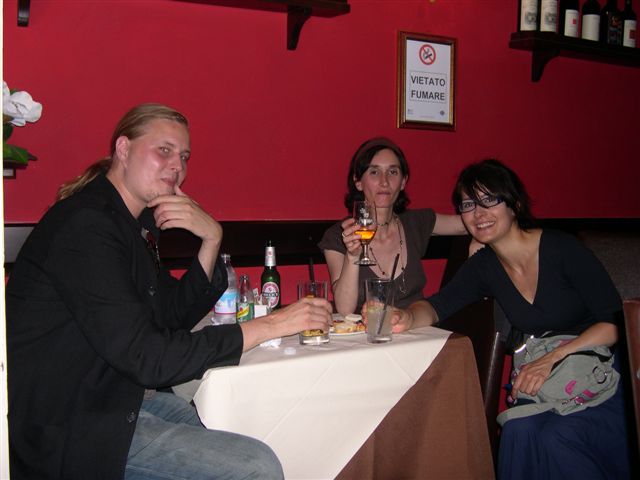 A message to our webmaster: if those are too many photos , take them off , I do not know how to share them otherwise 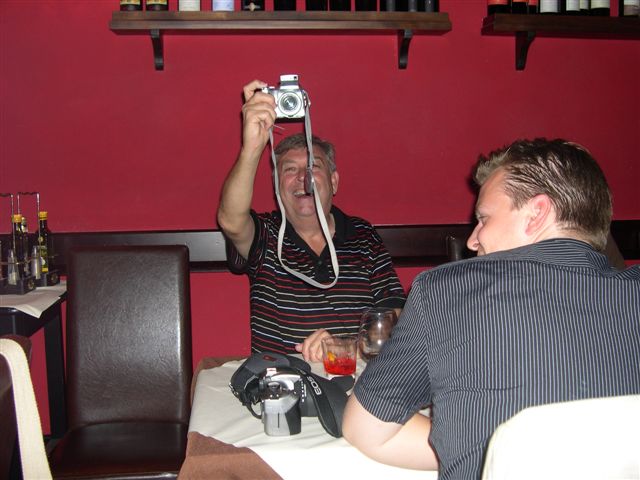 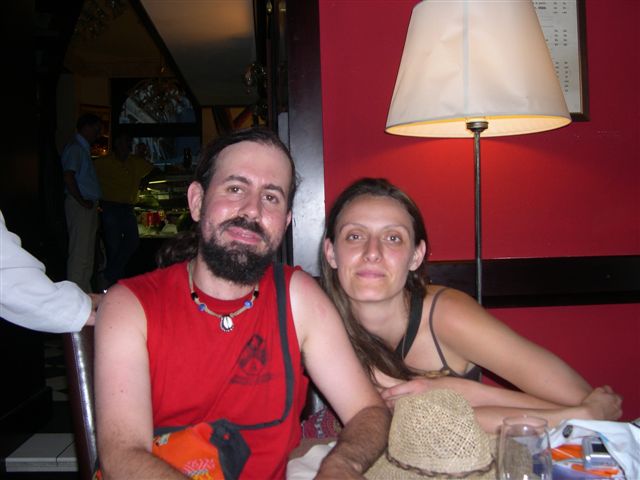 The only thing that comes to my mind after such a wonderful night is thank you to Leonard Cohen and all the band for changing my life again.
I would like to thank especially Javier Mas, as he took a present (a book) I had for Leonard and told me he would give it to him. He was very kind, and he is an amazing musician. I don't know if he will ever read this, but I don't know any other way to reach him.
Finally, thanks too to the people who organized the meeting, and sorry for not having said goodbye (my sister got lost in Lucca and I had to run to look for her). I hope we can meet again.
Top

Re: Photos from the Lucca 2008 Concert

Crew Notes: Lucca after show travel to Rome, 345km's 6 hours.Buses will drop us off at venue in Rome and then leave.They will pick us up at the airport in London when we fly Athens to London."
Lucca - it seems so long ago.

Jelena Topcic's photos from Lucca are now published at http://www.leonardcohenfiles.com/tour2008-17.html

Back in Kyoto, finally, after the magical weekend in Lucca – seem so long ago… - and a homeland visit to Israel. How nice to see here all the reports and photos from that unforgettable evening. Later I will try to add a few photos of my own. It was so good meeting people from all over Europe. I wish I was nearer and could meet you all more often. And there was also John, who traveled even a longer distance than me, coming from Australia – good for you. Still jet-legged and sleepy, so I’ll keep it short.

Love to you all,

Hi Lucca meetups,
I still have the list with email addresses of the meetup guys from Bar Stella Polare , but did not have time to write a list and send it to all the ones who were present. So if someone of you wants some particular email address urgently, let me know . I hope to be able to make it soon.
Greetings
Andrea (from Verona)
1976 june Zürich (both evenings)
2008 july london - july loerrach - july lucca - october berlin - october milan - november london
2009 july koeln - august venice - september barcelona
2010: july salzburg - september florence- - december las vegas
2012: august ghent - september berlin - verona
2013: august pula - august Zürich
Top

(yep, his voice so much better than on new clips from the Fall tour...)
Leonard Cohen Newswire / bookoflonging.com (retired) / leonardcohencroatia.com (retired)
Top

Leonard Cohen Lucca 2008 (Dance Me To The End Of Love and The Future)
https://www.youtube.com/watch?v=Fu7iPc_YKns
Top
Post Reply
44 posts