Am hyperventilating! Leonard is finally in my home city and I'll be seeing him in concert tonight. This has been a long wait since I wrote my Grade 11 English paper on *Beautiful Losers* in 1974! I dropped my daughter off for her school play rehearsal at the Dalhousie Arts Centre, where Leonard is playing his first of five performances tonight. Strange to think that she will be performing in the basement while he plays the main Rebecca Cohn Auditorium.

The streets surrounding the venue are jammed with at least 6 large tractor trailers, which I can only presume are full of band gear. I did take a photo of the marquee (rather shabby compared to that belonging to the Fredericton venue), but am told, at 454KB, that it's too large to upload. So I found a generic photo in Wikipedia, which doesn't show the marquee. Suffice it to say Leonard is following in the venerable footsteps of Stompin' Tom Connors, Rita MacNeil and Symphony Nova Scotia.

There's a good article in today's Chronicle Herald (http://www.thechronicleherald.ca/ArtsLife/1055381.html) announcing Leonard's five day stint. But nothing beats the photo of him in that funky hat from the Fredericton Gleaner. Glad you guys had such a great time. Didn't read too much of your reviews as I didn't want to spoil my experience, but it sounds like Leonard and his band put on a great show.

Will be picking up my daughter at 3 pm from her rehearsal. I asked her to keep an eye out for him during his rehearsal. Will keep you posted re tonight's concert. Am now regretting I sold my tickets to Montreal. Would've like to have seen him twice! But am glad others will be enjoying him. I feel great affinity with you all. My partner doesn't understand why I'm crying all day and can't function! 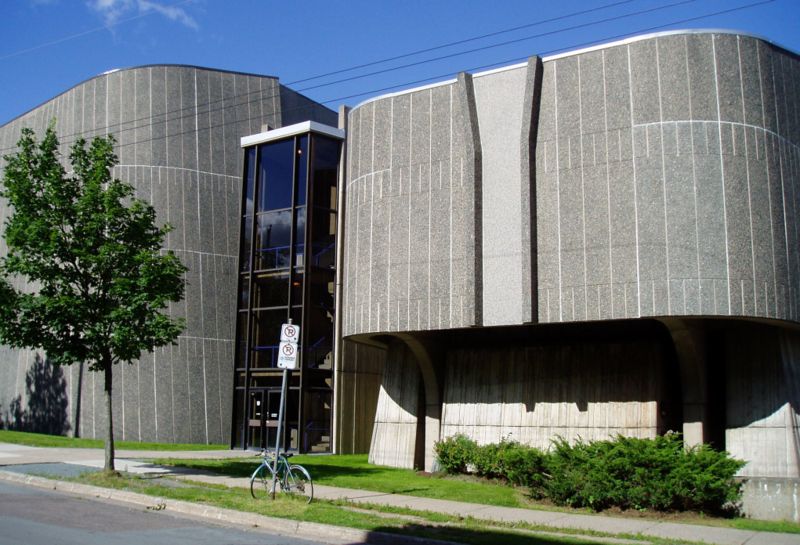 Leonard played the same sets in his first Halifax show as he did in Fredericton, though played an additional and somewhat tongue-in-cheek encore in "I Tried to Leave You". Such generosity of spirit!

Heart With No Companion
So Long, Marianne
First We Take Manhattan

Final Encore
I Tried to Leave You
Top

Steve Wilcox wrote such an articulate review of the Fredericton concert, and I pretty much concur with respect to the Halifax show, but can offer a woman's perspective. Leonard has totally still GOT IT at 74!! He does a very sexy bend at the knees and, though he exercises a real economy of movement typical of people his age, he grooves and rocks and sways and boogies like the best of them. His voice is as strong and confident as ever. I remember being quite shocked by the change in both Johnny Cash and Dylan's voices when I hadn't heard them for years, but Leonard is still very powerful and still does that sexy, longing wail (particularly in So Long, Marianne and Hallelujah) that makes me swoon.

He is so humble and gracious and was obviously having a terrific time. Very happy on stage, very delighted by his terrific band and their musical expertise. As Steve said, nothing was left to chance.

The Halifax audience was very appreciative. After the band sang three songs in the first encore and one in their second, I thought, "give the man some peace", but he returned for a final encore and had a very cheeky grin as he began "I Tried to Leave You".

I feel absolutely complete after this concert. I can let go now....
Top

Bravo! I just got home from Leonard's opening in Halifax at the Cohn! Leonard was fantastic! Thank you Leonard and your band. Your concert was a gift I feel privileged to have received.
Top

Thanks for the photo of the venue. How many seats does it have? We'd like have this info for all shows (picture of the venue + number of seats + info if it's open air) for the Files. - Tom
Leonard Cohen Newswire / bookoflonging.com (retired) / leonardcohencroatia.com (retired)
Top

The Rebecca Cohn auditorium seats 1040; there are really no poor seats, and the acoustics are wonderful. It has a very intimate setting.

I was impressed by the civility and enthusiasm of the Halifax opening night audience. Audience members were as diverse as the songs to which they were listening, and Leonard Cohen responded by presenting the concert of a lifetime (for me). The mood in the concert hall was extraordinary, and though I've been to many concerts in Halifax (and elsewhere) I've never seen an audience respond with such intelligence, passion, and respect.

As for the music itself, I'm still processing the experience, but it was exhilarating. Leonard Cohen has neither burnt out nor faded away. Considering his oeuvre it would be impossible to create a poor set list, but the selection was wide-ranging and popular. And after the third encore ("I Tried To Leave You") the audience seemed to feel that, despite a unanimous desire for more, it would be impolite to insist on yet another encore. Leonard Cohen and his band had been generous and professional, and they deserved a gracious ending.

I wish a similar experience for all of you who are fortunate enough to possess tickets to any of the remaining concerts on this tour.

"Here's to the few who forgive what we do, and the fewer who don't even care."

Here is the first review from the local media concerning the 12 May 2008 Leonard Cohen concert in Halifax, Nova Scotia:


Leonard Cohen may ache in the places where he used to play, but judging by his Monday night show at Halifax’s Rebecca Cohn Auditorium, he’s far from played out.

The 73-year-old Canadian songwriting icon proved he’s still earning his keep in the Tower of Song with a nearly two-and-a-half hour show that had the sold-out crowd leaping to its feet at regular intervals, at which point the Rock and Roll Hall of Fame inductee — and strong candidate for Coolest Man Alive — waved them back down.

"We haven’t been on the road for a while, but this is a wonderful way to begin," said a bemused Cohen after the first ovation. "I hope you won’t be disappointed."

Cohen and his band set the tone with Dance Me to the End of Love, summoning up a Euro-folk-jazz vibe augmented by Javier Mas’s gypsy guitar and Dino Soldo’s mellow electronic horn. The Montreal singer’s famous baritone came across soft and seductive, sounding even better than expected and nicely balanced by both the musicians and backup singers Sharon Robinson and the Webb sisters.

Besides sounding good, they also looked sharp, in dark suits and fedoras, including the man in charge. "About the hats … we’re all very orthodox musicians," he explained with a grin.

Frequently introducing songs in French, it only took the words "comme un oiseau…" for people to know that the timeless Bird on the Wire was coming up, performed as a blues waltz with Cohen’s longtime guitarist Bob Metzger providing some delicate fretwork to accompany some of the most beautiful imagery in popular song. Later it would be Mas’s turn to take the lead, with a haunting Middle Eastern oud intro to Who By Fire, with Neil Larsen’s Hammond organ lending an eerie air to its nursery rhyme litany of death.

After the intermission, Cohen gave us Tower of Song, with the slightly self-mocking description of "being born with the gift of a golden voice" before finally strapping on a guitar for a gorgeous Suzanne, with an almost subliminal blend of voices, synth strings and Soldo’s bass clarinet. It’s the song that made Cohen famous, and it’s still a one-of-a-kind love song.

Another mid-set standing ovation greeted a soul-stirring Hallelujah, which built to an inspired crescendo of praise and forgiveness, and by the end, and the Viennese sophistication of Take This Waltz, no one wanted the night to end. A four-song encore including So Long Marianne and, of course, Closing Time, wasn’t quite enough; but after a final second encore of the 1974 song I Tried to Leave You, Cohen’s fans floated out of the Cohn on a cloud of ecstacy that could probably take them all the way to China.

thank you - that was a nice review, appears to be written by someone who knows what they are talking about

Sounds great but I know I would like to hear Famous Blue Raincoat,Waiting for the Miracle and would much rather listen to A Thousand Kisses Deep than Boogie Street.I'm not a huge fan of Ain't no Cure for love or Everybody Knows either but that's the strokes,I guess.Perhaps Leonard and the band will mix it up as the tour moves along.
Top

It's great to see "I Tried" and "Anthem" in the set. I can't wait to hear some good quality audio.
Top

I can't imagine a crowd letting him go. I am sure the confident that the response he recieved here in Fredericton will be at every show. Did he speak some of the words in French before he satrted to sing? He did that here I am curious to learn if it was an NB thing.
Did he have the same set with the shears in the background? I told me story in the Fredericton gets ready thread. When he sang Hallelugah the effect was thet they were bkack and white, it was beautiful because the clothes they were all wearing is black white grey so the only colour was hte instruments. The gold saxaphone is burned in my memory.
"Door hinge rhymes with orange" Leonard Cohen
Top

Having once lived in Halifax and attended many shows at the Cohn, I could feel myself there with you.
I am so happy that Leonard is so well, and the show so well put together. I heard Gordon Lightfoot talking about
how his tour rejuvenates him and I wish the same four our man. From the reviews of Fredericton and Halifax,
it sounds as if he is more loved and beloved than he has ever been. Even just knowing that, makes me smile.
I look forward even more to seeing him in Portugal--I love the huge smile on his face in that article you posted.
Top

Cohen’s fans floated out of the Cohn on a cloud of ecstacy that could probably take them all the way to China.

The possibility of interpretation for that descriptive passage is rather amusing these days!
Top
Post Reply
107 posts