The Boss is back with his first new studio album in five years. Western Stars is due out June 14 on Columbia Records and, according to a press release announcing the record, will be largely influenced by the Southern California pop sounds of the late '60s and early '70s.

"This record is a return to my solo recordings," Springsteen says in a statement, "featuring character-driven songs and sweeping, cinematic orchestral arrangements. It's a jewel box of a record." 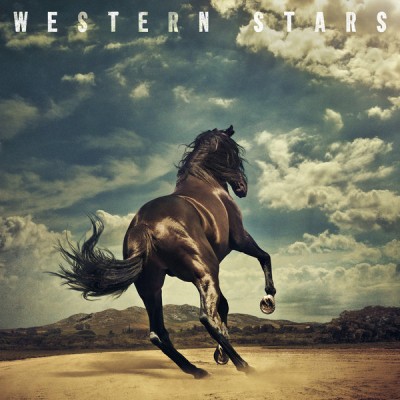 Western Stars is due out June 14 on Columbia Records
Kalle Gustafsson / trunkarchive.

The announcement of Western Stars comes just ahead of its first single, "Hello Sunshine," which is set to hit streaming services just after midnight ET Thursday night (12 a.m. Friday).

Western Stars follows last year's Springsteen on Broadway, the soundtrack to his yearlong concert residency at the Walter Kerr Theater in New York.

Listen to the No 12 song - Hello Sunshine https://www.youtube.com/watch?v=icJjlg5e6l8
I first heard it on ABC radio this morning and this post is the result of that

by musicmania
I cannot wait for the album release. I love Hello Sunshine. I listened Friday morning at a friend's house in Scotland, and then on bus from Dublin Airport Friday night, and I allowed Spotify pick the songs that followed. It chose lots of Brucie, Dire Straits, Van Morrison, Bob Dylan and The Pretenders! That was much more pleasing to my ears than squeaking windscreen wipers. Ireland was getting battered by Storm Hannah for that journey!
Now roll on June 14 for this album, and 15/16 for Bon Jovi live in Dublin

by B4real
Gwen, I was thinking of you and Diane when I posted that

I expect this is going to be a good album! Back to the old days and sounds, ha!
Bruce has a certain way of telling a story and this album seems to promise some interesting ones.
I also love that the violin is featured too.
I reckon I'll give myself a slightly belated birthday present

I hope Hannah didn't do you any damage.

by Kush
Nice B4. Looking forward to it. Hello Sunshine sounds like something out of Devils and Dust.

by B4real
Ah Kush,
How remise of me not to mention you also in my last post - I know you like "the boss"!
There are a couple of others who we don't see around here too much these days that I think would also like this new album - Scott and Steven

I listened to those "notable" covers and I have to say that of course I prefer Bruce!

EDIT: I've been playing "Hello Sunshine" again and the more times I do that, the more I feel the lyrics.
It's a really good song all round. Also, to me there are shades of "Everybody's Talking" from the film Midnight Cowboy.

You know, the video and song remind me of a ute I once had and the state I live in is also called The Sunshine State so "Hello from the Sunshine" state and its stated number plate 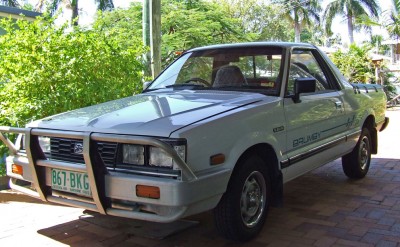 ....and yeah, it's clean because I had just washed it!

And now that photo has reminded me - eight years ago I wrote a poem about my beloved ute and here's a retrospective link for anyone interested - https://www.leonardcohenforum.com/viewt ... 95#p292431

by B4real
I’ve listened to this album for the first time today. “Hello Sunshine” I liked previously but “Moonlight Motel” for some undefinable reason is my favourite so far. I think it’s the time reflective quality about it. I love the line, “She was boarded up and gone like an unsung (or old summer) song”. A perfect choice for the last song on the album too - https://www.youtube.com/watch?v=0TZMvMppRu8

I had to agree with this line from “Western Stars”, “I woke up this morning, just glad my boots are on”

EDIT: edited first heard lyrics - but either version works for me!

by musicmania
I got the CD today, but this weekend I'm preoccupied by 2 Bon Jovi concerts

So I probably won't get to listen until next week. I'd rather wait until I can properly savour it

by Kush
Coming soon to a theater near you...

Blinded By the Light
https://www.youtube.com/watch?v=cwJw1h1K0G8

and so is/has this too ...
https://www.youtube.com/watch?v=nGqjav-KbDU


Warner Bros. Pictures will release a cinematic film version of Bruce Springsteen’s latest album, Western Stars, worldwide, on the big screen. Longtime collaborator Thom Zimny directs together with Springsteen in his directorial debut. The announcement was made today by Toby Emmerich, Chairman Warner Bros. Pictures Group. “Western Stars,” which will make its world premiere at the 2019 Toronto International Film Festival, is slated for release this fall. However, fans can get an exclusive first look ahead of New Line Cinema’s “Blinded by the Light,” opening in theatres nationwide today.
Springsteen’s first studio album in five years, Western Stars marks a departure for the legendary singer/songwriter while still drawing on his roots. Touching on themes of love and loss, loneliness and family and the inexorable passage of time, the documentary film evokes the American West—both the mythic and the hardscrabble—weaving archival footage and Springsteen’s personal narration with song to tell the story of Western Stars.
“Western Stars” offers fans the world over their only opportunity to see Springsteen perform all 13 songs on the album, backed up by a band and a full orchestra, under the cathedral ceiling of his historic nearly 100-year-old barn.
Emmerich stated, “Bruce lives in the super rarified air of artists who have blazed new and important trails deep into their careers. With ‘Western Stars,’ Bruce is pivoting yet again, taking us with him on an emotional and introspective cinematic journey, looking back and looking ahead. As one of his many fans for over 40 years, I couldn’t be happier to be a rider on this train with Bruce and Thom.”
Western Stars, Springsteen’s 19th studio album, has achieved global success. It has been #1 on the iTunes charts on every continent, including such countries as the U.S., the UK, Belgium, Germany, Spain, Italy, the Netherlands, Australia, India, South Africa, and all of Scandinavia, among other countries. It has also received rave reviews, with critics using words like “hauntingly brilliant,” “beguiling,” “gorgeous” and a “masterpiece.”
Springsteen and Zimny, who together helmed “Western Stars,” have collaborated on several projects over the years, including the documentary “The Promise: The Making of Darkness on the Edge of Town,” and the Netflix filmed version of the Tony Award-winning “Springsteen on Broadway,” which Zimny directed.
“Western Stars” is written and performed by Bruce Springsteen, with Special Guest Patti Scialfa. Thom Zimny, Jon Landau, Barbara Carr and George Travis produced the film, with Springsteen serving as executive producer. The original score is by Springsteen.

by its4inthemorning
B4, very clever poem about your Ute!

btw - First play of this album those two songs I've previously mentioned appealed to me most. Since then I've played it quite a few times and it seems to be one of those albums that needs to be heard in totality because it takes you on a specific journey with its songs and melodies. Even so, those two songs are still my favourites on the album.

by Kush
Nice preview B4, thanks. I actually missed Blinded by the Light but hope to catch it on Amazon Prime at some point.

Here is Dry Lightning with some terrific imagery...