This was posted by Anoushka Shankar on her facebook page....

edit: singer's name is corrected on the last clip
Top

The trees are dark ruins of temples,
seeking excuses to tremble
since who knows when–
their roofs are cracked,
their doors lost to ancient winds.
And the sky is a priest,
saffron marks on his forehead,
ashes smeared on his body.
He sits by the temples, worn to a shadow, not looking up.

Some terrible magician, hidden behind curtains,
has hypnotized Time
so this evening is a net
in which the twilight is caught.
Now darkness will never come–
and there will never be morning.

The sky waits for this spell to be broken,
for history to tear itself from this net,
for silence to break its chains
so that a symphony of conch shells
may wake up to the statues
and a beautiful, dark goddess,
her anklets echoing, may unveil herself.
Top

Sufi singer Abida Parveen recently released a single of a poem by Faiz. Posting it here along with several other Faiz poems on this thread.


My salutations to thy sacred streets, O beloved nation!
Where a custom ‘that none shall walk with his head held high’ has been invented
And if a devotee yearns to go on pilgrimage
Then He must walk, with eyes lowered & body crouched in fear

In this tyranny that has many an excuse to perpetuate itself
Those crazy few that have nothing but thy name on their lips
Facing those power crazed that both prosecute and judge, wonder
To whom does one turn for protection, from whom does one expect justice?

When hope begins to faint, my heart has often conjured
Your forehead sprinkled with stars
And when my chains have glittered
I have imagined that dawn must have burst upon thy face

Thus always has the world grappled with tyranny
Neither their rituals nor our rebellion is new
Thus have we always grown flowers in fire
Neither their defeat, nor our final victory, is new!

We are separated today, but one day shall be re- united
This separation that will not last beyond tonight, bears lightly on us
Today the power of our exalted rivals may touch the zenith
But these four days of omniscience (power) too shall pass

Those that love thee keep, beside them
The cure of the pains of a million heart- breaks
Top

Faiz - The Color of My Heart


The Color of my Heart (recited by Zia Mohyeddin)
https://www.youtube.com/watch?v=q5WZSY5REs4

When you weren't here,
all things were as they are:
the sky stretched as far as the eye can see
the road stayed a road,
a glass of wine, a glass of wine.

And now, the glass of wine and the road
are imbued with the colour of dusk-
the colour that is, of my heart, singed
with blood that pumps through it,
sometimes, turning purple,
straining with the relief of reunion,
or sometimes pale gray, the moment
of weariness, of self-loathing.
Leaves dried, yellowed,
prickly, like thistles, like hay.
Red blossoms igniting
the garden into inferno.
Venom, stained of the blood it shed.
The dead hue of night.
The sky, wet like a tear-stained vest,
the road, pulled like a throbbing vein,
the glass, disloyal, like a mirror
that changes reflections by the moment.

Now that you are here, stay.
Stay, so colours, seasons, so everything
comes to rest in one place. And once again,
let all things be as they are:
the sky stretched as far as the eye can see,
the road stay a road,
a glass of wine, a glass of wine.

The door of my sorrowing house opens against its will;
here come my visitors.
Here comes evening, to spread out before her
the carpet of nostalgia on all my streets.
Here comes midnight, telling the story
of her broken heart to the moon and stars
Here come morning with her gleaming scalpel
to play with the wounds of memory
Here comes noon,
whiplets of flame hidden in her sleeve

Here come all my visitors, round the clock
they beat their way to my door.
But the heart and eye are not aware
of who comes, and when, or who leaves.
They are far away on that journey of the mind.
Galloping home,
hands holding tight to the ocean's mane
shoulders crushed under their burden
of fears and forbidden questions.

Dr. Mamta Joshi opens up a book of poems ...written by an Indian poet from the 13th century (Amir Khusrau).

Faiz' most revolutionary poem that became a source of both controversy and inspiration in different parts of the world...

Hum Dekhenge (We Shall See) - translation in video
https://www.youtube.com/watch?v=tene9N8fw48

Hum Dekhenge - live version at a campus in India
https://www.youtube.com/watch?v=lK3RdNDTFHU


Tina Sani sings a poem of Faiz...in her brief commentary she interprets in a different or "higher" sense than the most obvious one.

you were once estranged from my mind
your hand was once not in mine
a thousand thanks, for now no more
must nights of separation be endured.

should the state of things turn unbearable
we'll place our hearts and lives on the line
but dearly beloved, is this how things are
down on the streets where lovers meet?

it’s your gait as you stride to the gallows
that'll be recalled with enduring grace
life, such as it is, comes and goes
of that there’s little more to be said

no royal court, this field of love
name or descent holds no weight here
a lover is a lover, and needs no name
nor does a high station define love

if this is to be the game of love
then play on, what use is fear
for if you win, very well then
if you don’t, it isn't over.


Mujhse Pehli si Muhabbat (Love, do not ask me for that love again) - sung by Orunima Bhattacharya

Love, do not ask me for that love again,
Once I thought life, because you lived, a prize
The time’s pain nothing, you alone were pain
Your beauty kept the earth’s springtime’s from decay
My universe held only your bright eyes
It was not true, all this, but only wishing
Our world knows other torments than of love
And other happiness than a fond embrace

Dark curse of countless ages, savagery
Inwoven with silk and satin and gold lace
Men’s bodies sold in streets and marketplace
Bodies that caked grime fouls and thick blood smears
Flesh issuing from the cauldrons of disease
With festered sores dripping corruption
These sights haunt me too, and will not be shut out
Not to be shut out, though your looks ravish still

This world knows other torments than of love
And other happiness than a fond embrace
Love, do not ask for my old love again

recited by the late great Tom Alter (Bollywood and stage actor) with a brief introduction.

After losing both this world
and the next for your love,
how the lover stirs, look!
roused from his night of sorrow.

The tavern is devoid of revelers,
barrel and goblet are distressed.
You had to leave, and with you
departed the spring, depressed.

We finally found the time to sin,
but momentarily. We have seen
God’s omniscient grace
play out his mysterious ways.

This world has estranged us
from your very thoughts,
now the travails of our livelihoods
hold more allure than you.

If only she would casually smile
our way, Faiz! Do not ask how
our hearts would well up
in these futile, worthless breasts!

*actually not sure who translated these, I do know Tom Alter has done a lot of translation mostly from Urdu to English 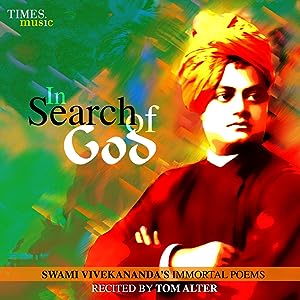 Hey, Kush, those Tom Alter recitations you posted are great. And what a poetry mash-up with Uday Chandra! Marvellous stuff. I just located the album you referenced on Spotify.

Coincidentally on the Indian vibe, my friend in Kerala introduced me to Manish Vyas just a couple of days ago, via his Mangalam album:

Check out the fantastic percussion in this track:

An intro to his most recent album, Mantra: