Some of our UK members who went to Barmouth for a walking weekend back in 2009 are meeting up again later this year for an informal get together for some walking and socialising.

There are lots of B and B's and guest houses in the town, a theatre, opera house, cafes and places to visit as well as lovely walking country in the Derbyshire area.

We are planning to arrive either Thursday 31st August or Friday 1st September and check out on Sunday.
Top

Please add your name if any other forum members would like to join us.
Top

Some links below to accommodation and things to do in Buxton

We understand there is also a comedy festival in Buxton that weekend.

Hi everybody....and thanks to margaret for setting up the thread...the group email thingy wasn't working for me... don't know if was the BT mail programme or the android OS...anyways all good now...I have just booked 2 nights (friday and saturday) at the westminster hotel overlooking the pavilion gardens....

Please pitch in any ideas or suggestions...
and as we have mr philip liptrot our resident comedian in our company we will have no reason to be bothering with the official weekend comedy festival...ta ken
Solitudine non é essere soli, é amare gli altri inutilmente - Mario Stefani
Top

Thanks Ken.
A few of us have booked the Roseleigh guesthouse for 3 nights, arriving Thursday afternoon. It's a door or 2 along from the Westminter

Hi to all Buxtoneers
Jean and I have just made your weekend a little more special . We have booked three nights at the Roseleigh (thurs/sun) . Lol !
Ps the weather forecast is for torrential rain so may I suggest we shelter in the nearest pub !
manchester, london,manchester , a mountain in Wales ,hills in Haiger
Be content with a mistake or two. Perfection holds no compromise. It's a prison for perfect people .Where the flag of insanity flies
Top

egg debacle?...never heard of that paula..must be one of those poncey london dishes..but i do know that eggs benedict and eggs florentine are usually on the menu in hotels around buxton....ta ken
Solitudine non é essere soli, é amare gli altri inutilmente - Mario Stefani
Top

Anne & I sincerely wish we could join you. The Barmouth trip was one of the best of our lives, but the distance is too great. Hopefully we will see many of you in Hungary in September-plus there was this issue with Phil & Jean getting thrown out of our B & B!

Now,now Joe I know there is a lot of "fake news" around at the moment but I need to put the record straight . No doubt you have read Kens version of events on that fateful day in Barmouth when you refer to Jean and I being "thrown out " . I can assure you that was not the case after a "friendly" chat with the proprietors on the merits of running a successful B&B we left of our own volition !
manchester, london,manchester , a mountain in Wales ,hills in Haiger
Be content with a mistake or two. Perfection holds no compromise. It's a prison for perfect people .Where the flag of insanity flies
Top

sorry you can't make it to buxton joe...and don't worry about the misunderstanding about the exact circumstances of breakfastgate..it's a language thing.. 'leaving by one's own volition' is yorkshire speak for getting kicked out by the seat of your pants.....it's the same when a yorkshireman asks what are you drinking translated from yorkshire speak what he is really saying is 'i will have a pint of beer'... lovable rogues that they are...

and paula seeing as you are coming up north i can strongly recommend eggs yorkshire for breakfast..fried eggs nestled in a large yorkshire pudding... 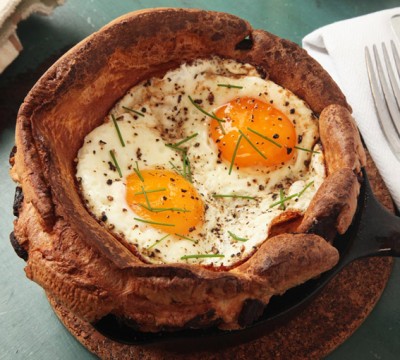 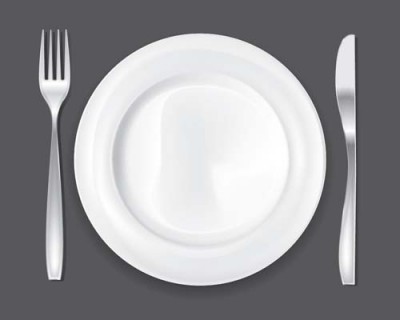 As you know, I have given up writing nonsense on this forum, so naturally didn't expect to join this thread. But, reading Hamlet this afternoon, I am aghast at the realisation that the B&B Phil and Jean got thrown out of was quite literally part of a Shakespearean tragedy. I mean, Liptrot, Prince of Yorkshire, is famous for two unfortunate issues isn't he - eggs, and being a tight-fisted b*stard with money. Thus, I am able to warn you that he is coming to Buxton solely to interfere with our breakfasts, and get back the money he feels we owe him for that time he had to pay for a taxi on the German walking weekend.

Realise that Ophelia is cast in the role of the B&B landlady/Owner, and Claudius, the landlady's husband. To assist the less able, I have copied the Spark Notes translation into modern English of word-for-word what I heard that day the Liptrots were sent packing. By all means check the original in the link at the foot of this message.

Act 3, Scene 1. (To set the scene, Prince Liptrot has been talking to himself about whether there's any point to life, and has just advised his lady host, Mrs B&B Owner, that he wants an egg in addition to the toast he had already ordered, and that she is so ugly that she ought to join a convent.)

Mrs B&B Owner:
Oh, how noble his mind used to be, and how lost he is now! He used to have a gentleman’s grace, a scholar’s wit, and a soldier’s strength. He used to be the jewel of our country, the obvious heir to the throne, the one everyone admired and imitated. And now he has fallen so low! And of all the miserable women who once enjoyed hearing his sweet, seductive words, I am the most miserable. A mind that used to sing so sweetly is now completely out of tune, making harsh sounds instead of fine notes. The unparalleled appearance and nobility he had in the full bloom of his youth has been ruined by madness. O, how miserable I am to see Liptrot now and know what he was before!

Mr B&B Owner:
Love? His feelings don’t move in that direction. And his words, although they were a little disorganized, weren’t crazy. No, his sadness is hatching something, like a hen does sitting on an egg. What hatches very well may be dangerous. So to prevent any harm being done, I’ve made a quick executive decision: he’ll be sent to England to try to get back the money they owe us. With any luck, the sea and new countries will push out these thoughts that have somehow taken root in his mind. What do you think of this plan?

I certainly envy your walking ways. Actually, all the gatherings. Wish I could attend but I do not foresee ever having enough money to travel. (I don't even play the lottery. That's how 'lucky' I feel.

So glad to have met a few of you many moons ago. Have a fun time!

Surprise to see you here, Dar! It was Berlin we met, I think. Thanks for calling by:-) Be well.

(There is the official walking weekend in Hungary this year - see another thread in this section.)
Top
Post Reply
40 posts