Ken - did you shovel some snow this morning ?

Dave - I hope the match is not in danger and Anfield is green as it ought to be.

Looks like there's winter around. Let's have a drink in the pole bar.

Hi Henning,
It's been snowing but the bars are still warm......pole dancer bar or north pole bar?
and Torres is enjoying himself.
The tickets are sorted and no news about any football cancellations. 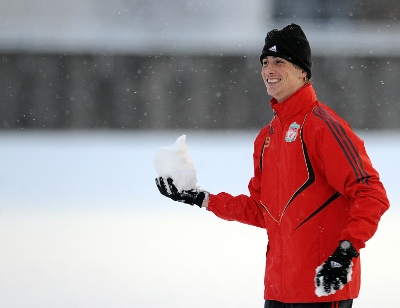 Have a great weekend everyone. Wish I could be there ... for the songs not for the football

Dave and Ken, have you included the Jacaranda in the tour ? There used to be a steel band (1960ish) and I think the Beatles even played there before their rise to fame.
Top

Judy wrote:Have a great weekend everyone. Wish I could be there ... for the songs not for the football

Dave and Ken, have you included the Jacaranda in the tour ? There used to be a steel band (1960ish) and I think the Beatles even played there before their rise to fame.

Judy
Dave and Ken cannot remember the 60's they are far too young for that
manchester, london,manchester , a mountain in Wales ,hills in Haiger
Be content with a mistake or two. Perfection holds no compromise. It's a prison for perfect people .Where the flag of insanity flies
Top

Have a brilliant weekend everyone next week. Don't miss me too much

Just back from Italy and had a great time.
Just to let you know it is Paulas birthday on the friday so I hope she gets drunk without spending a penny but please keep her off the Pole, when she is drunk ok?

I am looking forward to all the reports and photographs

http://www.bbc.co.uk/
"Bipolar is a roller-coaster ride without a seat belt. One day you're flying with the fireworks; for the next month you're being scraped off the trolley" I said that.
Top

Brrr. But I have paid for the hotel and the train, so even though I am not from Yorkshire I will do my best to be there.
Top

I am still coming up Richard Branson permitting. I don't mind the snow but the pavements are like skating rinks so it is all down to the trains running really. If the football is still on it looks like Liverpool will be full of Londoners Spurs and Arsenal lovely

the group mailing thingy whatsit ain't workin' for me at the moment so a quick resume.....

Friday is looking like this.....
Joe Costello is arriving from Ireland sometime during the morning
Dave is working until sometime into the late afternoon
No doubt I shall be meeting both of them sometime during the day
Judith is arriving by train in the early evening
Paula is around all weekend but her first priority is visiting her daughter so we shall see her when we see her
I'm off to pick up Henning, Elke and Kerstin from Manchester airport at about 7pm
So hopefully we shall all meet up sometime around the 9/9:30pm on Friday evening for a chat and a drink.

Saturday is going to be our sightseeing day.
The plan is/was to go start the day by going down to the river for the 50 minute trip on the famous ferry...then a look around the Albert dock and museums etc. etc......then head up thru the city to the cathedrals....taking in whatever else takes our fancy with no doubt a visit to the Cavern in the late afternoon....then we shall all be having a meal together in the evening.
The first ferry trip of the day on Saturday is at 10am and then at hourly intervals....we will be joined by Margaret, Deirdre and Diane (if she has recovered from her cold) on Saturday morning...they will be travelling from Chester so our first activity of the day, the ferry trip will be dictated by whatever time they can arrive in Liverpool by....probably the 11am ferry is looking like the best bet.......then sometime on Saturday we all decide what everybody wants to do on Sunday.....
Dave and Henning are off to the football match on Sunday so the rest of us will get on with whatever we have decided to do for the day...... more sightseeing/visit to Chester/shopping........maybe sometime over the weekend we could make one of Henning's dreams come true.....let's be honest his meeting Dylan is never going to happen.....and let him sing on the Cavern stage one afternoon........(see below)
................needless to say the pavements are still like ice rinks at the moment...safe journeys.......ta ken

Just outside Chester it was -10C last night. I think it's time I closed our windows at night and lit our fire. The Central Heating system needn't be used unless it gets really cold.
Liverpool people are very generous and helpful when times are tough. Many of them have fallen on the ice and luckily those who can crawl a bit, get together so the rest of the pedestrians can walk across them, thus avoiding the icy paths.
I believe that the person who introduced the Penguins to all parts of Liverpool knew something about the forthcoming weather.

"Bipolar is a roller-coaster ride without a seat belt. One day you're flying with the fireworks; for the next month you're being scraped off the trolley" I said that.
Top

because of the snow i left the house for only the second time since Christmas this afternoon.....pavements have improved in the main areas of the city centre but the side roads are still treacherous......saw plenty of people falling over....as nobody seems to believe a word i say these days here are a couple of photos i took of the Eleanor Rigby Hotel this afternonn....i admit that i got the name of lap and pole dance club wrong...it's Moll Teazers not Molly's....for anybody who is familiar with confectionary that is a very bad joke indeed...... i went into the hotel and introduced myself to the owner Phil...see his business card below.....as the place is covered in beatles photos i told him i had just been to see the John Lennon film nowhere boy (brilliant film btw i'm not a beatles fan myself but i found myself in tears at the end)...which led into a conversation about music....once he found out i was a Dylan disciple i suddenly became his best new friend.....funny how all proper musicians all seem to appreciate Mr Dylan.....Phil told me that he plays in a band which has Pete Best, the beatles first and best drummer, as their drummer...i jokingly told me that we have a frustrated German musician in our party...to which he replied that they get a lot of frustrated German musicians staying in the hotel....they don't provide breakfast but they have a 20% off deal with a little italian place just around the corner in the world famous mathew street....he gave me his card telling me that anybody who rang his mobile number direct and mentioned my name and the forum that he would 'do a deal for them' if ever they stayed at the hotel.............safe journeys everybody.....ta ken 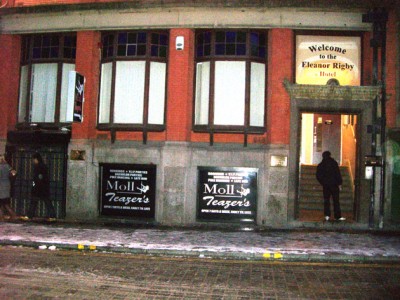 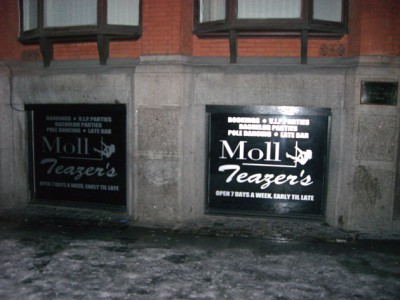 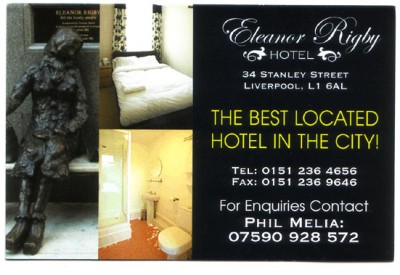 Have a wonderful time in Liverpool everybody.

This is how looks over here at the moment.
http://www.youtube.com/watch?v=RCNG40sa ... re=channel

Wybe, a wonderful film and I couldn't agree more with what they each said.

)
"Bipolar is a roller-coaster ride without a seat belt. One day you're flying with the fireworks; for the next month you're being scraped off the trolley" I said that.
Top

Byron wrote:Wybe, a wonderful film and I couldn't agree more with what they each said.

Byron, I think most people can’t understand what they say, it’s mostly spoken in the Frisian language.
But the pictures speak for them self.

Phil told me that he plays in a band which has Pete Best, the beatles first and best drummer, as their drumm

I used to have a pub where a group called ' WATT 4' regularly played.
The drummer was Roag Best (Pete's brother), Pete occasionally played and Mona their mother (who once ran the Casbah Club where the original Beatles played) was their manager.
She was a character but I loved the name of the group and the different ways the name could be interpreted.

It seems so long ago and this weekend has arrived so quickly.
Thanks for all the good wishes from you all and especially Ken who has done so much to organise things.
See you in the next few days

Dave
Look after yourself and (each)others. All the best Dave ♫♫♫