Books signed by LC (to Marianne) at Christie´s

Books signed by LC (to Marianne) at Christie´s

Two items of interest at the Christie's "Valuable Books and Manuscripts" Auction in London on July 11, 2018. 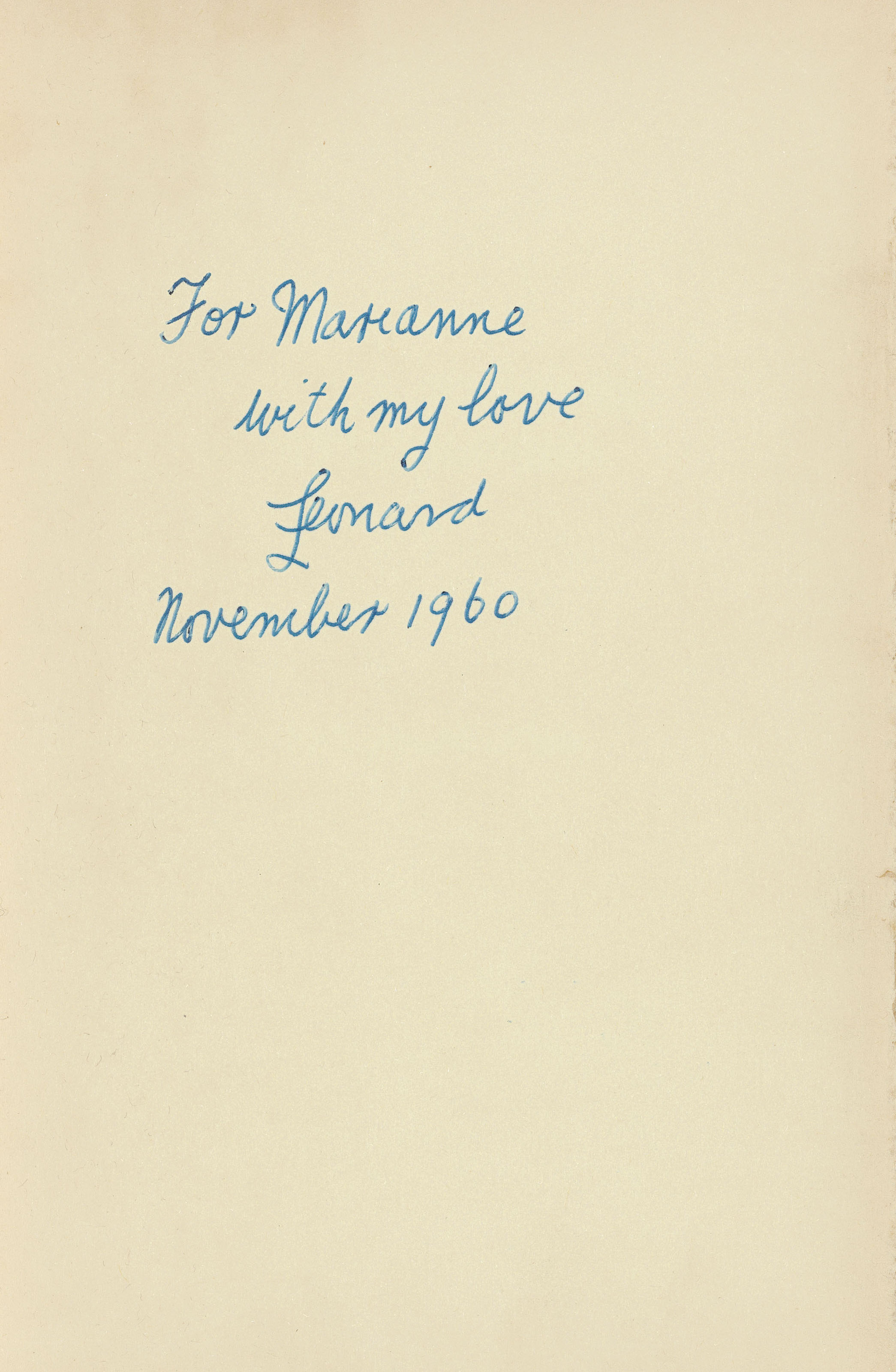 First edition of Leonard Cohen’s first book of poems, written in 1956, and presented to Marianne Ihlen in November 1960. Cohen had bought a house in Hydra in September 1960 and had only just met Marianne, who would become one his greatest muses. Let Us Compare Mythologies is a young poet experimenting with styles and beginning to explore themes ? Judeo-Christian imagery, philosophy, sexuality, death, a world of violent contrasts ? that would define his future literary and musical careers. 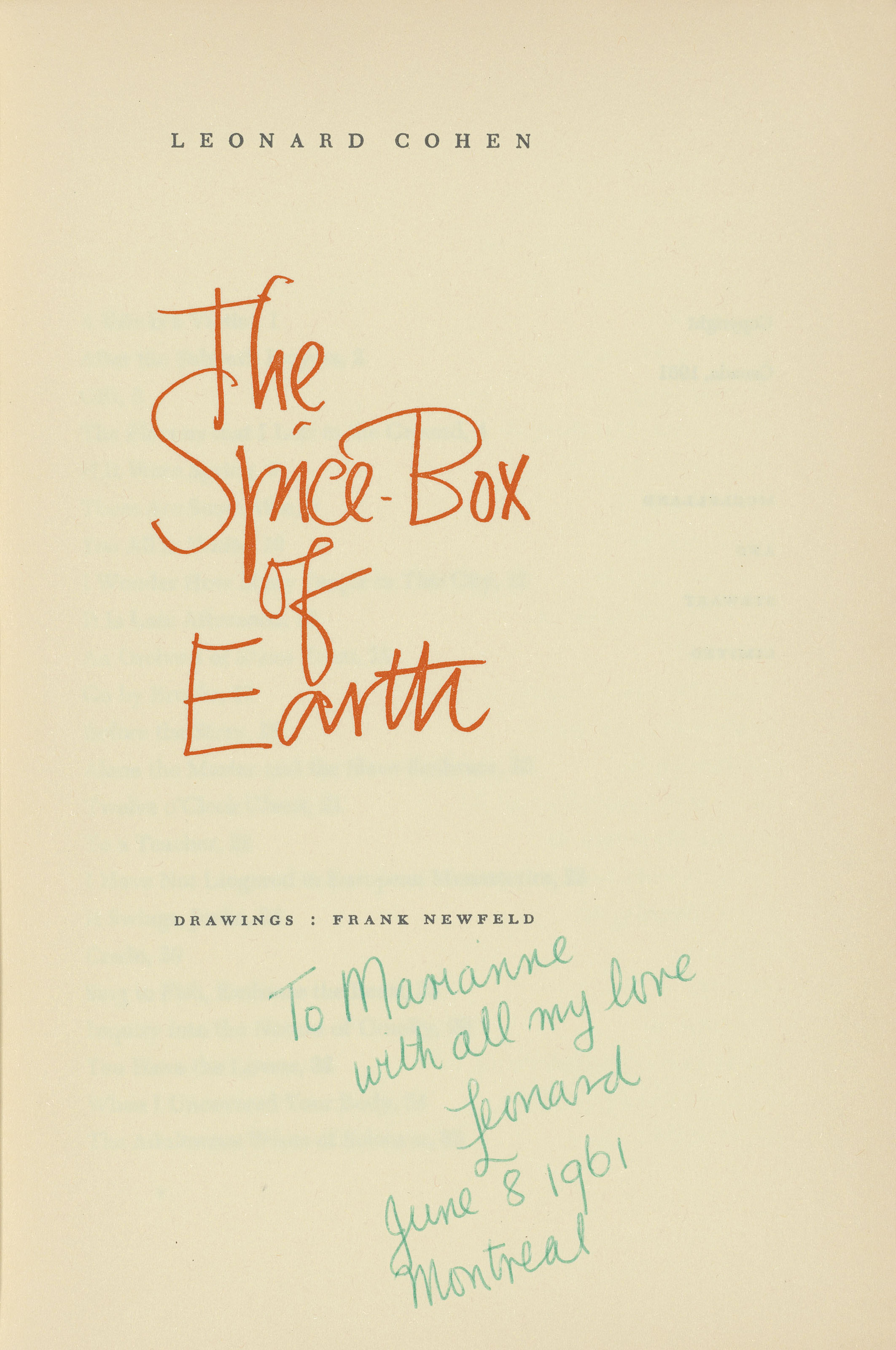 First hardcover edition of Cohen’s second book of poetry, inscribed to his muse, Marianne. The book brought Cohen a measure of early literary acclaim, but despite the influential Canadian critic Robert Weaver's assessment of Cohen as 'the best young poet in English Canada', Cohen himself refused the label: 'I think the term poet is a very exalted term and should be applied to a man at the end of his work [...]. I would never assume that title unless it's been awarded me by a very good and long performance'.

Octavo (210 x 144mm). Half-title printed in green, headings in red, other text in black, numerous illustrations by Frank Newfield. Original patterned boards backed in black cloth, printed portrait vignette of the author, titled in red on upper cover, lettered in gilt on spine (without the dust-jacket). Autograph inscription in green ink: 'To Marianne / with all my love / Leonard / June 8 1961 / Montreal'. Provenance: by descent from Marianne Ihlen.

Re: Books signed by LC (to Marianne) at Christie´s

There are 6 items on sale with reference to LC. They all come from the descendants of Marianne Ihlen.
4 books and 2 pieces of jewelry.