Just wanted to let you know that a major part of my collection will be auctioned off on January 30, 2014 (Sale 525) at PBA Galleries in San Francisco. The auction listing is up now and in a few days a catalogue will be printed as well.

There will be several items by LC and Anjani and others. One item is LC's only signed broadside poem that's being officially presented to the public for the first time. It's a beauty. And also one by Anjani.

There will be books by the Beat writers, Ferlinghetti, Ginsberg, Bukowski and many others. People may bid now or bid live on the day of the auction on January 30th at 11 am (Pacific time).

Take a look and I'd be happy to answer any question you might have about my portion of the auction (there are books by Richard Synchef as well). Our books are all mixed together.

Re: LC related items at auction

Here's more about this auction posted at The Book Tryst. The auction takes place today/tomorrow, January 30th -
Click on the link below to see more images -


Wednesday, January 29, 2014
Leonard Cohen: You Do Not Have To Love Me At Auction (Or Anywhere Else)
by Stephen J. Gertz 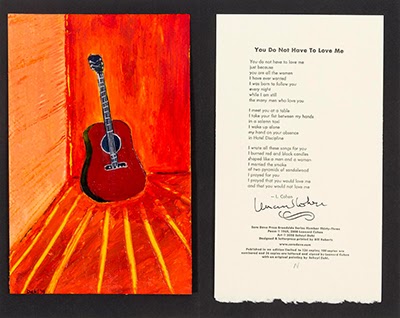 A copy of Canadian poet and songwriter-singer Leonard Cohen's poem, You Do Not Have To Love Me is being offered by PBA Galleries in its Beats, Counterculture & the Avant Garde, Richard Synchef Collection Part II sale tomorrow, January 30, 2014. It is estimated to sell for $400 - $600.

In letterpress designed and printed by Bill Roberts (of Bottle of Smoke Press) and tipped-in to black paper card, it is copy "N" of 26 lettered copies signed by Cohen of a total edition of 126. Originally published in 1968, it is here issued as Sore Dove Press Broadside Series Number 33, published in 2008. It has already become quite collectible.

Facing the poem is an original oil painting by artist-poet Soheyl Dahl. 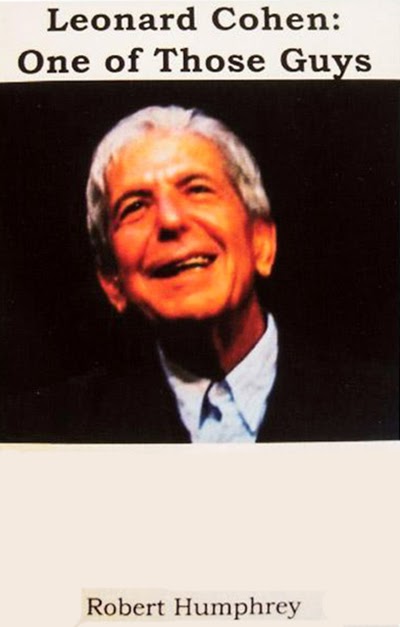 As part of the lot, a copy of singer-songwriter (and Leonard Cohen collaborator) Anjani Thomas' poem, Holy Ground, is being offered. No. 31 of 100 signed copies, it, too, is in letterpress designed and printed by Bill Roberts. It was published by Sore Dove Press in 2009.

"Sore Dove Press is edited and published by Soheyl Dahi, an artist and poet living in San Francisco. It is a progressive press that publishes poetry chapbooks and broadsides by established poets ranging from Lawrence Ferlinghetti, Diane di Prima, and Jack Hirschman to newcomers like the talented actress and poet Amber Tamblyn. The press also actively looks for and publishes poets to make their debut in print. The chapbooks and broadsides are printed in small editions. A limited number are signed by the poets and when possible a lettered edition with an original painting by the poets is included" (website - http://www.soredove.com/ ).

Images courtesy of PBA Galleries, with our thanks.
Posted by Stephen J. Gertz at 2:30 AM