This is for your own works!!!
Post Reply
934 posts

lead on, my son, it is your world! 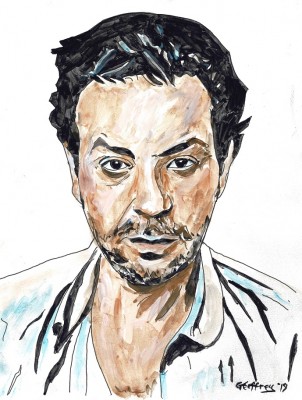 solongleonard wrote: ↑
Tue Feb 12, 2019 2:36 am
A new artificial intelligence programme from Japan allows you to draw anything with your thumb and it will autocorrect to what it thinks you were trying to draw.

Geoffrey, have you now tried this teaching "tool", and did it improve your drawing talents?
yeah, well, errrrm, hum, yeah, ok, I dunno, articulation is not my fing, who cares, SHUT IT YOU MUPPET, blah blah blah
Top

sideways wrote:
>geoffrey, have you now tried this teaching "tool" . . . ?

yes, unfortunately i did, and haven't felt so disgusted since someone tried to convince me that the methane released by cows breaking wind is responsible for the destruction of the ozone layer. i can't abide filth, you see, and there's a line in 'beautiful losers' that i've always considered repugnant: ". . . after the waiter had made his stiff exit, nothing remained of him but the vague stink of his sulphurous flatulence".

a neighbour at christmas gave me a 'flip-over' calender, one with 365 bible quotations. i opened it, thanked her profusely, and stood it on my sideboard, saying i would think of her every morning when turning it to the next page. she called by again yesterday, and as we chatted she pointed out that her gift was still on 1st january. i was so embarrassed, wanted the floor to swallow me up! i was also embarrassed when you brought to my attention that obscene 'drawing' app - so thank you very much for that, you evil-minded little delinquent you

I am so puzzled by your post. As you know I am an accomplished artist and once took the Bronze Prize in the International Art Competition, La Triomphe de La Maison Mine. The Judges commented that I was let down by my floppy anatomy. This tool has given me great hope of a Second Place in the next Competition!

Sadly, you seem to have confused the aesthetic of a body and its decaying perfume emissions.

I invite you to open your creative mind.
yeah, well, errrrm, hum, yeah, ok, I dunno, articulation is not my fing, who cares, SHUT IT YOU MUPPET, blah blah blah
Top

ok. i opened my creative mind, and out came a picture for you to colour, and enter into the next competition - two men talking to each other. good luck! 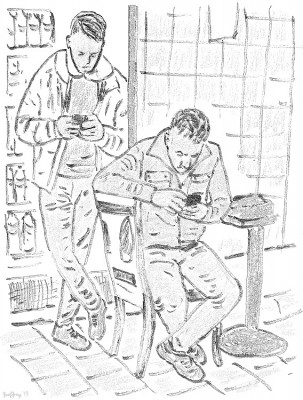 this is a delightful composition, well done indeed! I will follow your suggestion and enter it in the text competition.
yeah, well, errrrm, hum, yeah, ok, I dunno, articulation is not my fing, who cares, SHUT IT YOU MUPPET, blah blah blah
Top

Sideways wrote: ↑
Mon Mar 11, 2019 12:48 am
this is a delightful composition, well done indeed! I will follow your suggestion and enter it in the text competition.

fair enough. a few stolen moments before mustapha wakes up. no date yet when he is leaving, but i think it will not be so long, maybe a week, or just over, hopefully. he's been here now for 12 days, have to go can hear him
Top 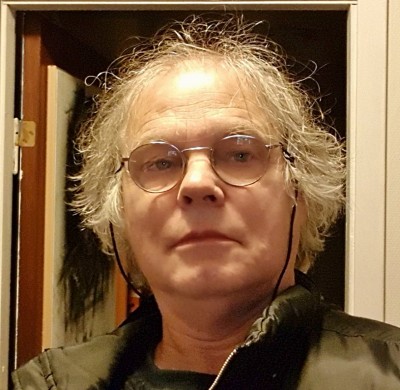 back to normal from next thursday.
meanwhile, pic of my 'ecco' shoes, size 47 - taken this morning 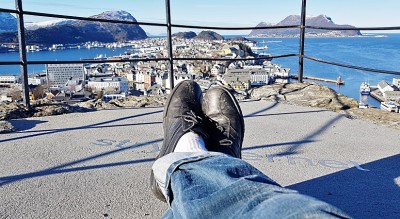 I can safely say, without fear of clichediction ( as no-one reads this forum), that you join Dave The Dane, Julian the Swede, Nemi the Vamp, and Jarkko the Finn, in the Top 5 Handsome Scandinavian personas.
yeah, well, errrrm, hum, yeah, ok, I dunno, articulation is not my fing, who cares, SHUT IT YOU MUPPET, blah blah blah
Top

Hilarious! The Left boot is undoubtedly size 46 1/2, the right is correctly 47. Wow! The shop saw you coming! And we will all hear you going, ( twice actually - due to the name of your designer footwear).
yeah, well, errrrm, hum, yeah, ok, I dunno, articulation is not my fing, who cares, SHUT IT YOU MUPPET, blah blah blah
Top

sideways wrote (edited for 'reader-friendly' brevity):
>i can safely say . . . that you join . . . the top 5 [most] handsome scandinavian personas.

thank you, sideways. am currently inland, visiting friends
who are staying at a mountain cabin near straumgjerde.
bleak and cold dawn in the sunnmørsalpane, as can be seen
from this view from small motor boat crossing fjord at 7am.

"i sang my songs, i told my lies, to lie between your matchless thighs" 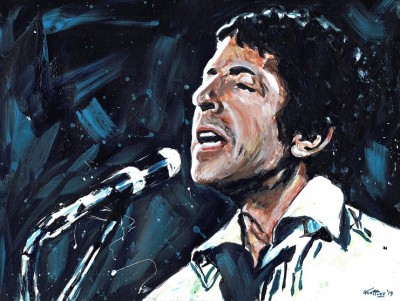 can't trust people.
two weeks ago a swedish shop assistant says my 'samsung s-pen' has
arrived at moa. was there today and it still has not come!

Would you have to buy another 25 pens for all the other letters of the alphabet? Seems rather silly to me, to have a pen for only one letter. I hope it makes a very lovely "s", for all your trouble in obtaining one.

And, does this "s-pen" also do an "S", in capital? I know that you abhor capital letters, but if this new pen only works for a lower case "s", then that's another 26 pens to buy (on top of the first 26!) for those of us who still adhere to tradition!
Top
Post Reply
934 posts