This is for your own works!!!
Post Reply
930 posts

monitoring this site is an activity that, despite an unbelievably congested agenda, is neglected by myself not at all. frequently looking in, whenever a few unoccupied minutes present themselves, remains a pleasurable and highly prioritised undertaking. in other threads have i recently been mentioned, but a desire to answer them anywhere other than in this one is overpowered by a sense of reluctance. the memory of seeing my name totally overwhelm this section of the forum a short while since, was far from in keeping with the part of my nature that demands i maintain a subdued behaviour. so, let not my silence in other threads offend anyone, as impoliteness is positively unintended. 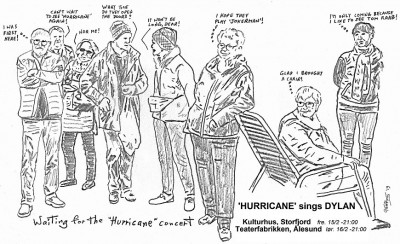 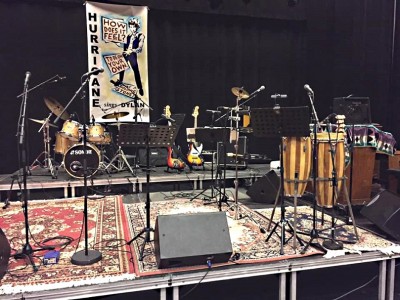 this top one i call:
"a lamb chops is succulent and you just cannot wait,
but you don't want to be told how it got on your plate" 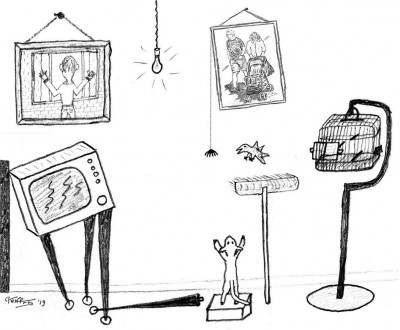 this next one i call:
"our incomparable sense of loss" 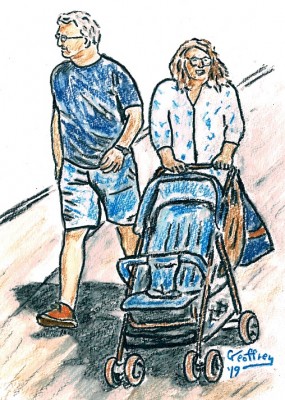 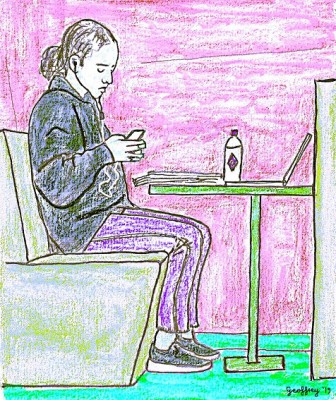 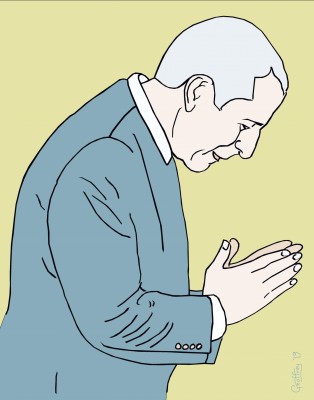 "dylan is the picasso of song, a figure that comes along every three or four hundred years,
and will remain a torch for all performers for many generations to come"
-leonard cohen 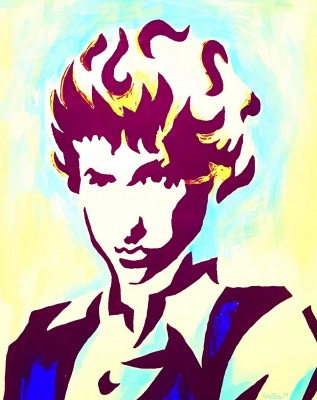 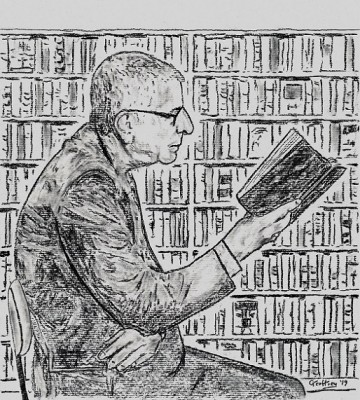 Excellent drawings as usual, thank you for sharing. I wonder if you take requests? As there is no indication of how long your gallery may last perhaps you can treat my desires as moderately urgent.

I am not a fan of Candle but I understand why you chose to illustrate the weird lyrics about locking himself in a shelf. Btw i far prefer his original draft then he hurt himself by eating an elf . The one line worthy of your attention is the sexy and enigmatic joyful And then I confess that I tortured the dress that you wore for the world to look through

I wonder if you could also tackle any part of Tacoma Trailer please. Older readers will remember my revelation of the lyrics

Hang your Washington on the line
When it's dry, I will cry
Yeah yeah Tacoma
Take me Homa

Or as a tribute to the Master could you perhaps sketch on the very rare alternative form of sporangium (a botanical term for a part of a fern or similar plant), “sporange”.

Whilst we are considering language, someone in the Poo Forum was asking the meaning of the well known child-rearing ditty
“If it’s Yellow
Play the cello.
If it’s Brown
Go to town”

Well known it may be but I don’t understand the imagery at all.

sideways wrote:
>excellent drawings as usual, thank you for sharing.

i didn't like it. updated it just now, gave him a backrest, but it's still totally awful. mustapha is coming in 48 hours, lahcen phoned and told me he's on his way. i don't know what to do, where he's going to sleep, we fight all the time, he just brings out the worst in me. so that's the end of this gallery, there's no way i can continue now, it's just so sad. lahcen said i can go to him in oslo, my room's always waiting, he said, and gunnar said i can take the coastal steamer up to him in trondheim, he's made a guest room for me, he said. my life is over now, god knows how long mustapha's going to be here, what shall i do? i can't stand all the fighting. i try to be so placid but after a while i can't take it and just explode and it gets dangerous. last summer we fought in a restaurant and everyone stopped eating and he shouted out that i have been circumcised and have no right to criticise him for having his newborn son's foreskin clipped off. i said my mother had me circumcised for medical reasons, not religious, the foreskin was too tight, she would never have committed genital mutilation she never went into a church in her life, and the restaurant manager asked us to leave because we were pushing each other and the chairs were falling over and the customers getting anxious. can you imaging the embarrassment, attacking me in public, shouting about my penis in a restaurant, there were people in there that knew me, this is only a small fishing town, even today i'm still afraid to look people in the face, and now he's coming back and i won't have access to my computer because he sits here all the time watching football. i was four years old when my mother took me to stroud hospital, long journey from our little cottage in uley. she couldn't visit me every day because of the bus fare, i remember every detail. well, mustapha does make all the dinners, i'll give him that, and he does make me do a lot of exercises, long brisk walks, but i can never do anything right for the friggin' git! i wish leonard was still around, he would tell me what to do.

>i wonder if you take requests?

nope, i don't, but i remember when you visited me last summer. it was so nice to have a decent person here, i was so proud when we met people, and i have kept as a keepsake the bottle of zam zam water you got from abderrahim when we attended that friday prayer at the mosque. 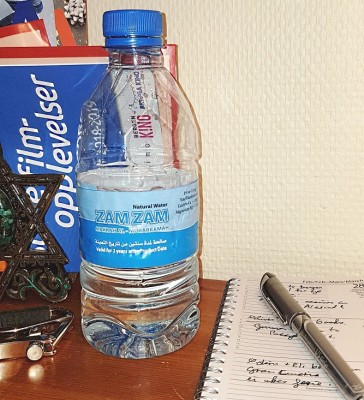 i was in the library this morning
and this man kept looking at me! 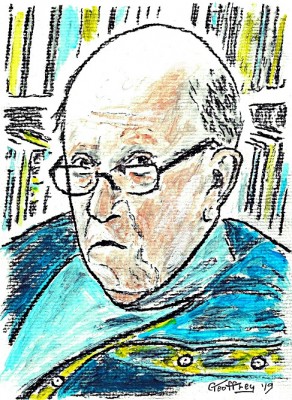 'sideways' wrote:
>. . . there is no indication of how long your gallery may last

i know. look, mustapha will be here soon. he's arriving late tomorrow night at about 11pm. - so i won't be allowed to come in here as much, unless it's when he goes out, but he often makes me go with him. he can be quite horrible, doesn't like me making pictures, and gets angry if i don't do what he says. he is a different person in front of other people, and they say how nice he is. last year it was so terrible, i dared to snap a couple of photos with my phone when we were alone in the kitchen of a hotel, to show others how it is when it's just me and him. he forced me to delete them but i sent them to my email first without him knowing. after tomorrow i will come back if i get the chance, but not sure when, because he can walk in at any time. goodbye everybody 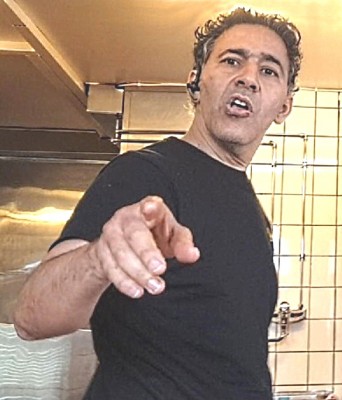 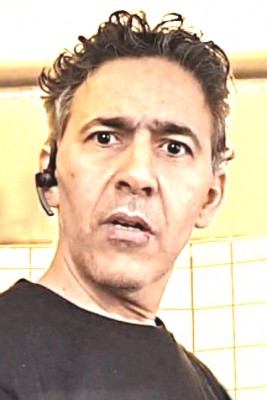 Re: when is -ending gallery?

There is still no indication of how long your gallery thread may last. I am sad about that. Talent here is very limited and I hate the thought that your picture thread may close down any day.
yeah, well, errrrm, hum, yeah, ok, I dunno, articulation is not my fing, who cares, SHUT IT YOU MUPPET, blah blah blah
Top

Sideways wrote: ↑
Sat Mar 02, 2019 10:58 pm
There is still no indication of how long your gallery thread may last. I am sad about that. Talent here is very limited and I hate the thought that your picture thread may close down any day.

it's early morning here, and a minute before anyone awakes has presented itself. several tiny images have been scratched into a sketchbook during unobserved moments; here is one of them. not very good, but doing something secretly seems to give a feeling of satisfaction 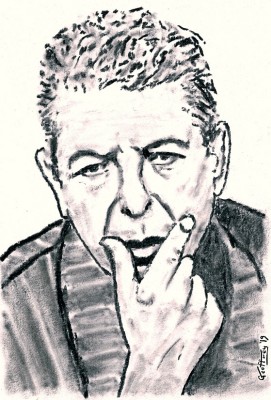 sometimes i find i get to thinking of the past
Top

...you don't know what your labelling about, Geoffrey

He's not so much "thinking" as absent-mindlessly reflecting and moving toward contemplating a whole range of pasts..
he is connected to the dis-connection
sauntering through unholy lands
and he hasn't landed yet

It is terrible
as in terribly beautiful...


Gloria Fetmet
"Without light or guide, save that which burned in my heart." San Juan de la Cruz.
Top

mat james wrote:
>...you don't know what your labelling about, Geoffrey

>
>He's not so much "thinking" as absent-mindlessly reflecting and moving toward contemplating a whole range of pasts..
>he is connected to the dis-connection
>sauntering through unholy lands
>and he hasn't landed yet
>
>"I set out one Night
>but I did not know..."
>
>It is terrible
>as in terribly beautiful...

moving into this thread was kind of you, and grateful am i for that. thank you!

. confined to this one is my predicament, more or less, but respond with pleasure should a visitor happen by. in a different thread you mention my name, as if myself you believe to be the author. everyone's ISP can be seen by the webmaster, and while confirming a person's identity is not normally an action he takes, if a good mood has descended upon him he might divulge who someone is not. perhaps a better solution for you than making an assumption?

. exceptionally limited is my time online, and for some weeks hence will remain so - but popping in during opportune moments is a solid intention. thank you again. below . . . a page from a current sketchbook, evidence of artistic incompetence 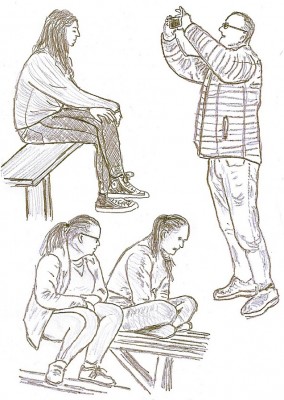 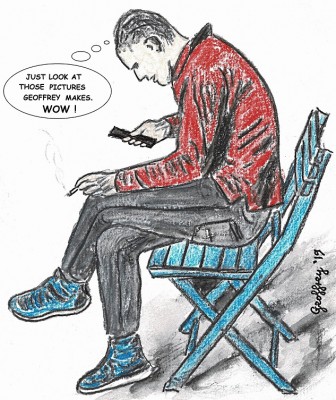