This is for your own works!!!
Post Reply
707 posts

it's very nice to get your news, curt. you sound quite well. judging from one or two posts in other areas of this forum it seems the virus is attacking the brain - so let's hope recovery is swift. meanwhile, greetings to joann, stay safe - and i'll be back later 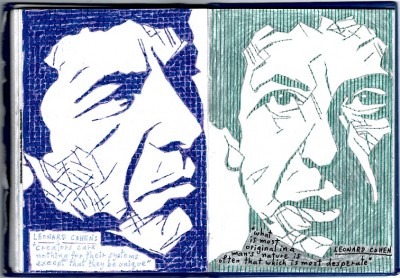 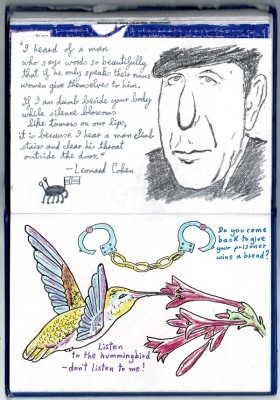 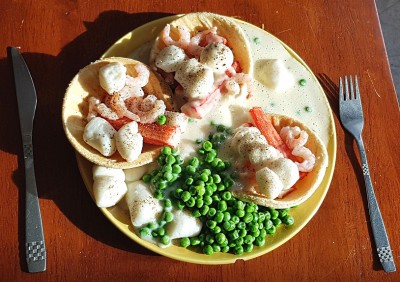 LisaLCFan wrote: ↑
Fri Apr 03, 2020 6:28 pm
Thanks, glad you liked it! (it's a watercolour painting, actually). Have you ever tried your hand at art? It's a very enjoyable diversion!

Lisa, the problem with me and art is, I am wired for numbers and details and not style and nuance. I think this is termed as being left-brained. A right-brained person can (I surmise) look at a hummingbird and flower and grasp an impression of what she sees and then recreate that that impression on paper. A left-brained person cannot do that, I would look at the hummingbird and flower and focus on the details and try to put those details to paper. In other words, I can (crudely) draw the trees, but not the forest.

I am going to digress because writing about drawing reminded of something. I assume this long digression is OK, as none of us in in much of a hurry these days. When I was growing up I read comic books like most kids, or most boys, anyway. However, by age eight or nine, when others had "graduated" to what were called the action-hero comics (Superman, Batman, etc.) I still preferred Disney comics. But not all Disney comics, just certain ones. At that early age I discerned that the stories I liked were different and better, but I did not know why. Since all the Disney comics just said "Walt Disney," all the young readers just assumed old Walt write them all, so why would one story be much different than another? Anyway, over the next few years, as I found other interests, the comic book collection was given away, and those stories I loved mostly forgotten. I would learn why I liked those certain Disney stories, and why they were better than the others, but not for many years. In the mid-1980s while at a used bookstore, I came across a book called something like "Comic Book Price Guide," and thought it would be interesting to look through it and see how much those old comics would be worth if I still had them, so I bought it. As I looked in the Disney section to find the comics I remembered, I noticed something strange: Generally those books had far higher values than most; and strangely, the "good" comics that I remembered all had the notation "Barks." It turns out that all of the Disney comics that I thought were the best ones were not written and drawn by Walt Disney, they were created by a man named Carl Barks. It also turns out that I was not the only fan of his work, he had a very large following in North America and in Europe (most notably in Italy and Scandanavia). Eventually I purchased a complete collection of his comic book work, The Carl Barks Library, and still reread those old stories when I have the urge. Carl Barks passed away at age 99 in 2000. [Much information on Carl Barks and his work is available on the internet should anyone be curious.]

its4inthemorning wrote: ↑
Mon Apr 06, 2020 3:41 am
...the problem with me and art is, I am wired for numbers and details and not style and nuance. I think this is termed as being left-brained. A right-brained person can (I surmise) look at a hummingbird and flower and grasp an impression of what she sees and then recreate that that impression on paper. A left-brained person cannot do that...


Yes, I've certainly heard this left-right brain explanation/excuse before. It is quite possibly a myth based on a vast oversimplification of how the brain works (pop-psychology has a lot to answer for...). There are people who are quite adept at activities from both "sides" of the brain, so it does not have to be an either-or situation. This is a nice little article on the mythology of the theory:

I do believe that different people have different aptitudes, and that some people have more aptitudes than others. It is obviously the case that some people simply are not very good at certain things, while others are better at them -- there is, after all, a broad range of abilities to be found amongst human beings, and in many ways, we are not "equal" in what we can do.

However, I also believe that some people can convince themselves of personal shortcomings, often based on pop-psychology myths, but the reasons may be myriad. People may then use those myths, etc., as excuses for their supposed shortcomings and/or for their behaviour, instead of simply trying to do something different from what they are accustomed, or trying to overcome barriers that they think are insurmountable (but which may not be, given a bit of effort). Of course, one must be willing to try, and it may not be easy to overcome deeply ingrained habitual thoughts and behaviours (and, some people may simply be better at such efforts -- or at least, more inclined to them -- than others).

Whatever the case, I, too, used to read comics as a kid (some girls love them!), and I also always favoured Disney (and similar comics, although Carl Barks was before my time) over the Superhero sort. I did, however, love to watch reruns of the late 1960's TV shows Batman (live action) and Spiderman (cartoon), even though I seldom read those types of comics. But, not being a nostalgic sort, I've not kept up on them.

Marsh marigolds are quite lovely -- I had to look them up, as they are not a flower with which I was familiar. It does seem to be the case that many early-blooming Spring flowers are particularly vibrant and cheerful, which is definitely a nice touch for those who have endured the winter. No sign of Spring here -- it is still cold and snowy.

Hope you're all hanging in there! Cheers!
Top

Excuse me Young Myth, if I may make a comment. Your President has a beautiful, really beautiful aptitude towards Life. I describe it as positive, like his drug test. You have never shown an interest in major crime before and your public endorsement of Marigolds. Les Gloves "Dodgy"de Nos Jours rather surprises me. You are obviously confident that True Crime Leaves no Traces. 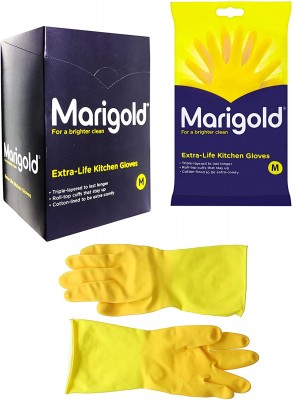 SOME PEOPLE NEVER GO CRAZY.
WHAT TRULY HORRIBLE LIVES
THEY MUST LEAD
Top

solongleonard wrote: ↑
Mon Apr 06, 2020 7:48 pm
Excuse me Young Myth, if I may make a comment. Your President has a beautiful, really beautiful aptitude towards Life. I describe it as positive, like his drug test. You have never shown an interest in major crime before and your public endorsement of Marigolds, Les Gloves "Dodgy"de Nos Jours rather surprises me. You are obviously confident that True Crime Leaves no Traces.


Make mirth if you like, with your flowery speech, but I'll have you know that I have always been tough on grime.

As for my country's leader, why would I want to escape Justin? And, it's not March, it's April.
Top


here's a beginner's test for you-


Has your Leader been in place for years? No, he's ******
SOME PEOPLE NEVER GO CRAZY.
WHAT TRULY HORRIBLE LIVES
THEY MUST LEAD
Top

Where's Geoffrey with a sketch of Muhammad Ali when you need him? All diversionary tactics are welcome!
Top

I'm afraid I don't understand your answer. I have carried out considerable research and the correct answer is that he has indeed been in place for years.


Bit of an exclusive and I can share publicly now that he was first elected Prince in 2015!
SOME PEOPLE NEVER GO CRAZY.
WHAT TRULY HORRIBLE LIVES
THEY MUST LEAD
Top


Yes, but at that time he used an unpronounceable symbol for his name, and was generally referred to as "The Prime Minister Formerly Known As Pierre Trudeau's Son".  Then, after winning a boxing match against a Conservative Senator*, he reverted to his original given name, Geoffrey. However, after a while, he got tired of being asked to paint pictures of Muhammad Ali, and henceforth became known as "the hottest national leader in the world". It is only more recently that has been known simply as "Justin". 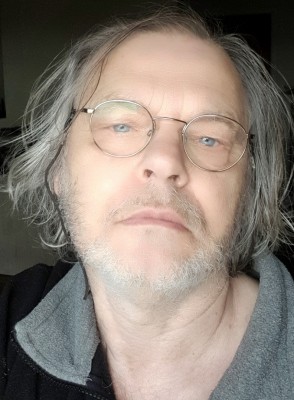 sorting stuff out. one of these old jackets might be recognised as being worn once by someone other than myself 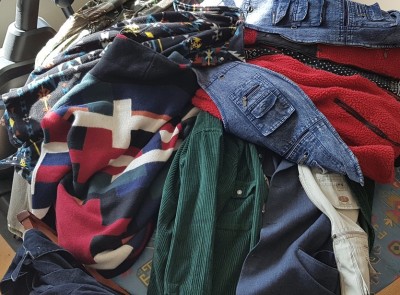 I recognise one of those "jackets", as you Canadians quaintly call them. Here in Norway we call them "robes". Which robe are you saying Ali wore? What was the result of the fight -did he lose as usual? You remember his trainer Angelo Dundee's tribute poem.

The bell has rung, it's time to fight
move your fucking feet
you throw your left as if it's real
A thousand losses straight


I'm not sure it was an inspirational verse.


"Here is a picture taken of me when I was younger" "Every picture was taken of you when you were younger".
SOME PEOPLE NEVER GO CRAZY.
WHAT TRULY HORRIBLE LIVES
THEY MUST LEAD
Top

thank you, michael. as a token of appreciation, i made this picture for you to print and frame and put on the wall behind your desk. it will inform your clients just how much respect you have for everyone. you might wish to play them some music, too 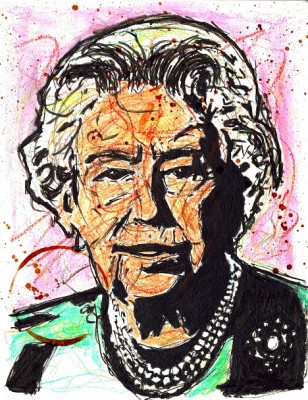 Johnny Rotten! I love him and you have captured him imperfectly! Well done!!!
SOME PEOPLE NEVER GO CRAZY.
WHAT TRULY HORRIBLE LIVES
THEY MUST LEAD
Top

i thought you might have preferred sid, especially as he was involved in an unfortunate episode with nancy and her green stockings at the chelsea hotel. nothing really surprises me any more, though. you get ralph waldo emerson saying "never lose an opportunity of seeing anything beautiful, because beauty is god’s handwriting", and then i see pictures of what i take at first to be a strange and splendid flower, only to discover that it's actually a coronavirus. norway is going back to normal after easter, everything is opening again - it's finished.
-------------------------------------------------------------------------
i made a colourful little sticker for you to put on some of your CDs, mike, in case you get visitors who have never heard of mr cohen. you won't need this kind of thing on your zappa albums. 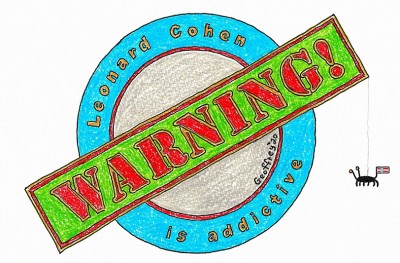